New York City’s MTA is facing massive cuts and fare hikes as a result of a budget crisis. These proposals will hit the working class hardest. 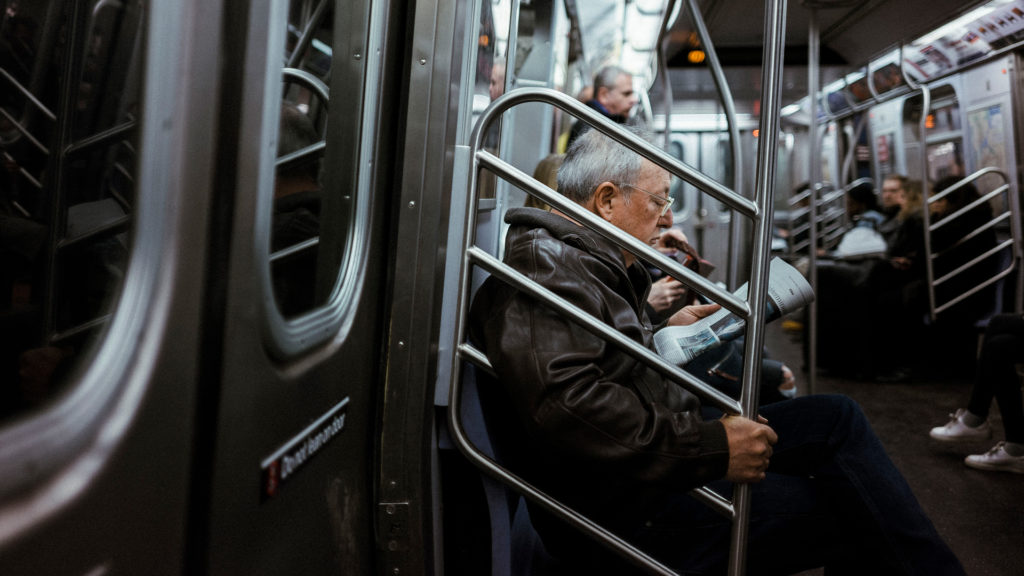 On Wednesday, officials at New York City’s Metropolitan Transit Authority (MTA) announced the details of proposed cuts due to a $12 billion budget shortfall. Among the proposals are a 40 percent service reduction across subways, a 50 percent reduction to the Metro North and Long Island Railroad commuter lines, and the elimination of certain bus routes. Up to 9,400 MTA jobs would also be slashed, and fares would increase.

The coronavirus has slammed the MTA and public transit workers. By some estimates, nearly one in four MTA workers has been infected with the virus, and over 130 workers have died. Compared to pre-pandemic levels, subway and commuter line ridership has declined by 70 percent, and bus ridership by over 50 percent. These drops in public transit riders have led to a commensurate plunge in revenue: the MTA is losing an average of $20 million per day, straining an already distressed system. With schools closing again and many offices and businesses remaining shut for the foreseeable future, these massive budget holes will only deepen.

The coronavirus pandemic may have hastened the MTA’s deterioration, but it by no means started it. Although New York City is one of the wealthiest cities in the world, its public transit system has infamously been neglected and underfunded for decades under both Democratic and Republican leadership. Much of the subway switching and signalling infrastructure is over 100 years old, service is increasingly unreliable, and the vast majority of stations are in need of repairs. Trains and stations are notoriously cramped and poorly ventilated, and Governor Andrew Cuomo even declared a state of emergency in 2017 after a series of malfunctions and a derailment.

The reasons for this neglect are clear: the MTA primarily serves working-class New Yorkers, especially as they get pushed further out of the city due to gentrification. People of color make up two-thirds of subway riders — and an even higher proportion of bus riders — and 70 percent of the MTA workforce. By contrast, the wealthy can find ways around public transit, particularly because city planners have long prioritized drivers and the car industry. Politicians and the capitalists they serve are happy to cut services like public transit which harm the working class.

The enormous impact of these cuts and fare increases cannot be overstated. The cost of a trip would jump from $2.75 to $3.75 — a staggering 36 percent increase. (Previously, the MTA only increased fares by around three to four percent every two years.) Officials are also considering scrapping the 7- and 30-day unlimited MetroCards, a huge blow to commuters. These fare hikes come even as New York faces an affordability crisis: The cost of living increased at twice the rate of incomes between 2005 and 2017, and a growing number of New Yorkers struggle to make ends meet.

Capitalists need workers to get to work, but they do not care about their quality of life or the financial pressures that commuting imposes. Cuts to public transit will mean more time spent on subways and buses, and more time spent calculating and switching to faster and cheaper routes. As long as workers can arrive on time at the workplace, capitalists do not care that it requires  a 20-minute walk to the station, taking three different crowded modes of transit with significant delays, and spending a quarter of their hourly wages.

The coronavirus pandemic has exacerbated these stark inequalities, and will amplify the consequences of the proposals. Those who have lost their income as a result of business closures will face further financial hardship as a result of the steep fare hikes. Additionally, working-class Black and Brown people make up an overwhelming majority of jobs deemed “essential” during the pandemic such as MTA workers, home health aides, janitors, delivery workers, and grocery store workers. These workers, unable to work from home or socially distance like the wealthy, find themselves packed onto crowded trains, particularly as the MTA has reduced services on some lines. These conditions are a tinderbox for infection, and further cuts will only increase these dangerous levels of crowding.

New York politicians have deliberately and systematically underfunded the MTA. While public transit crumbles, they prioritize projects which benefit the wealthy, such as the Second Avenue Q subway line which serves one of the city’s wealthiest neighborhoods. They were also happy to spend $25 billion on Hudson Yards, the “billionaire’s playground” office, shopping, and apartment complex on Manhattan’s West side.

When politicians like Governor Cuomo or Mayor Bill de Blasio do take interest in the subway, it is primarily to add police officers to criminalize the poor and people of color. Last year, the MTA added 200 police officers and 300 of its own officers to patrol subways and buses, and approved adding a further 500 cops. Over 2,500 NYPD officers now patrol the subways, brutalizing turnstile hoppers and the unhoused. This rise in patrolling comes amid constant increases to the police headcount — this summer, Mayor de Blasio approved hiring 900 new officers, bringing the total to over 34,000. There is endless money for the police, the armed wing of the capital, but no money for the working class and the public transit they rely on.

Public transit should be free, accessible, safe, and reliable. New York is one of the wealthiest cities in the world with one of the highest concentrations of millionaires and billionaires — a safe, well-functioning transit system could be easily paid for, but politicians like Cuomo and de Blasio will do everything in their power to avoid taxing the rich. While overall ridership is down and the wealthy work from home or find alternatives, public transit is still essential to New York City. The proposed cuts would devastate the city, and the chaos caused by the 2005 MTA strike is testament to the power of these workers. The Transit Workers Union has the capacity to wield this enormous power on the behalf of not only transit workers, but the entire working class of New York City. Workers and unions need to take up the fight against these cuts, and make sure that working class New Yorkers don’t pay the price while politicians govern in the service of capital.