Murderous Cop Kim Potter Gets Slap on the Wrist 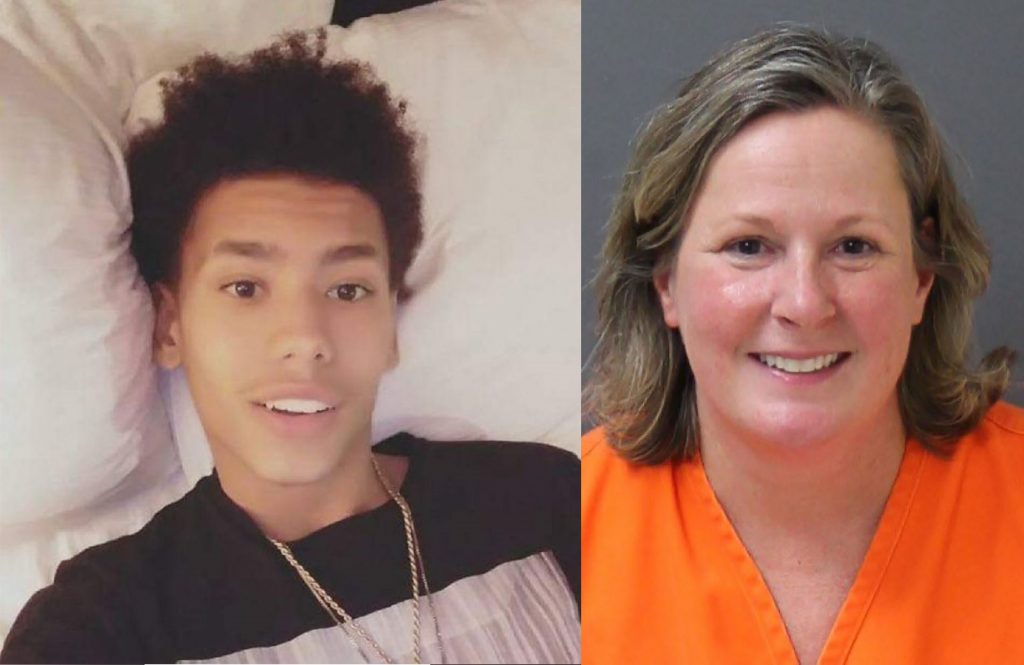 Daunte Wright was 20 years old. He was the father of a little boy.

Potter claims that Wright was trying to drive away, so she yelled “Taser!” took out a gun, and shot him in the chest. A taser is bright yellow and weighs just under a pound. A gun is black and weighs just over two pounds. Potter was a twenty-six year veteran on the police force. And yet we are expected to believe that she didn’t realize what she was doing? We are expected to believe that she would have treated a twenty year old white boy the same way?

This murder happened while Derek Chauvin was on trial for the murder of George Floyd only a few miles away. Even the threat of a PR nightmare wasn’t enough to stop cops from murdering Daunte Wright.

In December, a mostly white jury convicted Potter of both first- and second-degree manslaughter. The decision claimed that Potter acted recklessly and should be held responsible. State guidelines would have given Potter a recommended seven year sentence, but the crime carried a maximum sentence of 15 years. This is a product of the mass movement that brought police murder of Black people to the spotlight, questioned the very existence of the police, and agitated for the convictions of Chauvin as well as Potter.

With the conviction of Potter, some may have begun to believe the system could be reformed. Less than a year after the Chauvin conviction, could it be that at least in Minneapolis, cops don’t get away with murder? Could the police force and the courts be reformed to stand on the side of Black people and the working class?

Judge Regina Chu, in charge of Potter’s sentencing, sentenced her to two years, well below the recommended sentence according to state guidelines. She will serve 16 months with supervised release at the end of her sentence. Judge Chu choked back tears, saying that this was “one of the saddest cases” she’s seen. She said that “the evidence is undisputed” that Potter didn’t mean to kill Wright.

“This is not a cop found guilty of murder for using his knee to pin down a person for nine and a half minutes as he gasped for air,” the judge said. She added: “This is a cop who made a tragic mistake. She drew her firearm, thinking it was a taser, and ended up killing a young man.” The supposedly “impartial” judge asked people to empathize with Potter, and said Potter didn’t mean to hurt anyone.

The parents of Daunte Wright said this was a “slap in the face” — and they are right.

Arbuey Wright, Daunte’s father said, “They were so tied up into her feelings and what’s going on with her, that they forgot about my son being killed,” he said. “We actually thought we were going to get a little justice.”

“What we see today is the legal system in America in Black and white,” Ben Crump, an attorney for Wright’s family, said after Friday’s sentencing.

Immigration lawyer John Bruning tweeted about Judge Chu’s double standard. He said,  “Strange, this wasn’t Judge Chu’s demeanor when she sentenced my client to 75 months for trying to break up a fight, which resulted in her deportation to a country she hasn’t been to since she was a child and separation from her own young children.”

He went on to explain that a white man instigated a fight, which his client and her friends tried to break up. Brunin says, “According to Judge Chu, this conduct was so egregious that it merited over six years in prison and deportation away from her young children, and a worse sentence than anyone who threw punches or caused injuries.”

Chu only has tears and sympathy for white cops. She has no problem deporting Black people, and no sympathy for Daunte Wright or his family.

Meanwhile, the police just keep murdering. Earlier this month, Amir Locke, just 22 years old, was murdered as the cops executed a “no knock” warrant in Minneapolis.

We cannot depend on this racist “justice” system to stop racist murderous cops and the capitalist system they protect. We need a mass movement of workers and the oppressed to stand up to police violence against Black and Brown communities. Justice for Daunte Wright!