My City Was Underwater Because of Capitalism

To stop climate change, to win dignified and safe housing for all, and to save the neighborhoods and neighbors we love dearly, we have to destroy the capitalist state and replace it with a socialist one. 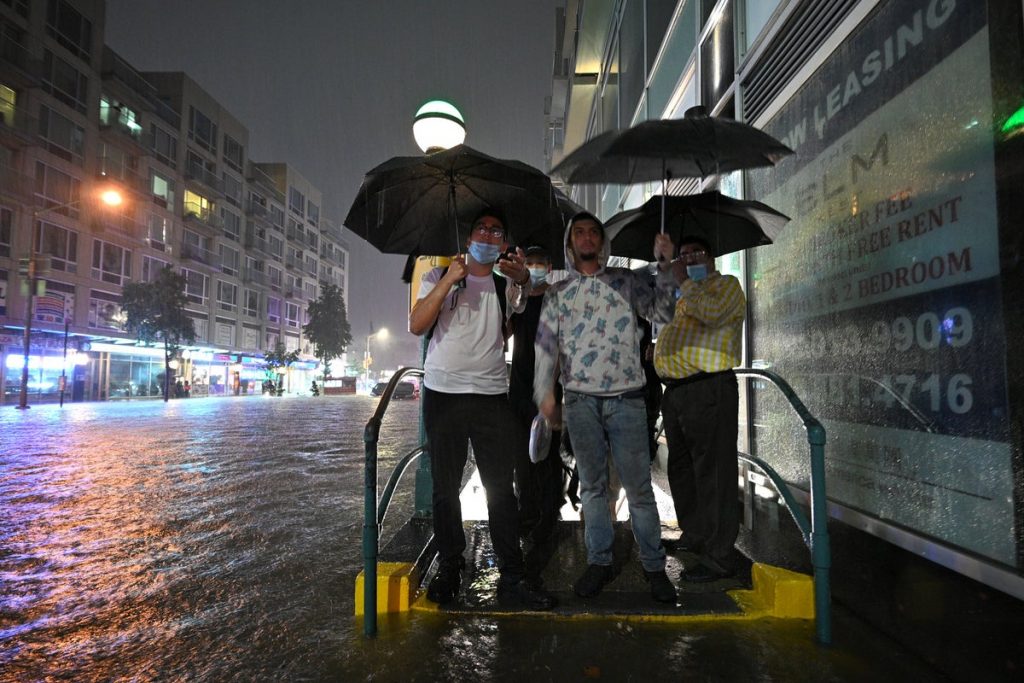 After seeing the city that cradled me in concrete, Haitian cuisine, and block parties that blast dancehall, 90s/2000s R&B, and reggaeton, submerged under water — I can’t help but feel heartbreak and rage. My city flooded because of capitalism, and my rage is solely directed at the capitalists and their guard dog state that callously let my beloved city be washed away by sewage water. This anger is not mine alone, and once we are organized, the capitalists will have to answer to the countless hearts seething with despair and vitriol.

The floods in New York City may have been one of the worst disasters that this city has ever faced. It was a catastrophe that cost people all of their worldly possessions and robbed 41 people of their lives. A catastrophe that took the futures of 41 people, that took away their ability to take a deep breath on a temperate summer’s day, the possibility of kissing their children, or laughing and drinking with friends over a movie or conversation. This tragedy is compounded by the fact  that 11 people found dead were trapped in illegal basement apartments, which are frequently rented out to immigrants for cheaper prices.

This struck an immediate chord with me. I have an aunt in Canada, a Haitian woman living in similar conditions, because these conditions are the realities of immigrants within imperialist nations. They escape from an extreme poverty created by imperialism and the legacy of colonialism in their home countries for another lesser but still brutal poverty  in nations that don’t value their individual lives enough to provide them safe and dignified housing. If she had decided to live in New York instead of Canada, I question whether I would have had to find her lifeless body submerged in sewage water because capitalism renders our lives precarious in every sense? Will she inevitably one day become a victim of this fate as the hurricanes become stronger and flood cities and neighborhoods further north?

As I skated through Bedstuy on my way to my crappy factory job, after being kicked off of the G train before my stop due to limited service, I saw firsthand what those capitalists were doing to the working class and to the environment. There was trash everywhere on the sidewalks and street, and people were still pumping water out of their apartments and businesses. I saw the distraught faces of those who had lost everything, and their dread of not being able to afford to get a fraction of it back. All while I still had to go to work after a cataclysmic event that never should have happened in the first place.

The floods we witnessed on the streets and in the subways could’ve been avoided if infrastructure was built to redirect water flow. This was raised in  the 2019 FTP protests in New York that demanded money for better infrastructure and free public transit instead of putting 500 new police in subway stations that continue to crumble. Instead, the capitalist state and its dirty coppers beat us in the streets. Capitalism not only caused these floods that left people stranded in the subways and dead in basements; it vehemently ensured the prospect of this happening years before it actually did.

The capitalist state cannot be reformed to provide what we need; it must be overthrown. The capitalists don’t care if water levels rise and we drown in sewage, as they have their spaceships to fly away from the damage they caused.

Our fate is in our hands and the enemy is before us. To stop climate change, to win dignified and safe housing for all, and to save the neighborhoods and neighbors we love dearly, we have to destroy the capitalist state and replace it with a socialist one. In a socialist state,  we can democratically plan not only how our neighborhoods are built with our collective safety and well-being in mind, but also an economy that runs on  safe renewable energy..

We won’t get there by working with Republicans and/or Democrats who approve the construction of oil pipelines through native lands, or by collaborating with the national bourgeoisie of semi-colonial nations who approve business deals that are deleterious towards the environment. We, as the working class and oppressed, win only through our own international democratic organization as a revolutionary force —  a force that is fully and uncompromisingly intent on ending capitalism and establishing socialism. We absolutely will not allow the capitalists to have our lives and our planet —  the world is ours to win.