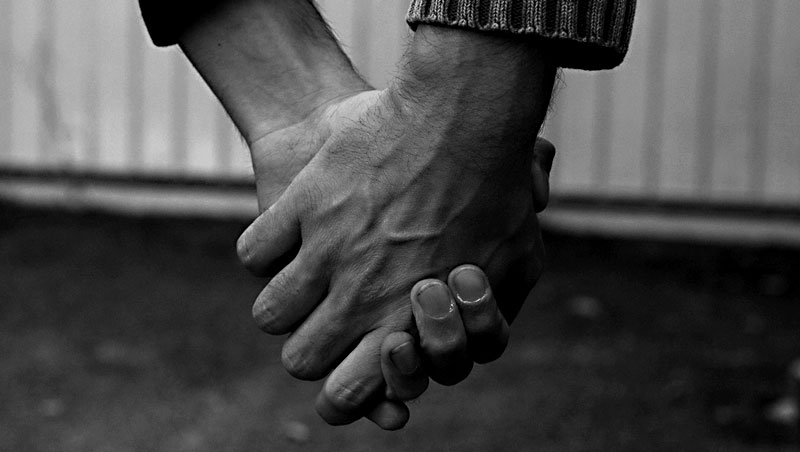 This is a translation of an article published in Révolution Permanente.

Coming to terms with a non-heterosexual orientation is even more difficult as a worker, under bosses that use our sexuality to humiliate us and keep us under their domination. Unfortunately, the history and struggles of working-class LGBTI people have been marginalized within organizations of the workers’ movement.

For example, through the 1970s, within Stalinist parties, being homosexual was a “tradition foreign to the working class.” Rachid’s story shows that the working class is also gay, lesbian, bisexual, trans, intersex, etc.

This is a story about the life and struggle of an immigrant worker in France, against a system that exploits, oppresses, but also gives confidence to workers in their daily struggle:

My father left Algeria and moved to France in 1947. At first, he worked in the northern mines from 1947 to 1951, and afterwards in the Faure Electroménager factory. In 1959, he married my mother and had four children. I am his second child, born in 1961, one year before the Algerian War. At age sixteen, I knew I was different from the rest.

At fourteen years old I had friends in the neighbourhood – we would lay in the grass in the summer, since we didn’t have money to go on vacation. At fourteen years old, all the boys are interested in girls, but I was looking at the boys. While my older brother looked under girls’ skirts, I asked myself, “Am I normal?” In my head I told myself that I had a problem….

Back in that time, I was a baker’s apprentice. I would go to school for three weeks, then work for three. We started work at four in the morning, instead of at six. The boss told us to keep our mouths shut and the other employees were also very unpleasant. All in all, I was treated like a slave. I worked six days a week and didn’t even receive a salary!

After three weeks of work, they gave me a ‘’salary’’ of two cakes and a brioche. When I came home, my father was very disgusted to see his son, a son of an immigrant, allow himself to be humiliated at his job.

During those years I didn’t reveal any sign of who I really was, even when I was attracted to a boy in the neighbourhood. Every time I saw him I trembled, but couldn’t express my feelings for fear of what they would say. Things got complicated when I entered the factory to work. My father made me work at Porcher in 1979; I was eighteen years old at the time.

One Saturday I went out to the nightclub with the boys from the neighbourhood. To show them that I was like them, I danced with girls. I even kissed one! But I was miserable, because I knew I was different. One day I looked in the mirror and said to myself, “I’m a faggot. What am I going to do?” I was very scared when I thought of what others would think. When you’re eighteen years old, you’re afraid for your future.

In the factory, every time I opened my locker, co-workers asked why I didn’t have pictures of naked girls, like the rest. As the working class, we’ve got a lot of those kinds of photos. A co-worker said to me, “Have you seen this pussy?” I didn’t say anything. I wasn’t interested. I was totally indifferent. At work they asked me, “How was your weekend at the nightclub? Did you fuck? And I would say yes, I flirted a lot. It was impossible to say that I was homosexual, especially when you come from a small city like mine.

Things start to get much worse when a colleague started to tell me every Monday, “How are you, artaïl?” Artaïl means faggot in Arabic. I would respond, “Shut up!” but it hurt because it was the truth and I was trying to protect myself.

I went to do my military service in Algeria from 1984 to 1986 and there, it was very complicated. In the quarters I was surrounded by very handsome guys, and I resisted! I knew things happened in the quarters, I knew that homosexuality was present. All the time I was divided between desire and abstinence.

During Ramadan, I rejected a guy because I didn’t want it to become known that I was gay. He was beautiful, without a doubt! Once I returned to France I was in and out of a lot of jobs. I worked some years in a fast food center in Paris. Later, I went to Savoy to work in construction on the Olympic installations for two years.

Finally, in 1993 I met someone: a bisexual African man. And it was that moment that I started to be who I am. It was then that my sexual life really began.

I think workers also have the right to their own sexuality and the right to happiness. The working class also has to be happy! Looking to the past, I regret that I didn’t come out sooner. But the situation didn’t allow for it, especially in a small town.

My family had begun to ask why I wasn’t married yet, when everybody else had children. They wanted me to do as they did. I was starting to feel suffocated by all the questions and stories of marriage, so I decided to “come out of the closet’’. I first told my brothers. At the time I was very thin and looked like I was sick; thus, my brother was afraid and thought that I was going to announce an illness.

My other brother, a railroad worker, is a very sentimental person – he cried and told me that I would always be his little brother, but that he was afraid of possible aggression (which was common at the time) and the consequences with our family and the neighbourhood. My father died before I ‘’came out of the closet.’’ It was very painful, but I’m glad that I didn’t tell him. I didn’t want to hurt him. My brothers agreed; I don’t know how he would have reacted.

In 2005, I started working in a university kitchen. The boss seemed like a good person at first and so did my coworkers. In 2007, everyone knew I was homosexual, and the boss told me he wouldn’t bother me, but this wasn’t the truth. What happened next confirmed this. He invited me to his desk to show me pornographic images on his computer, to get a reaction from me. Other times, he pushed me against a female coworker and said, “Enjoy!”

But I didn’t say anything because I was a precarious worker. I was the gay guy at the job and everybody made sure I knew it. This was all because I was in a precarious situation – otherwise I wouldn’t have let myself be treated that way! And the directors of the university didn’t do anything for years. It was worse than the factory.

One day, after a general assembly, a strike began. I meet with my boss and said, “Good morning, everything okay boss?” to which he responded, “What’s up, faggot?” The masks had fallen…. He used my precarious condition and my sexual orientation to crush me. He attacked me for choosing to participate in the strike. The strike against precarity also served to denounce this hierarchy.

Many people at that workplace suffered because the boss was also racist and sexist. He had to go. In the end, we won the strike, obtained the contracts we asked for, and the boss left. Unfortunately, they only changed his service so he is still there somewhere .

The working class has the right to happiness. We have to defend the diversity among workers. Being happy is important. There is much to be done in that sense.

Translated into by Camilo Contreras