On Thursday schools and businesses closed due to nationwide #DayWithoutImmigrants protests. 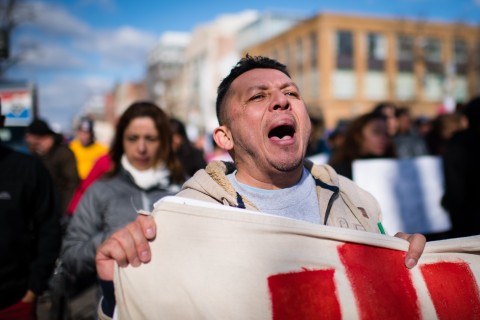 Thursday was a #DayWithoutImmigrants, grinding some businesses and schools to a standstill. Across the US, immigrants refused to go to school, to go to work, or to purchase anything in order to demonstrate that the US economy is fueled by immigrant labor. According to the Pew Research Center, undocumented immigrants make up 9% of the hotel and restaurant industry. At least 11 million undocumented people live in the United States, and the strength of these immigrants when organized as workers is staggering.

The movement is a response to Trump’s anti-immigrant agenda — from expanding the border wall between the US and Mexico to the ban on travel from Muslim majority countries (now in limbo due to the ongoing court battles) and to the ICE raids that have rounded up hundreds of undocumented immigrants across the US and struck fear into immigrants throughout the country. These raids are not new; the Obama administration deported more undocumented immigrants than any other president in the history of the United States. This level of resistance, however, has not been seen since the 2006 immigrant protests that swept the nation.

On Monday, Milwaukee held a massive #DayWithoutImmigrants march which drew 10,000 people. On Thursday, thousands around the country followed. From big cities to small towns, immigrants came out in droves to protest against Trump’s xenophobic policies.

Some businesses shut their doors in solidarity. Others were forced to shut down for the day because no one showed up to work. Most notably, McDonalds locations around the country were forced to close. 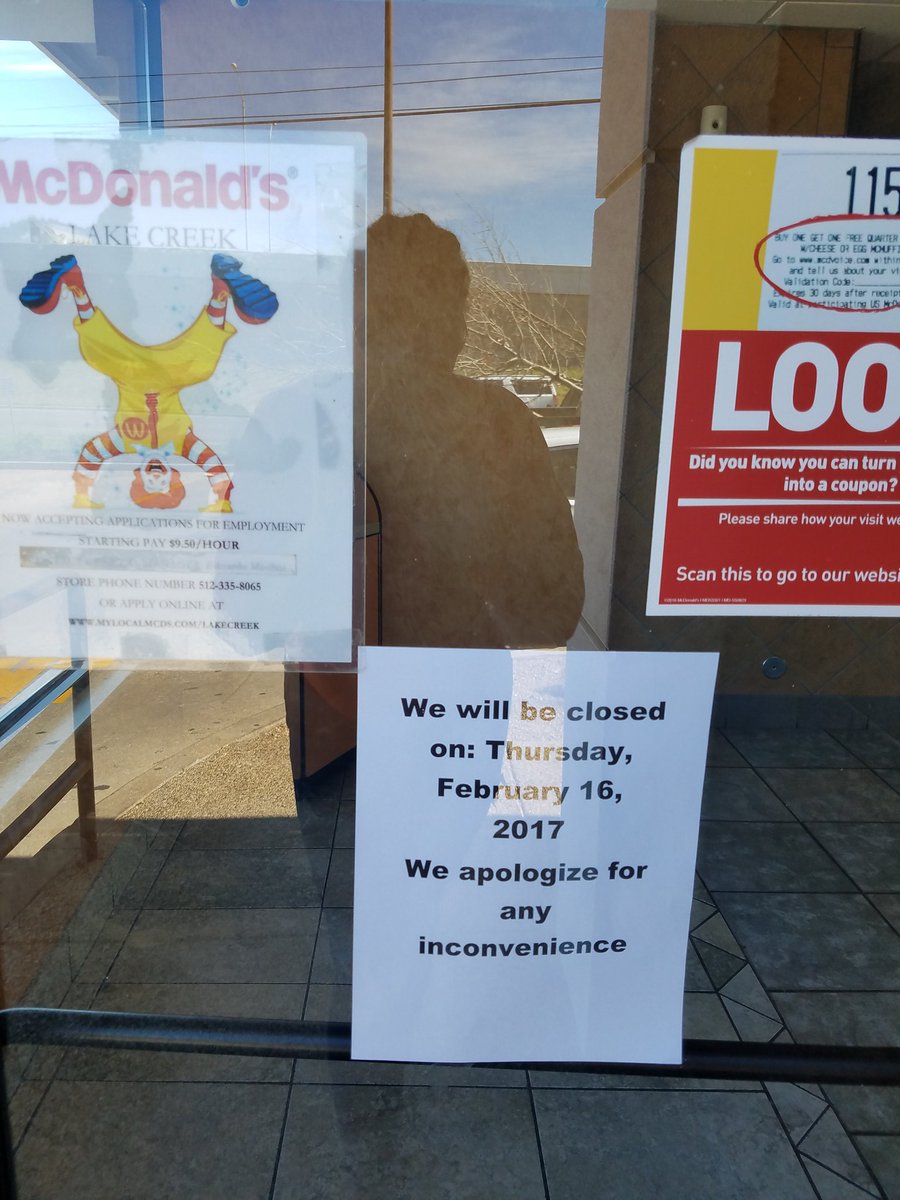 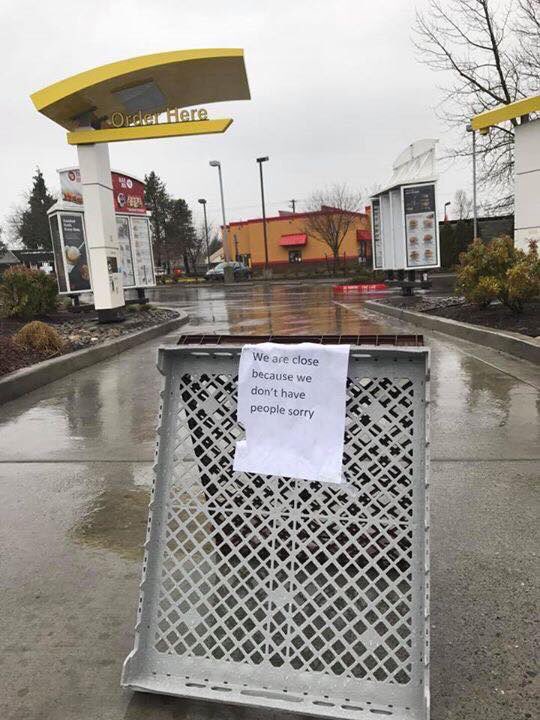 Even Washington elites were impacted by the protests. At the Pentagon, many resteraunts were closed because immigrant employees were on strike.

School districts around the country were affected by #DayWithoutImmigrants protests as thousands of students skipped school as participation in the protests. This occurs in the shadow of the mobilization of hundreds of high school students across the country who organized walkouts to protest against Trump’s policies. On Thursday, these protests were nationwide with thousands of students missing school as a political statement.

"This is what my classroom would look like without immigrants. 21 of my 28 kids are boycotting in support of #ADayWithoutImmigrants ". pic.twitter.com/Vz8dn90P55

In Brooklyn, NY hundreds of students walked out of Sunset Park High School. “Part of it was student organization and word spread that the teachers understand what’s going on and they are encouraging us to if we want to march,” said student Benji Marin.

In Grand Rapids, Michigan, for example, the school district will likely have to call a snow day because so many students missed school in protest.

But people did not just stay home on Thursday — they took to the streets. Most major cities held protests. 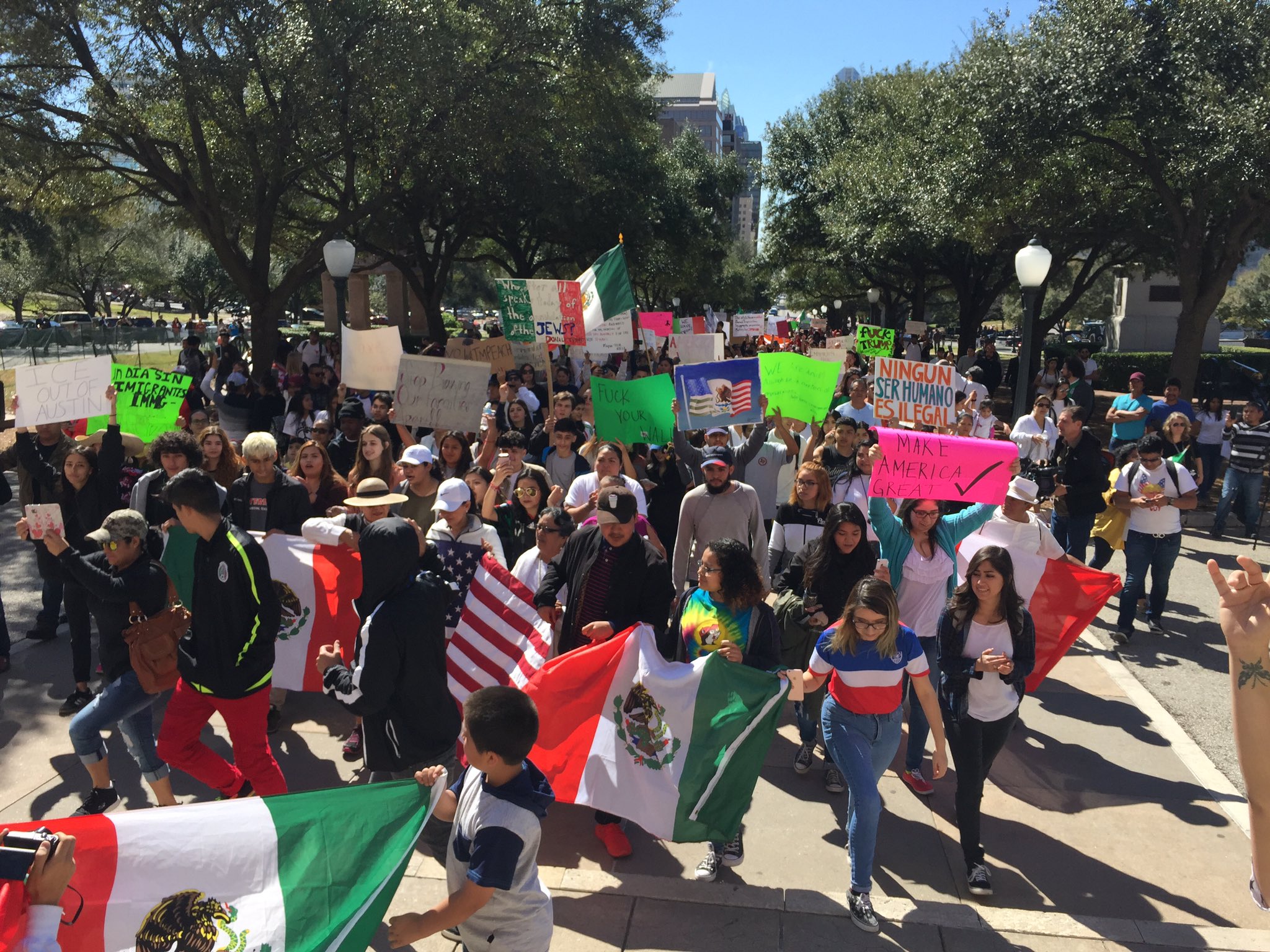 A protest in Austin, TX.

Even an art museum expressed solidarity. The Davis Museum at Wellesley College in Massachusetts took down all art created or donated by immigrants, draping black cloth with labels reading “Created By an Immigrant” in the place of the formerly displayed artworks.

These protests come after weeks of mobilization against Trump; from the January 21 Women’s March to the airport protests, the people of the United States are demonstrating that they will fight against Trump on the side of the oppressed. In order for these protests to gain strength and strike at the heart of capitalism, we need mass strikes that go beyond groups of individuals who choose to not go to work. The unions have an important role to play in calling for a series of strikes against Trump and in mobilizing the working class to put their weight and power behind opposing Trump’s policies. We must organize independently from the Democratic Party, who ordered and oversaw the deportation of thousands of undocumented immigrants. Together, working class people, immigrants, young people and women have the strength to defeat Trump’s policies. This is just the beginning.