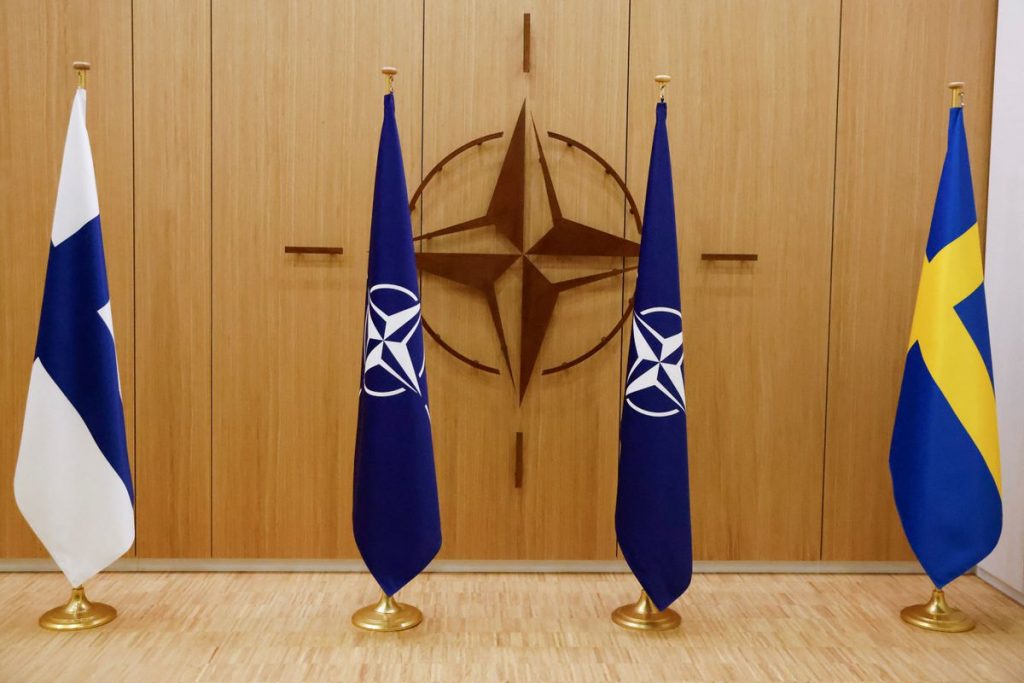 Almost three months after the escalation of the armed conflict between Putin’s reactionary Bonapartist regime and Zelenskyy’s pro-EU government, Sweden and Finland have announced a change in their position on joining NATO. This has taken place in the context of a general repositioning underway in Europe, particularly in Germany, which has announced that it will increase its budget allocations to NATO.

As a result, Germany could become Europe’s biggest contributor to the rearmament and support of NATO, given its capacity as an imperialist power, thus acting as a guarantor of Western imperialist bourgeois hegemony led by the United States. This repositioning has now spread to the Scandinavian Peninsula, with Sweden and Finland’s request to join the imperialist coalition.

“There is a clear majority of lawmakers in favor of joining,” said Prime Minister Magdalena Andersson of the Swedish Social Democratic Party. “We Social Democrats believe that the best thing for the security of Sweden and the Swedish people is to join NATO,” she declared, after the parliament approved a document stating that “Sweden’s NATO membership would have a deterrent effect.” Data from various surveys published in the past month show that a surprising 51 percent of the Swedish population supports joining NATO.

According to Andersson, the decision was “deeply influenced” by the events in neighboring Finland, where Prime Minister Sanna Marin, a member of the Finnish Social Democratic Party, has said she would confirm the decision to join NATO “in the coming days.”

In Finland, which was once part of the Russian empire, the atrocities committed during the “Winter War” ⁠ — Stalin’s failed invasion of Finland three months after the start of World War II⁠ — have not been forgotten. Military service in that country is thus carried out in preparation for a potential Russian invasion. The Finnish bourgeoisie has taken advantage of the heightened conflict in Ukraine to promote the country’s application for NATO membership. While only 25 percent of the population had been in favor of joining before the conflict, this figure now stands at 76 percent.

Finland’s neutrality had been rooted in a genuine desire for peace between nations after the devastation of World War II, which had allowed the pro-Soviet Finnish party, the Finnish People’s Democratic League (SKDL), to establish one of the largest electoral bases in Europe, even forming part of coalition governments. Putin’s invasion was thus used to change public opinion in both countries.

On May 15, a meeting of NATO ministers was held in Berlin to evaluate both countries’ membership applications. NATO secretary-general Jens Stolberg indicated that Finland and Sweden’s entry into NATO would increase their shared security, showing that NATO’s door is open and that aggression doesn’t pay.

Russia Issues a Warning, and Turkey Announces Its Veto

This news provoked reactions on all sides. Moscow, of course, did not hesitate to respond. Russian foreign minister Sergei Ryabkov warned the Nordic countries that they should be under no illusion that Russia will simply tolerate this and that their “mistake will have far-reaching consequences.” But Putin has stated that the decision poses “no direct threat to Russia” and that he has “no problem” with the countries’ NATO membership itself.

Clearly, there are limits to Putin’s stated lack of concern, given the potential proliferation of NATO’s military bases and heavy weaponry in countries bordering Russia. NATO also has its limits, as demonstrated by the war in Ukraine, given that it cannot protect Zelenskyy’s government with its own troops and weapons, even though the latter has repeatedly called for foreign intervention, given the inadequacy of his own armed forces against Putin’s.

Sweden and Finland would suffer the same fate: NATO would allow a slaughter to take place, in the unlikely event that Russia attacked them. They would also end up deep in debt, given the inevitable supply of weapons, largely from the United States, followed by Germany, whose weapons companies would benefit greatly from the Nordic countries’ entry into the coalition’s military market.

Yet within NATO, whose 30 members have veto power, President Erdoğan of Turkey has said, “We are following the events in Sweden and Finland, but we do not have a favorable position.” He then announced his intention to veto the entry of both Nordic countries, arguing that “the Scandinavian countries are practically shelters for terrorist organizations.” He insisted that “there are even supporters of terrorism in the parliaments of some countries; it is not possible for us to be in favor”—an accusation based on the political asylum granted to members of the Kurdistan Workers’ Party (PKK) in those countries.

Thus, NATO’s attempts to expand its membership to countries near Russia’s borders, in order to increase Russia’s isolation, will not occur without an intense internal confrontation with Turkey. As a result, the reluctance shown so far by the imperialist powers to directly confront the invading Russian army — despite the European powers’ policy of rearmament — has led them to prioritize a diplomatic solution, which, in addition to significant economic sanctions, would involve increasing and expanding NATO’s enormous military apparatus, promoted by U.S. imperialism since the Cold War.

First published in Spanish on May 18 in La Izquierda Diario.