Neither Big Tech nor the Government Will Stop the Right — the Workers’ Movement Needs to Step Up!

Any measures that the ruling class takes against the Right will inevitably be used with 10 times more force against the Left. 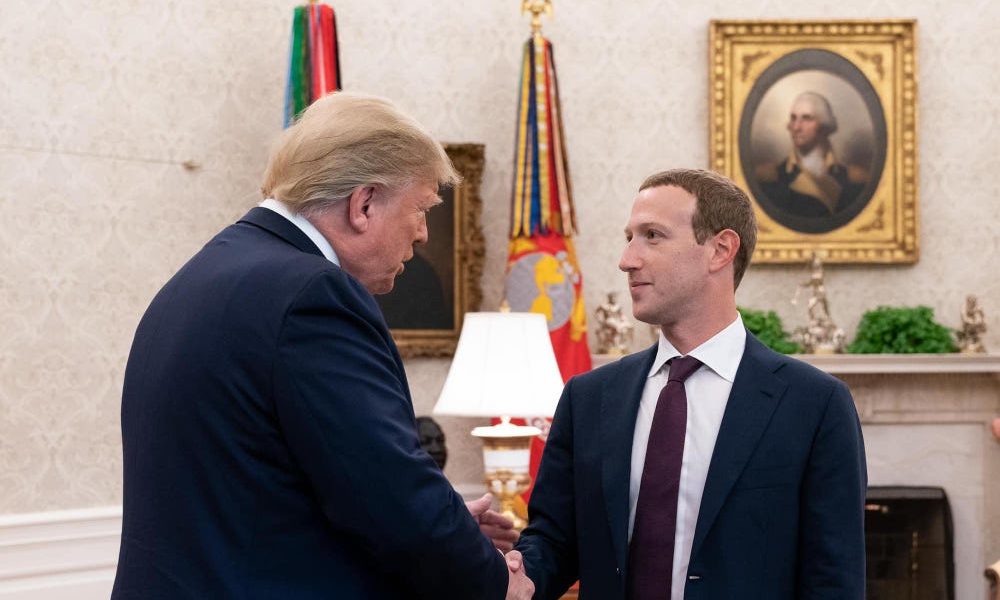 “Account suspended.” With one click, Twitter shut off the firehose of racism that was @RealDonaldTrump. The U.S. president lost his direct line straight into the phones of 88 million followers.

In a statement, Twitter justified this step because Trump’s tweets were inciting violence. That explanation is strange. Trump has long praised violent fascists (“very good people”) and threatened violence (“when the looting starts, the shooting starts”). His campaign against basic safety precautions during a pandemic has contributed to millions of deaths. Twitter always maintained that Trump’s tweets were newsworthy because of his office. Now the company is justifying the permanent ban by saying he was not planning to attend the inauguration of Joe Biden — was that really a new level when it comes to Twitter’s policy on the Glorification of Violence?

Twitter has not changed its formal rules, nor has Trump changed his style of communication. What has changed is the alignment in the U.S. ruling class, which is coalescing around the incoming Biden government for bipartisan capitalist stability. Twitter is hiding an eminently political decision behind a talmudic legal pronouncement.

No one on the Left will be shedding a tear about Trump’s getting muzzled. Yet it should concern us that a handful of tech billionaires decide, with no accountability or control, what can and cannot be said on the most important public square of the 21st century. They claim, at the moment, that such measures will be used to silence Nazis and other racists. But all of history shows that such tools, placed in the hands of the capitalists and their state, will be used with 10 times more force against the Left.

After all, the Right, despite all its “insurrectionary” rhetoric, aims to protect the power of the capitalists — the Left aims to expropriate the billionaires.

People on social media experience this discrepancy already. Women, people of color, queers, and other oppressed groups are subject to harassment and death threats, and social media companies allow this in the name of “free speech.” Denunciations of racism and sexism, on the other hand, are often censored — a phrase like “men are trash” can be labeled “hate speech.” Posts praising Turkey’s authoritarian president, Recep Tayyip Erdoğan, are allowed — but any content in defense of the country’s Kurdish population is rigorously censored.

These rules are capricious and opaque. To name one example: Mark Zuckerberg had long allowed Holocaust denial on his platform, and then suddenly switched to banning it. These rules are then enforced by tens of thousands of content moderators around the world. They work as “contractors” in secretive digital sweatshops, with no right to organize.

It is not just the tech companies, either. The capitalist state, while claiming to enforce neutral laws, shows the same prejudice for the Right and against the Left. On Wednesday, only 14 people were arrested while storming the Capitol. Fourteen! Anti-racist protesters standing peacefully on a sidewalk will often be arrested en masse. As Mother Jones points out, the Capitol police have arrested more people during peaceful protests on 35 separate occasions since 2016!

To take a graphic example, police shoved a 75-year-old BLM protester to the ground in Buffalo, cracking his skull. At the Capitol, in contrast, police were helping elderly rioters down the steps. Media around the world have been noting how the same cops attack BLM protesters with weapons or war, while chatting and taking selfies with a right-wing mob. This isn’t just about individual incidents. According to the liberal blog FiveThirtyEight, using hard data, police are “more than twice as likely to attempt to break up and disperse a left-wing protest than a right-wing one.”

Investigations in the last few days have shown that the right-wing rioters brought assault weapons and bombs — they even killed a police officer. The U.S. government regularly uses the so-called “felony murder rule” against predominantly Black men. Anyone participating in a crime in which a murder takes place can be charged with murder, even if they were not involved in the murder itself. Hypothetically, every single person entering the Capitol could be charged like that. But so far, most of them have been charged with unlawful entry.

Perhaps we will now see a major crackdown on the Right. But it is unlikely to go beyond a couple of ringleaders. The U.S. government has no experience prosecuting right-wing agitators for anything short of mass murder. This is no coincidence: the ruling class knows that these racist thugs can be useful in a crisis. Famously, after Adolf Hitler tried to stage a coup d’état in Munich in 1923, leaving about 20 people dead, he was sentenced to just five years in prison and released after nine months. This is not to say that the mob at the Capitol was a fascist coup attempt — far from it. The point is that the capitalist state is endlessly forgiving even for much more serious right-wing upheavals.

When “moderate” politicians from the Republican and Democratic Parties now talk about restricting the right to protest or strengthening the FBI, we know this will be used against the working class and the oppressed sooner rather than later. It is terrible when the official leadership of Black Lives Matter presents seven demands in response to the Capitol protests, including the expulsion of “treasonous Republican members of Congress.” Just about every cop in the country considers BLM “treasonous” — do we really want to justify the removal of basic democratic rights? When we hear people on the Left attacking Republicans for “sedition,” that is downright suicidal — the law against sedition has been used only to attack communists and oppressed people fighting for liberation.

To stop Trump and the Right, we cannot have an ounce of confidence in the capitalist state or capitalist corporations. The only force we can rely on is the force of the multiracial working class — the people who keep the entire economy running, including Facebook and Twitter. It was workers at the social media companies who have been continually pushing the owners to stop spreading racist propaganda.

That is why it is so encouraging that Google workers are now forming a union. They are fighting not only to defend their rights as workers — especially for Google’s hyperexploited “contractors” — but also to stop racist propaganda on their platforms. Profit-driven social media has a strong incentive to push the most addictive content, and this often means deliberately getting users hooked on right-wing conspiracy theories. This is why the decisions about what content is allowed need to be taken out of the hands of billionaires and put into the hands of the workers and society at large.

Workers’ control at tech companies is a step toward the socialization of social media. The most important public sphere needs to be under the democratic control of everyone.

Fighting the Right requires a united front of all workers’ organizations. But far-right mobs are far from the only threat to working people in the United States right now. Even more urgently, we need jobs, housing, health care, and debt relief for all. When we fight for these demands, we can be certain that both Democrats and Republicans will use their “anti-extremist” legislation against workers. That is why the workers’ movement needs to reject all corporate and state censorship. If we cede any more power to billionaires like Zuckerberg or Jack Dorsey, they will inevitably use it against us. Instead, we need to fight for workers’ control of both the digital and the real worlds.