Left Voice spoke with Giacomo Turci, a member of the Revolutionary Internationalist Fraction (FIR), about the impact of the COVID-19 pandemic in Italy, the reasons why the healthcare system is overwhelmed, and the urgent measures needed to confront this crisis. 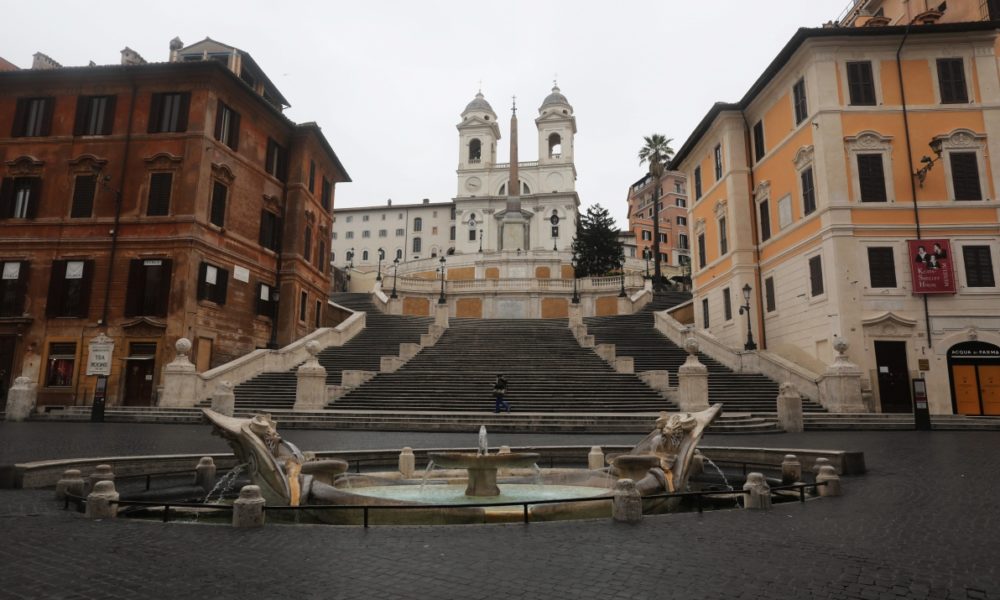 Italy has been one of the countries hardest hit by the COVID-19 pandemic. Can you tell us about the situation in Italy right now? What has daily life in your city been like since the shutdown?

At this point we have 24,747 recorded cases of infection in Italy. Of these, 2,335 people have recovered, 1,809 have died, and 1,672 have been hospitalized. If the number of infections continues to grow exponentially, there could be more than 30,000 people infected in just a few days, as reported in a study by two scientists from the Mario Negri Institute of Pharmacological Research in Milan. Under current conditions, it is a matter of days, not weeks, before public health facilities are overwhelmed.

For five days now, the entire Italian population has been on lockdown after a decree by Prime Minister Giuseppe Conte. You cannot leave your house except for medical needs, strict necessity (such as buying food), or going to work. Schools have already been closed for several days. The police can fine you 200 euros if they find you outside your home without written certification. You can even be subject to criminal persecution. There is a complete continuity with the reactionary security laws of the former Interior Minister Matteo Salvini from the right-wing Lega. These laws add new instruments for repressing the class struggle.

The epidemic started in Lombardy, in the north of Italy, but it is now present across the country. In Rome, where I live, there are now hundreds of confirmed cases. The city has a ghostly atmosphere, with long lines of people in front of the few shops that remain open, all standing one meter or more away from each other. The noise of traffic and voices in the streets has almost disappeared. World-famous tourist sites are deserted. There is a climate of fear and anger that has been fueled for weeks, first by the media campaigns of the bourgeois press, then by government measures that are exposing the working class to contagion.

Many people have been trapped indoors for days, and it is certain that this will be the case for weeks to come. The previous reactionary climate of social peace and nationalist consensus has been partially disrupted by the public health crisis.

The international press is reporting that the Italian healthcare system has not been able to meet the needs of the crisis. What have been the major problems?

The spread of COVID-19 has pushed the national healthcare system to its limits and exposed its inadequacies. Obviously, it is the most oppressed social strata who are suffering the most, not to mention the worsening working conditions of healthcare workers. People over 80 — about 4.5 million people in the country — are literally left alone in their homes, hoping that they won’t get infected and die, because hospitals cannot test them nor help them in any way. There aren’t enough beds to treat infected patients in Italian hospitals, which is why so many infected people are told to stay home and simply wait to recover without any treatment — hoping that they are among the 90% of people who will avoid the severe pneumonia linked to COVID-19.

The data speaks for itself: In the last ten years, public funding for healthcare in Italy has decreased by about 37 billion euros. Most of these cuts — around 25 billion euros — took place in the period from 2010-2015, as the country was under the tutelage of the IMF. Over the last decade, 359 hospitals have been closed, in addition to the many small hospitals that have been abandoned.

How has the Italian government provided for those who have lost their jobs? For the elderly and disabled?

Children were sent home from school en masse, causing major problems for working-class families who now have to work and take care of their children during the day. The primary assistance for the elderly and disabled comes their own families and friends. Last year, the Conte government approved an increase in the lowest pensions, so everyone gets a minimum of 780 euros per month. But this is still insufficient for most retired people to survive with dignity.

Many Italian factories have remained open, despite the shutdown. This has included even nonessential industries. Why has the government allowed factories to remain open?

The governing Five Star Movement uses rhetoric in favor of “the people,” but the party has not broken with the neoliberal policies of the past, and has formed closer and closer links with the big Italian bourgeoisie. They are now in a coalition with the Democratic Party, which is the main party of finance capital and Italian multinational corporations. The government bent to the pressure of the industrial capitalists’ association, Confindustria, to not close nonessential factories. They left factories virtually without any health protections in place, so workers are getting infected and dying every day. Despite his pro-worker rhetoric in recent days, Prime Minister Conte is assuring the bourgeoisie that it wont won’t lose too much money as a result of the crisis. The Five Star Movement is also betraying its base among the middle class and small business owners, who can’t rely on the same state aid as the big capitalists to rescue their businesses during the crisis.

What have been some of the expressions of solidarity among ordinary Italians? What are the demands put forward by your group, the Revolutionary Internationalist Fraction (FIR)?

As you mentioned, workers have gone on strike to demand the necessary health measures to avoid mass infections. There were striking examples of working-class solidarity, like the logistics workers in the northern province of Piacenza whose union organized the distribution of basic healthcare kits to the elderly and to the Italian Red Cross. They also brought pizzas to the city hospital workers!

More and more workers now share the view that the best scenario for our class is to close as many workplaces as possible. That is what we from the FIR are demanding: shutting down all nonessential economic activities with the full pay for workers, paid for by a wealth tax on the capitalists. The state should provide for the mass distribution of healthcare kits and tests, and organize the free distribution of food and basic goods door-to-door for the whole period of this emergency. It must also ensure that gig workers, logistics workers, and precarious workers can work safely, since they are working tirelessly without sufficient health and safety protocols. The healthcare system must be centralized under public control. The state must take over the pharmaceutical industry and all private health industries and place them under the control of workers and specialists. Only measures like these will bring the healthcare system up to a level that can meet the needs of the Italian people.