A report released this week by Human Rights Watch uncovered over 160 cases of violence and sexual abuse perpetuated by U.S. Immigration Officers against migrant asylum seekers. 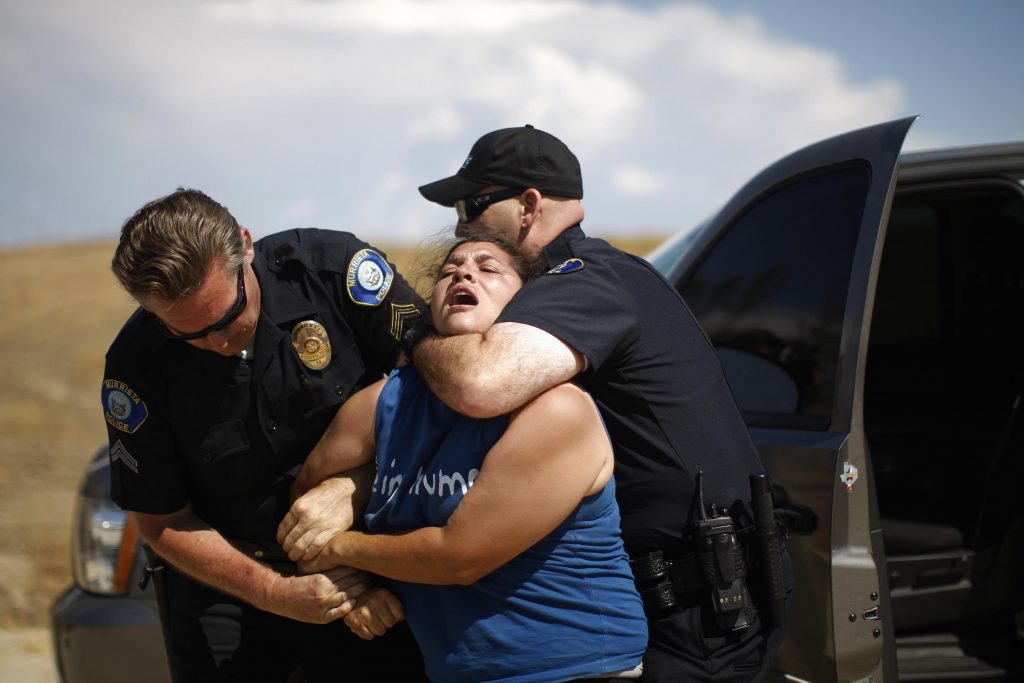 Earlier this week, a new report was released documenting over 160 cases of abuse against asylum seekers between 2016 and 2021. Redacted documents were released to the nonprofit Human Rights Watch after a Freedom of Information Act (FOIA) request detailing incidents ranging from child sexual assault to enforced hunger, threats of rape, physical assault, and brutal detention conditions. These incidents involved Customs and Border Protection (CBP), the largest U.S. federal law enforcement agency, as well as the U.S. Border Patrol and Immigration and Customs Enforcement (ICE) agents.

Asylum seekers shared graphic details of the sexual assault, physical violence, and threats that immigration officers subjected them to. Many of the officers described this treatment of migrants as an open secret within their agencies. One Honduran asylum seeker reported his experience in the McAllen facility in Texas in 2019: “I was there for 10 days sitting, I couldn’t move because it was 67 of us in that cell. We said we needed toilet paper and water and … we reported the animals, the scorpions in there. There were scorpions, ants, ticks, fleas and they would tell us that it was fine, it was because of our own stink of being there 45 days.”

Another asylum applicant that was interviewed said: “They treat you like you are worthless, like you are not a human.” In addition to these incidents of abusive treatment, the report found that there were at least 27 cases where asylum seekers were blocked from filing complaints or forced to sign papers they could not understand to prevent their complaints from being investigated.

The report sheds light on the humanitarian crisis on the border that has put the Biden Administration’s anti-immigration policies in the spotlight. Last month, images of Border Patrol agents on horseback in Texas attempting to detain Haitian migrants with whips, along with mass deportations of Haitian migrants, put into focus the utter brutality of Biden’s enforcement of U.S. imperialism.

Despite President Biden’s promises of a more “humanitarian” approach to immigration compared to the Trump administration, recent events have proven that Biden is clearly no “lesser evil.” In fact, earlier this week, the administration announced that it would reinstate Trump’s “Remain in Mexico” policy, which forces migrants to wait in Mexico while their asylum case is processed. Biden has also continued to expel migrants throughout the duration of the pandemic without giving them a chance to claim asylum. This is all in addition to the dehumanizing conditions migrants and children face in the for-profit detention centers expanded by the Biden administration.

Inhumane deportation policies are nothing new for the Democrats. Former president Barack Obama became known as the “Deporter-in-Chief” after leaving office with a record high number of deportations under his belt. Even Representative Alexandria Ocasio-Cortez, who once correctly identified these detainment centers as concentration camps, has changed her tune, defending them now that Biden is overseeing them.

It’s no surprise that Biden and the Democrats are architects of the same horrors that were under the spotlight during the Trump era. Both capitalist parties promote restrictive immigration policies because they are a tool of capitalism. Closed borders are essential to capitalist control as they allow the imperialist bourgeoisie to divide the working class between countries and subject migrants to greater exploitation. That’s why the demand to open borders is an important one for socialists to take up.

At the same time, it’s worth examining the relationship between imperialism and the crisis of migrants and refugees around the world. As was made evident during the crisis that was recently opened up in Afghanistan, imperialist intervention and policies bring nothing but misery for workers around the world living in countries under imperialist domination. In Latin America, where many migrants come from, the U.S. has a long history of imperialist interference and plundering at the hands of the bipartisan regime.

As migrants continue to desperately flee the violent and exploitative conditions wrought by U.S. imperialism, it’s important that despite the new administration’s softer tone around immigration issues, workers take to the streets to denounce the decades of abuse perpetrated by the Democrats and Republicans against workers around the world. These actions must be in the spirit of previous protests defending immigrants during the Trump years, working to build a movement that confronts the politicians that betray the very migrant rights that they claim to defend.