New Stimulus Bill Is No Win for the Working Class

Bipartisan consensus seems to be forming around a new stimulus bill. Unsurprisingly, this new package gives a weak and insufficient amount of aid to the working class. We must organize to fight for more. 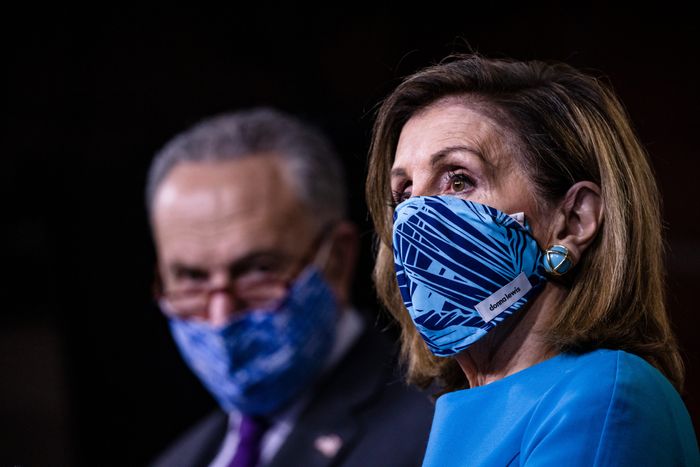 Democrats and Republicans in Congress are close to approving another stimulus bill. The move is aimed at softening the blows of the latest capitalist economic crisis ushered in with the Covid-19 shutdowns and providing more funding for the health crisis that is now running out of control, with 300,000-plus deaths and mounting.

The bill, if passed as is, would amount to about $900 billion — with precious little of that earmarked for the working class, which is cynically praised by the bosses and Democratic and Republican politicians as the “heroes” of the pandemic catastrophe.

Direct payments to individuals look to be slashed in half compared to those from the first stimulus package passed back in March — from $1,200 to $600. Neither the bill from March nor the current one includes immigrants, college students, or those who are in debt to the federal government. Weekly federal unemployment benefits, too, appear to be slashed — all “in order to keep the cost of the bill in check,” Politico reports. And yet, billions have already been handed out to businesses, while 19 million people can’t pay their rent and 10 million people have no job. What we’ve seen since the beginning of the pandemic holds true here as well: the working class is being forced to pay for the crisis, and to bail out the capitalists.

While the Democrats and Republicans worry about keeping the costs of direct payments and unemployment benefits down, much of the ruling class is doing well. Business is booming: because of the vast sums dumped into their pockets, many corporations are posting record profits. The stock market continues to break records. Reports of this new stimulus deal are making the stock market climb even higher in anticipation.

This package, in other words, is about benefiting the ruling class — just like the last package. This agreement between Democrats and Republicans is a major threat to the working class.

One key component missing from this stimulus package, it seems, will be additional aid for state and local governments. It has been a sticking point for Republicans, and Democrats are bowing to their wishes. But it’s at the local and state levels that some of the harshest effects of the economic crisis are already being felt.

State and local governments are projected to face a half-trillion-dollar shortfall through 2022. They rely heavily on revenue from sales and income tax, both of which have plummeted with Covid shutdowns at the very moment state and municipal costs have risen due to the healthcare crisis. Unlike the federal government, these governments are required by law to balance their budgets and cannot borrow to make up for shortfalls. That means that the federal stimulus will be paired with harsh attacks on the working class and oppressed at those lower levels.

The attacks have already begun. New York City Democrats, for example, passed a budget that cuts social programs. It is just the first step in what will surely be a long road of brutal local austerity. In New York City alone, the austerity budget could lead to the laying off around 9,000 public transit workers.

Some members of the Democratic Party’s progressive wing are hailing this new stimulus bill as a victory based on one provision being dropped: protection from liability for bosses whose employees contract COVID. Of course, those liability exemptions were an almost explicit attack on the working class, but making the bill slightly less bad by dropping them doesn’t make this bill even close to a “victory.” More accurately, the capitalists are trying to figure out the fewest concessions they can make to us and get away with it. The dollar amount of this stimulus bill is lower than the last one not because of great improvements in the situation — right now, the pandemic is worse in the United States than at any other time — but because the first stimulus bill was accepted without a fight. If we buy into the logic of “accept this bill because it’s better than nothing,” we will once again be lowering the bar for the capitalists — which means doing their work for them.

We are in the midst of a historic crisis that has left millions of people incredibly vulnerable. Both parties of capital have responded  by trying to determine the lowest amount of our money they can possibly get away with giving back to us. Their politicians go on television and wring their hands about the national debt and the need to keep costs down at the same time they are creating a $500 billion slush fund for corporations. They didn’t show any concerns about costs when Congress passed a $740 billion defense budget last week. They largely said nothing about a megachurch being given a government loan it used to buy a private jet.

The ruling class is enriching itself off of our labor while we grow sick and die in miserable poverty.

Democrats and Republicans alike are hoping that, just as we did in the spring, we will settle for this bill because it is better than nothing. But instead, the working class must refuse to accept this insufficient and insulting stimulus bill that will only lead to more austerity. Essential workers should organize and withhold their labor until a real stimulus bill is passed. We cannot allow the rulers to force us to pay for their crisis. This stimulus bill must be rejected.