The Brazilian government recently voted to expand subcontracting, a policy that will disproportionately affect Black women. 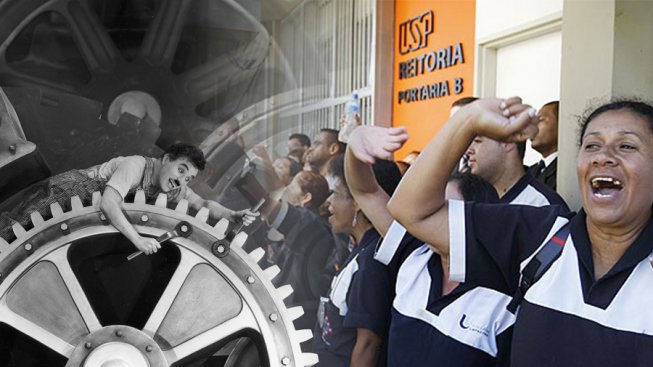 In Brazil, the last country in the Americas to abolish slavery, most victims of subcontracted employment are Black women. The structural marginalization of Brazil’s Black population marked by segregation, state repression and genocide, coupled with the sexual division of labor, has subjected Black Brazilian women to flagrant social vulnerability and job insecurity. The inevitable impact of neoliberal policies and job market deregulations upon Black Brazilian women attest to the racist and sexist character of present day capitalism.

On Friday, March 31, amidst dozens of massive demonstrations throughout Brazil against the Temer administration’s labor reforms and austerity policies, the president passed legislation that will lead to unlimited subcontracting in both the public and private sectors. In Brazil, subcontracted workers, who are disproportionately black, LGBT and women, earn considerably less and have an 80% greater chance of suffering fatal workplace accidents. Subcontracted workers are often caught in a battle between their place of employment and their employers, resulting in worse working conditions and often, not being paid their salary. This was the case for years at the State University of Rio de Janiero, where subcontracted university janitors, overwhelmingly Black women, would not get paid their salary for months at a time. Both the university and the company skirted their responsibility, each blaming the other.

President Temer was previously expected to await the Senate’s approval of a similar bill. However, he signed the lower house’s draft into law, signaling an even harsher attack on labor regulations. However, this expansion of subcontracting is not new. Former president Fernando Henrique Cardoso, months before the Workers’ Party (PT) won the presidency with Lula, originally proposed this piece of legislation in 2002. PT remained in power from 2003 until last year when Dilma Rousseff was impeached in a right wing coup orchestrated by the business lobby, congress conservatives and the judiciary. Despite giving lip service service to worker’s rights, subcontracting expanded under the Worker’s Party Presidents- both Lula and Dilma. In fact, subcontracting grew 300% during their administrations.

The law signed by President Temer allows temporary contracts of up to nine months and the outsourcing of virtually all services. It also allows contracts to see individual workers as a business, rather than as individuals. This eliminates many workplace rights. Black workers, already the most exploited and oppressed sector in Brazil, will be disproportionately affected by this law.

This is the latest in a series of austerity measures and attacks on labor and social rights by the Temer administration, which include severe cuts to pension benefits and the loosening of labor regulations, among others. Brazilian workers and youth demonstrated determination to fight against these attacks on March 15 in a nationwide work stoppage involving millions of workers and countless massive protests across the country and again on March 31.

While Temer approved the subcontracting bill, permitting unrestricted outsourcing and precarious employment, tens of thousands of workers and youths marched in the streets of Belo Horizonte, São Paulo and Rio de Janeiro. Thousands of protesters also took to the streets in various other cities across the country. In Salvador and Recife highways were blocked and in Alagoas, transit workers staged a work stoppage.

Despite this show of resistance, union bureaucrats continue to be reluctant to mobilize rank-and-file workers. There are mass mobilizations of workers, so the unions should call for and organize a general strike capable of barring Temer’s attacks on the poor and working class. This posture by Brazil’s major national trade union centers serves to tame Brazilians’ indignation and channel public outrage towards a second re election of Lula in 2018.

Yet, the past thirteen years under Workers’ Party (PT) administrations have clearly shown that the electoral and reformist tactics of the PT are utterly ineffective in preserving or advancing the interests of women, Black people and the working class. While union bureaucrats and popular fronts timidly call for a general strike in April, we cannot forget their routine complicity with the past government’s attacks that effectively smothered the labor movement and failed to organize a single general strike against the countless neoliberal policies administered by Lula and Rousseff.
The expansion of outsourcing and growingly precarious employment by Brazilian capitalists and the Temer administration highlights the perpetuation of the super-exploitation of black labor established centuries ago on the American continents. Neither neoliberal rhetoric about individual social mobility nor the reformist left with its class conciliatory tactics can offer a real solution to the systemic racism and sexism inherent to the capitalist regime.

To effectively bar these attacks on the most oppressed and exploited, the labor movement must set aside its failed electoral politics and organize rank-and-file workers against Temer and the coup-plotters through a general strike. Women, LGBTs, African-Brazilians and youth have already demonstrated a great potential to resist this reactionary offensive, but radical nation-wide organization and coordination is urgently needed to win.