Calls for the International Women’s Strike have reached New York City, as people prepare for a day of mobilizations and actions on March 8. 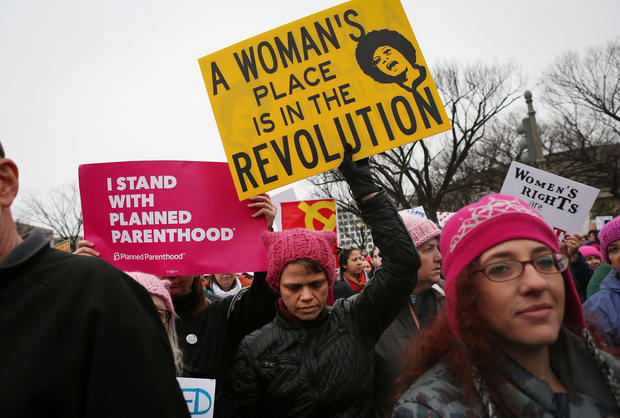 The first US-based call for the Women’s Strike came in the article “Beyond Lean-In: For a Feminism of the 99% and a Militant International Strike on March 8”, signed by prominent activists, such as Angela Davis, Nancy Fraser and Arruzza herself. In it, they call for the women who took the streets at the Women’s March on Washington to build a new kind of feminism: feminism of the 99%. They juxtapose this to “lean in feminism”, a reference to the 2013 book by Facebook’s chief operating officer, Sheryl Sandberg. In it, Sandberg makes the case for women to take up more challenges in the workplace in order to achieve success.

The women calling for the International Women’s Strike seek the opposite kind of feminism. The statement says, “Lean-in feminism and other variants of corporate feminism have failed the overwhelming majority of us, who do not have access to individual self-promotion and advancement and whose conditions of life can be improved only through policies that defend social reproduction, secure reproductive justice, and guarantee labor rights. As we see it, the new wave of women’s mobilization must address all these concerns in a frontal way. It must be a feminism for the 99%.” This new kind of feminism would not seek individual advancement, but to knock down institutional barriers to women’s rights. Building a women’s strike is one step in that direction.

Arruzza’s opening statements at the New York City organizational meeting were short and to the point. At the last meeting, which also had about 70 participants, Arruzza went over the Women’s Strike platform and the call to action. The platform stresses an end to domestic and institutional gender violence, reproductive justice, labor rights, social provisions, anti-racism and anti imperialism and environmental justice. Organizers encourage women to go on strike from paid and unpaid labor and instead, engage in a local action planned at the weekly meetings at Verso. The International Women’s Day Strike will culminate with a march.

Arruzza began this particular New York City meeting with a correction to a statement she made last week– she had said that 30 countries had called the Women’s Strike on March 8, but actually, the number is over 40. The room erupted in applause and I realized that women in 40 countries around the world are engaging in exactly the same kind of meetings. In a video sent to organizers in New York, women from Pan y Rosas Argentina, a socialist women’s group say “We are organizing just as you are, with workers and students in the country where Ni Una Menos, the mobilization against sexist violence, was founded. Together with our comrades in Chile, Bolivia, Brazil, Mexico, Germany and Spain we want to organize this March 8th so that the earth truly trembles. That’s why we are organizing and demanding union action in this strike. That’s why we call on those in their work places and schools to strike.”

Next, people split up into groups including labor organizing, direct actions on March 8 , media and outreach and even a dance party for the end of the march. In groups, participants shared ideas and sought support for projects that were already under way. A video with various women saying why they are going on strike is being made. Everyone agrees- it is a day to wear red. Jia Lee, a teacher from MORE (Movement of Rank and File Educators), the social justice caucus within the United Federation of Teachers said, “NYC sits at an epicenter of corporate education reform policies with the use of high stakes testing, school labeling, closures and charterization. The teachers union sits on the frontline of a very aggressive agenda to privatize education, and it is vital that we emerge front and center in the fight against this neoliberal agenda…With women comprising approximately 80% of the teaching profession, MORE is organizing teach ins, lesson plans and supporting actions in solidarity with the March 8 Women’s Strike.”

You may be interested in The Women’s Movement We Need

Student organizing is especially strong, particularly at the New School. Many professors, especially those with tenure, have canceled classes following the lead of Nancy Fraser and Cinzia Arruzza. Political Science student Mayra Cotta says “The school’s community is actively pushing for classes to be canceled, having everybody engaged in the many activities that will happen on March 8th. We are organizing teach-ins about feminism, write-ins and code-ins focused on this thematic, signs workshops and meetings with organizations and activists to create a solid network of feminists committed in a struggle against patriarchal capitalism. We are also forming a solidarity effort around a student coalition to strengthen the Sanctuary Campus campaigns happening in various universities in the city.”

In order to build energy and momentum for the strike, on Tuesday the New School will host an event entitled “Building the Feminism of the 99%” with videos from women’s strike organizers in Argentina and Brazil and speeches by Fraser and Arruzza.

At CUNY, students are circulating petitions asking their department to cancel classes and call for the union, the Professional Staff Congress, to endorse the march and organize students to attend.

On March 8, the march will begin with a rally at Washington Square Park, and at 5:30, strikers will begin to march to Zucotti park, making stops along the way for performances. The march will stop in front of the Triangle Shirtwaist Factory site, the Varick Street Immigration Detention Center, Stonewall, City Hall, the African Burial Ground and the former slave market, financial institutions funding the Dakota Access Pipeline, and others.

As we pass the one month mark of Trump’s Presidency, it is unclear if the activist energy that emerged at the Women’s March on Washington and at the airport protests will fuel the Women’s Strike. For some, it’s about a lot more than just this strike. Ximena, a Mexican activist living in New York said, “After this, we will build towards a strike on May Day. It’s about using our power as workers and students to end this oppressive system. We can’t organize as individuals– we have to fight back as the working class.”

Do you have information about events happening in your city around the International Women’s Strike? Write an article for Left Voice about it! Submit to contact@leftvoice.org.

For a copy of the petition to shut down departments at CUNY, please contact Left Voice at contact@leftvoice.org