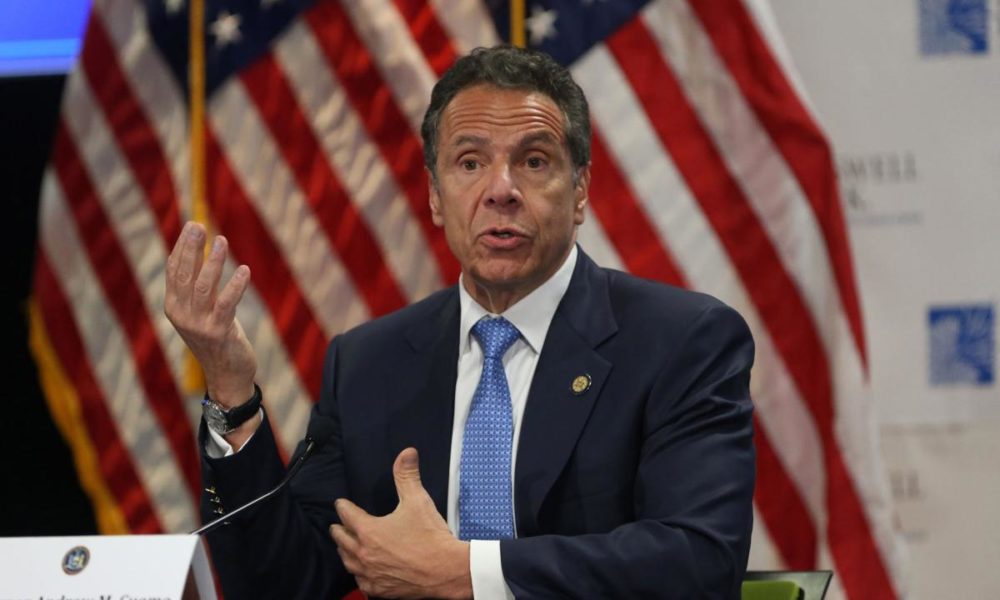 Last week, faculty and staff at the City University of New York (CUNY) were informed by union leaders that the university had decided to indefinitely “delay” across-the-board pay raises scheduled for November 15. These raises were part of the “historic” contract agreed to by the Professional Staff Congress (PSC) last fall. As of this writing, there is no word as to when workers can expect to receive their scheduled raises. The PSC has calculated that workers could collectively lose more than $3 million per month as a consequence. With the November 15 raises delayed, many workers at CUNY are concerned they will also not receive their salary step increases slated for January 1, and many are deeply worried about yet another round of layoffs like those that happened this summer.

When it comes to such austerity measures, CUNY is not alone, however. Since the beginning of the pandemic, NY Governor Andrew Cuomo has delayed scheduled pay raises for more than 80,000 public employees not once, not twice, but three times. These 2% across-the-board raises were scheduled for mid-April, and now these workers won’t see that money until January 1 at the earliest. Of course, Cuomo will still receive his own raise of an additional $71,000 right on schedule.

These delays are affecting public employees across a wide range of departments and agencies, including workers at the State University of New York (SUNY) system and many who are represented by the Civil Service Employees Association (CSEA). These unions have filed class action grievances, so far to no avail.

In New York City, Mayor Bill de Blasio has made similar moves, trying to withhold $900 million in contractual back pay from public school employees until the United Federation of Teachers (UFT) took the city to arbitration. The arbitrator ruled that the city had to pay half of the sum by the original deadline but could delay the other half until next year. De Blasio also struck a similar deal with DC 37, the city’s second-largest municipal union, to defer scheduled raises until 2022. The city is touting these deals as “wins” to prevent the layoffs of around 22,000 municipal workers originally planned for October, but they only kick the city’s budget crisis further down the road while workers suffer in the meantime.

The situation at CUNY is different, in that the delayed raises are not the result of a decision at the city or state level, nor was the union able to bargain for scraps like the UFT and DC 37. Instead, the union was unilaterally “informed” of the decision, which the university has still failed to put in writing or communicate to employees, and “the chancellor admitted that the decision to delay paying the raises was CUNY’s own decision.” Nobody was forcing their hand. Additionally, New York State is “temporarily” withholding 20% of the university’s already-allocated budget. Thousands of adjunct faculty and staff have been laid off since the start of the pandemic, and even more have had their hours cut — in some cases, enough to lose their eligibility for health insurance.

For context, an adjunct lecturer at CUNY teaching the maximum number of classes allowed would still be considered very low income by the Department of Housing and Urban Development’s 2020 estimates for the New York metropolitan area — and that’s if they’re only supporting themselves. Add a single additional person, such as a child or an unemployed family member, and they fall under the category of “extremely low income.”

The annual raises that most city unions negotiate have almost always failed to keep up with inflation and the rising costs of living. Workers have already been forced to make their paychecks stretch further with each passing year. With fewer hours to go around for part-time employees, with NYC’s unemployment rate nearly double the national average, and with a second stimulus package or expansion to unemployment benefits nowhere in sight, the predicament is even worse now. While this should never be necessary, it’s even harder than usual to find opportunities to supplement one’s income, and many workers are now relying on their salaries to support loved ones who are out of work. Even Wall Street researchers don’t expect the national economy to recover until at least 2023, and New York City is expected to take even longer, stretching into 2025.

This week, rank and file organizers at CUNY are bringing a Cross-Campus Resolution for a Strike Authorization Campaign and Vote to the floor of the PSC’s Delegate Assembly. Three union chapters have already passed their own resolutions in support of a strike authorization campaign, even before the raises were delayed, but a union-wide resolution is a vital step toward more militant action by the PSC. This resolution has been in the works for several weeks, so it’s possible the news of the delayed raises will garner additional support for the resolution among the delegates, more than 50 of which have already added their names to the resolution in support.

New York City, New York State, and CUNY have all been looking to Washington for some kind of relief. They say these cuts and budget shortfalls are temporary, and federal funds from a Biden administration will save us. But workers should not hold our breath. Instead, we must organize, within our unions, across unions, and with the un-unionized, to demand relief that benefits the workers, not the governments and the capitalists. This includes preparing our unions to take citywide strike actions to fight the wave of further austerity that is sure to come.

A previous version of this article stated that two PSC-CUNY chapters had passed strike authorization resolutions. The actual number is three. This article was updated on 11/16/2020 to reflect the correction.