Last year, Democrats in New York, bolstered by their growing left wing, had won control of the New York Senate and passed nearly a thousand bills addressing long-awaited reforms and benefitting the working class. However, the New York State budget passed last week in the midst of the pandemic reversed a number of these laws, showing the precariousness of attempting to reform capitalism and highlighting the steps socialists must take instead. 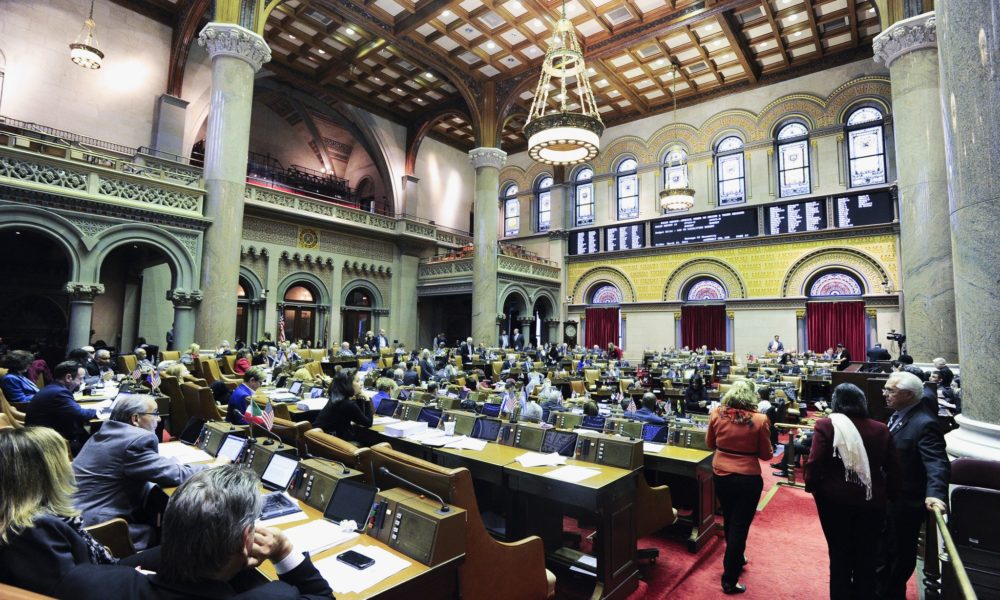 On November 6, 2018, leftists and left-leaning liberals in New York state were celebrating. Democrats, running on pledges to uphold abortion rights, support undocumented immigrants, and reform New York’s horrifyingly undemocratic election laws, had won control of the New York Senate — held by Republicans for much of the past century — giving the Democratic Party complete sway over New York lawmaking. This victory was the cherry on top of the defeat in the September Democratic primaries of the majority of the members of the Independent Democratic Caucus (IDC), a group of right-wing Democrats who caucused with the Republicans in exchange for perks and favors for themselves and their districts. Even more exciting for many, several of the challengers who had won their primaries back in September were young, women, people of color, or all of the above; many came from the left wing of the party, such as DSA member Julia Salazar and Alessandra Biaggi, who knocked doors with progressive U.S. Representative and former DSA member Alexandria Ocasio-Cortez.

In June 2019, that initial optimism and excitement still seemed to be entirely justified following what the Washington Post called “a landmark session that has produced some of the nation’s most far-reaching liberal policies, demonstrating the strength of the left wing.” Those who pay attention to New York state politics were struck just by the number of bills passed: 45% more than the previous average. And many of the bills included long-awaited reforms, including many that socialists cheer and fight for. Workers — especially undocumented people, LGBTQ+ people, women, and farmworkers — were some of the main benificiaries of the new laws. The reforms were broad in scope: codifying abortion rights into law, allowing undocumented immigrants to apply for driver’s licenses and state financial aid, a ban on conversion therapy, more protection against workplace harrassment, paid family leave and minimum wage increases, new tenant protections, equal pay assurances, new requirements for insurance companies to cover mental healthcare, an end to the “gay panic” defense for murder, a slate of voting reforms, a plan to combat climate change, and many more. Millionaires and lobbying groups, especially the real estate and chemical industries, appeared to lose out as these laws were passed despite their loud and lucrative opposition. For many on the left, this showed, as one article put it, “the potential mass influence that activists and advocates can have on the law.” A renewed hope and faith in the electoral system resulted, as activists saw vital issues they’d been championing for years finally get much-needed attention from politicians. Coming in the midst of Bernie Sanders’ presidential campaign (now suspended), the summer of 2019 was filled with ample vindication for the electoral strategy on the left.

However, the fissures within the Democratic Party were already beginning to show; those in the party championing the most vital changes were beginning to compromise with those who wished to maintain the status quo. Progressive members of the party did not prove to be as combative as hoped. Instead, they proved ready to cede ground on policies such as single-payer health care funded by taxes on the wealthy, or extending overtime pay to farmworkers — policies that would more deeply challenge capital and support the most marginalized workers. This was especially clear in the realm of “criminal justice.” A push to fully legalize marijuana stalled out, partially due to conservative Democrats’ reluctance to meet activist demands that legalization be tied to reparations for people and communities, largely Black and Latinx, who were destroyed by the current laws. In its place, a milquetoast reduction of penalties was passed. Despite this resistance and the left wing’s apparent reluctance to fight, the legislature did manage to eliminate cash bail — which criminalizes poverty, targets Black and brown people, perverts any semblance of a justice system, and destroys lives — for 90% of those arrested in New York state. While this law and all the others were mostly long-overdue responses to problems created by the legislature in the first place, they were still hailed by activists as a step in the right direction.

Then, on April 3, 2020, while New Yorkers and people around the world sheltered in their homes due to the COVID-19 pandemic, New York lawmakers passed a horrific budget that undid many of these reforms, and left New Yorkers even more burdened. Then legislators simply went home as planned. To start with, the budget they dropped on the people of New York cuts $138 million from hospitals and slashed Medicaid funding in the midst of a pandemic and does not increase badly-needed education funding in New York City. “We can’t spend what we don’t have,” said Governor Cuomo, while refusing to raise taxes on the rich or on corporations. The budget also fails to legalize marijuana or expand voting rights to incarcerated people, as some hoped it would, ignores several criminal justice reform bills, and does not repeal an anti-sex work statute that is used mostly against trans people. Worst of all, it backtracks on bail reform, giving judges the discretion to set bail for many more crimes than the law that took effect in January. This will keep many more people in jail for the crime of being poor at a time when a stay in a New York City jail can be a death sentence. In fact, all of these cuts and deliberate oversights are especially egregious in the context of coronavirus. Most obviously, cuts to hospitals and healthcare are unconscionable at a time when nearly 150,000 New Yorkers are sick and over 6,000 have died from the virus, hitting hardest those people who are already suffering the most. But this is how capitalists and the state they control work. At a time when the economy was booming and they were making huge profits, they could afford to be a little generous and allow some reforms that benefit the working class. However, as soon as they see their profits shrink, they go on the offensive, pushing sacrifices they fear they may have to make onto the working class.

The initial promise of change and ultimate return to the status quo is a pattern that repeats itself over and over again as leftists, including some socialists, attempt to work for reform within the existing capitalist system. As Rosa Luxemburg writes, “The so-called social reforms are enacted in the interests of Capital.” Most laws that capitalists allow to be passed will ultimately be for their direct benefit, such as cuts to Medicaid or blocking taxes for the wealthy. Some they allow to pass if they serve as a release valve for the working class’ anger without deeply challenging capital. And always, these laws can be revoked when things get tough for capitalists, as in the current pandemic crisis. We cannot leave these critical issues in the hands of politicians in bourgeois political parties like the Democratic Party, no matter how initially progressive or exciting they may seem.

Socialists should still fight to make the lives of the working class better, but without compromising an inch, and with an understanding that the only way to improve the lives of the working class in any meaningful and lasting way is through revolution, not through legislation and reforming capitalism. We do this by fighting for reforms that make people’s lives better and truly challenge capital, in a way that prepares us all for the bigger fight against capital. The  battle to make people’s lives better is an essential one, and one that must feed into and be fed by the fight for revolution. To quote Luxemburg once more, “Precisely because we do not yield one inch from our position, we force the government and the bourgeois parties to concede to us the few immediate successes that can be gained. But if we begin to chase after what is ‘possible’ according to the principles of opportunism, unconcerned with our own principles, and by means of statesmanlike barter, then we will soon find ourselves in the same situation as the hunter who has not only failed to stay the deer but has also lost his gun in the process.” Concretely, this means that we need to build our own political force, independent of the capitalists. It means that we need to fight in our workplaces and on the streets for truly destabilizing and lasting reforms, even if it seems that we can’t possibly win. Steadfastly chasing the impossible is how socialists can build independent power that can be channeled into the revolution needed for truly meaningful and lasting change to take place. This necessary transformation cannot come to pass by leaving the fight to bourgeois politicians in Albany or anywhere else, no matter how compelling their promises.