News Round-Up: Coronavirus Across the U.S.

As the U.S. enters its seventh month of the coronavirus crisis, even White House coronavirus response coordinator Deborah Birx has finally admitted that the situation is getting worse, not better. In this article, we take a look at recent events and data from around the country. 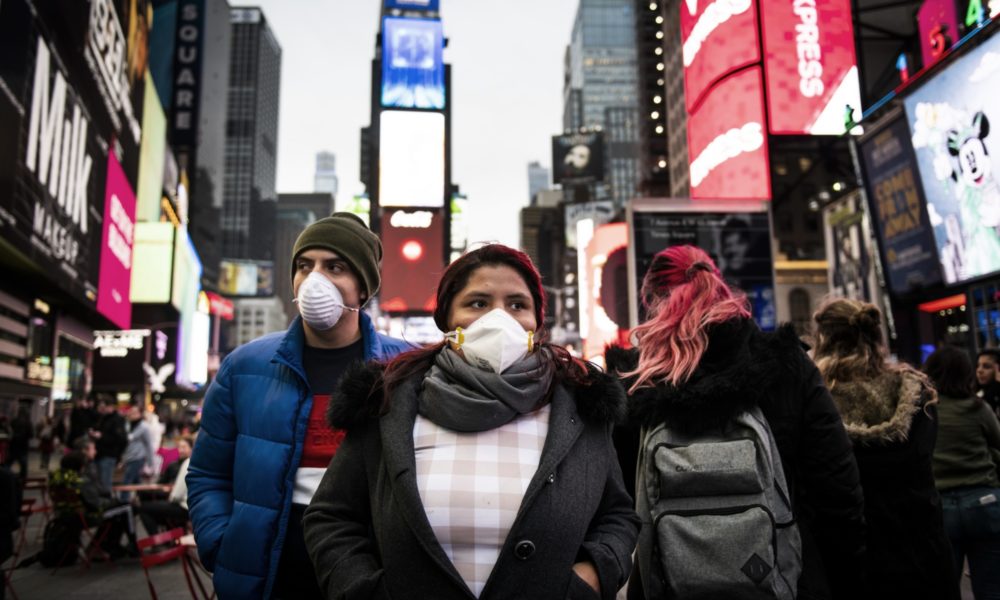 In the past week, we’ve covered the lapse in federal unemployment benefits, the impending eviction crisis, and the continued expansion of U.S. imperialism under Covid-19, as well as how the coronavirus is affecting the working class around the world, from the European Union’s socially conservative stimulus package to healthcare workers’ protests for better working conditions in Paris and Berlin. In this article, we’ll take a bird’s eye view of how the pandemic is unfolding across the United States.

This multifaceted crisis is not an unfortunate twist of fate. It is the direct result of choices made by U.S. leaders, from Trump, Congress, and CEOs all the way down to local mayors and small business owners. Last week, for instance, Vanity Fair revealed that Jared Kushner had overseen the development of a comprehensive national coronavirus testing plan that “went poof into thin air” shortly before its expected announcement. The plan contradicted Trump’s public downplaying of the virus, and team members allegedly argued that leaving testing to the states would allow the Trump administration to blame the virus’s impact on Democratic governors.

Governors and municipal leaders were hesitant to shut down businesses and schools, and in some cases even refused to implement mask ordinances. Now, many areas are insisting on moving forward with in-person education this fall. Far too many workplaces refused to allow non-essential workers to work from home, failed to implement social distancing or provide PPE, or reopened in defiance of safety guidelines (like Tesla). Politicians, under pressure from lobbyists, business owners, and their own financial interests, are trying to reopen the economy as quickly as they can, putting the working class in danger. The arrival of the coronavirus in the United States may have been inevitable, but the devastating health and economic impacts ravaging the country could have been avoided. Unfortunately, capitalists are highly incentivized to prioritize profit above all else, including a public health crisis.

There have been more than 4.6 million confirmed cases of Covid-19 in the U.S. since February, and more than 150,000 deaths directly attributed to the virus1. As of the morning of August 3, the virus is spreading the fastest in Alaska and Hawaii, with a 30% or higher increase in total statewide cases compared to the previous week. Several more states, mostly concentrated in the Deep South, Appalachia, and the West, are reporting increases between 15 and 30%. In the Midwest, numbers had been trending downward, but now several of these states are seeing the beginnings of a second wave.

The Northeast is seeing the slowest rate of continued spread, with less than a 5% increase compared to last week in each state in the region. While these states have successfully “flattened the curve” after a lethal spring and are seeing much lower daily case counts than in previous months, most of the rest of the U.S. is trending in the opposite direction. However, any one measure of the virus shows an incomplete picture. While Alaska and Hawaii’s cases are increasing rapidly, their total cases and deaths per capita are still very low. Similarly, while New Jersey has recently had a very low percent increase compared to its total number of cases, the rate of transmission has actually reached its highest point since April. The misleading percentage is the result of the very high number of total cases in New Jersey compared to the still-low number of current cases that has only just begun to rise again after a successful flattening of the curve. While numbers are low compared to April, the virus is still present in the Northeast, and these states could still see a second wave if they do not continue to take appropriate precautions.

Furthermore, all of this data is subject to distortions based on lack of testing and state reporting procedures. For instance, Texas has not been reporting data from rapid-response testing, suggesting that the numbers in Texas are likely far worse than official data suggests.

Some states, like Texas, have strongly resisted lockdown or other safety measures. Others,  such as Georgia and Florida, implemented some measures in the spring but reopened quickly, resulting in an increase in cases. Certain populations, such as those who are Black, Latinx, working class, and/or undocumented, are also contracting the coronavirus at higher rates and suffering from more serious cases due to how economic, environmental, and social factors interact to place these groups at a higher risk of exposure and lower likelihood of receiving adequate medical care. In Michigan, for example, African Americans comprise only 14% of the population but represented 40% of the coronavirus death toll as of late April.

L.A. County is reporting a recent spike in positive cases thought to come from many workplaces opening too soon with too few safety precautions, overwhelming contact tracing capacity. Alaska is struggling to control outbreaks among workers in the seafood industry, and even the much-maligned White House coronavirus response coordinator Deborah Birx has admitted that the U.S. is facing a new, worse, and more widespread phase of the pandemic. The WHO has warned that although several vaccine trials with human subjects are underway, a “silver bullet” vaccine may never be found. Additionally, as college students prepare to move into their dorms for the fall, we will likely see new outbreaks as some students unknowingly carry the virus to their new locations.

Meanwhile, school districts are continuing to prepare for their fall semester. While some districts have chosen to begin the year entirely online, others remain committed to in-person learning, and many districts are preparing highly complex hybrid models, where some students will be in the classroom while others will be at home on any given day. Teachers’ unions are fighting back against unsafe opening procedures, with many rank and file teachers across the country clamoring for a strike.

As students in some areas begin their school year, new data presents an increasingly bleak outlook on the viability of in-person schooling and the safety of all persons involved. For instance, on July 31 it was revealed that 44% of all participants — staff and campers — at a summer camp in Georgia tested positive for coronavirus after just 10 days. Researchers warn that this is likely an underestimate, since test results were available for only 58% of participants. Additionally, one school that opened last week had to close down again within hours on the first day, more than 200 employees in one Georgia school district have tested positive, and several other schools had to close within the first week of classes. Districts scheduled to begin the school year in late August or early September ought to recognize these developments as the dead canary that it is, and shift their plans to online schooling as quickly as possible.

States in the Northeast hit their coronavirus peak in April, but in other areas, the worst is yet to come. In some places, particularly in the Midwest, signs of a possible second wave are starting to appear, and a quick response will be necessary to prevent it.

Schools, stores, and restaurants are ramping up attempts at a “return to normal,” yet tech giants like Google have already committed to keeping employees home through the summer of 2021. If reopening is not safe for tech workers who do most of their work via the computer anyway, it’s certainly not safe for workers whose jobs require close proximity to or direct contact with other people. In the coming months, we can expect cases to rise, and for companies and politicians to continue offering up the lives of the working class as necessary sacrifices in the name of profit.