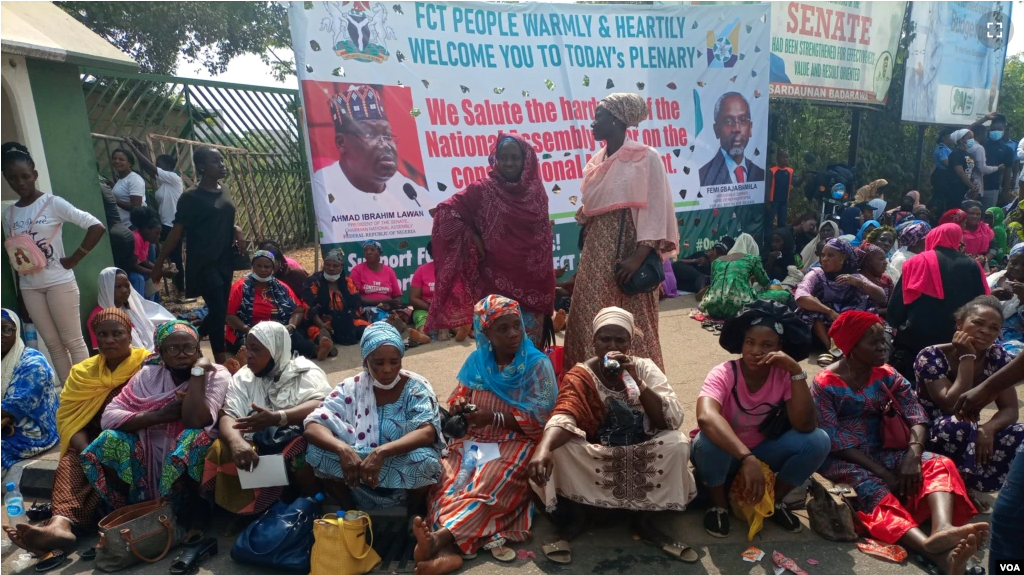 Nigerian women are taking to the streets for democratic rights. On Wednesday, hundreds of women rallied outside parliament in response to the Senate rejecting five bills to expand women’s rights and access to basic democratic representation.

In Nigeria, women do not even have the right to inherit their husband’s estates. One of the bills that was rejected would have guaranteed women this right after five years of marriage. Another bill would have provided citizenship to foreign-born husbands of Nigerian women. Foreign-born wives of Nigerian men already receive automatic citizenship through marriage. Other bills would have reserved 35 percent of political party leadership and legislative seats for women. Currently, women only make up four percent of Nigeria’s legislature.

The rejection of the women’s rights bills were part of a series of bills to amend the country’s 1999 constitution, which was established as the country was transitioning from military rule to bourgeois democracy. The senate also rejected a bill to allow the Nigerian diaspora to vote in the country’s elections.

Nigerian advocacy groups had spent years working with legislators to create the bills and grow support for them, just to watch the Senate vote them down. This shows the limits of relying on bourgeois institutions to win and defend basic rights, rather than mobilizing the power of the masses to demand and secure those rights from the beginning of the campaign. These limits do not make it any less inexcusable that the Senate rejected basic rights. The whole world must support the women’s movement, especially their mobilizations in the streets. So far, the government has let these peaceful protests happen, but Nigeria is not without brutal repression of mobilizations. In 2020 the government responded to a youth-led abolition movement by massacring protesters.

Movements for democratic rights must be amplified by the world. Workers in the United States cannot neglect our responsibility to aid progressive movements in Nigeria by opposing our own government’s support for corrupt politicians. People in the United States must expose and resist the U.S. government’s arming of brutal military and police forces, which act to suppress progressive African movements and maintain imperialist ransacking of the African continent. Solidarity with Nigerians fighting for gender equality and democratic rights!