No Good Choices: How The Two-Party System Fails Voters

Though the 2020 elections set a new record for voter turnout, more people still chose not to vote than supported either candidate. This shows yet again that the bipartisan political regime of the U.S. has nothing to offer to most of the working class and oppressed. 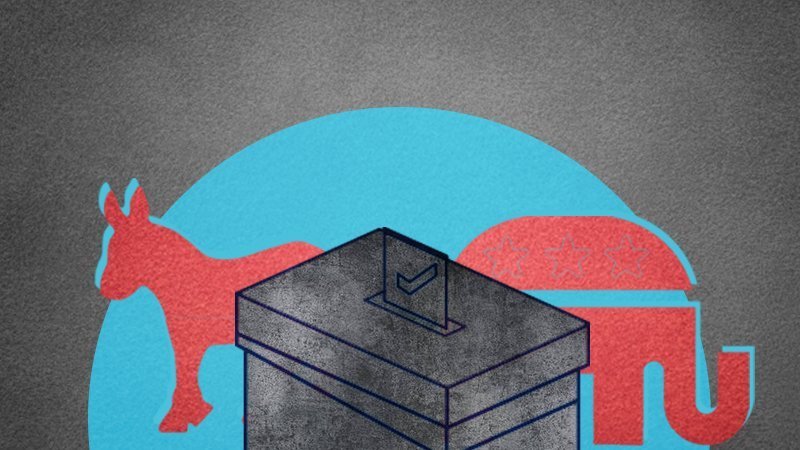 While it is now abundantly clear that Joe Biden has won the electoral college by a hefty margin, many questions remain about who voted in the election and why. As we begin to analyze this information we have to keep in mind the ways in which the bipartisan two-party system influences and shapes the choices of the U.S. electorate and distorts the way that information is interpreted. The similarities between the two parties and the broad consensus on many of the most fundamental questions of capitalist exploitation and imperialism means that most voters have no option that represents their actual interests or preferences.

It is also nearly impossible to understand what happened in these elections if we simply assess the perspective of the approximately 158 million people — who represent just 66 percent of the electorate — who voted for the two options for President this year. There are nearly 80 million eligible voters who did not vote. This is almost 3 million more votes than the 77 million votes obtained by Joe Biden, and almost 8 million more votes than Donald Trump received. Put another way, if we look at the option that won the most support in the popular vote for president this year, it was neither candidate at all. It’s difficult to know what these other 80 million eligible voters feel about the two candidates, why they did not vote, or who they would have voted for if given the chance. This is to say nothing about the perspectives of millions of people living in the United States — like undocumented people and incarcerated and formerly incarcerated people, for example — who are not allowed to vote at all.

As these numbers make clear, the U.S. bipartisan regime works in favor of the ruling class, suppressing the political perspectives of millions of working and oppressed people across the United States and securing a victory for the capitalist class no matter who wins the election. As socialists we should fight for the chance to use the elections as a platform to express a totally different agenda than the capitalist parties.

This obfuscation of political diversity is not a flaw, but a design feature of the U.S. political system. One of the goals of the bipartisan system is to obscure and eclipse  other political ideas and make it appear as if everyone supports either the Democratic or Republican party. Though other parties exist beyond the Democrats and the Republicans, the two major parties have billions of dollars of corporate money behind them, and the backing of the entirety of  the mainstream media.

Both parties use the advantage that they are currently occupying most of the political spaces at different levels of government. They monopolize time on TV and they are usually the only ones who appear in the presidential debates. As a consequence, running nationally against them is a massive challenge. To win, a third party must by necessity  “take votes” from one of the two main parties, making most people prefer to go for a “safe” option before taking the risk of “wasting” their vote. For example, Ralph Nader ran in 2000 for president on the Green Party ballot line, and was afterwards widely blamed by Democrats for  the defeat of Democratic candidate Al Gore against George W. Bush who won by a narrow margin.

If we had an electoral system that guaranteed the actual participation of other parties, more political perspectives could be expressed. It is not only about having more parties but also about providing a channel for those candidates to be heard like free and equal air time on national TV and radio.

Crisis in the Bipartisan Regime

Polarization expresses again that the traditional parties fall short as political representation. Biden may have been elected with the most votes in history, but that doesn’t mean that he represents in any way the actual needs or interests of those who voted for him. Many of the people who voted for Biden are not even explicitly “Biden supporters,” but rather people who did not want four more years of Trump.

The fact that the Democratic establishment was able to patch up its internal cracks by unifying behind Biden, doesn’t hide the fact that before Super Tuesday, they did not have a candidate with a clear mandate from most Democratic Party supporters. This was complicated by the influence of Bernie Sanders, a more progressive option that drew a significant amount of support throughout the primaries; at one point, it did look possible that Sanders could win the nomination, but once again, the Democratic Party establishment moved to bury his candidacy.

Despite Sanders’s popularity, the operation against Sanders and the progressive wing wasn’t met with a counter attack. Instead, the progressive wing encouraged their base to canvas and vote for the establishment option in the hopes of defeating Trump and receiving influence in a potential Biden administration. Bringing newly politicized sectors into the electoral fold to vote for Biden, these progressives now want recognition for their efforts in this election. They maintain that they saved the election for Biden, while the establishment Democrats argue that the Democratic Party’s association with progressive policies like Medicare for All prevented the “Blue Wave” from securing the presidency, House, and Senate for the Democrats.

What this shows is that the Nancy Pelosi and Biden wing of the party are pushing the Democrats more to the right. Biden, after all,  ran on a campaign  of “law and order,” he defended the fossil fuel industry, he received hundreds of millions of dollars from Wall Street, he supported the private health care system, and he bragged about having defeated the “socialist” in the primaries. .. But their fight is not only against the progressive wing of their own party.  Though Biden and Harris have attempted to co-opt the energy of the movements in the streets, the Democrats remain deeply hostile to the progressive and radical phenomena beyond Sanders — those expressed in the movement against racism and police brutality, for immigrant rights, housing rights, etc.

The Democrats’ victory this year was mainly due to the rejection of Trump and the (false) presumptions of the  progressive sector that agitating for an agenda that addresses systemic injustices will be easier under a Biden presidency. The Biden candidacy did not resolve the Democratic Party crisis that was exposed with the defeat of Hillary Clinton in 2016; instead it offered more or less the same platform of weak reform and strong support for business interests, imperialism, and the carceral state. With Biden clinching the nomination, the crisis of the extreme center was hidden within the Democratic primaries. In other words, Biden’s victory is a weak one. Most people are celebrating that Trump is out, not that Biden is in.

The elections exposed a similar crisis within the Republican Party. Trump’s considerable performance in the popular vote shows that the Republican Party will have to  reckon with a right populist wing that is strong beyond Trump. A lot of questions are open about its future. How will Trumpism continue without being in power? At the same time, however, the GOP knows they need a new face for 2024 as they try to reestablish the bipartisan consensus and restabalize the regime. But Trump got 70M votes and will continue to be an important factor in politics, no matter who the Republicans put forward or how they try to reshape their party. Regardless, it’s quite possible, because of the undemocratic nature of the U.S. political regime, that the Republicans will still have considerable influence in U.S. politics for at least the next two years if the GOP is able to retain the Senate. The Senate, after all, is the ultimate decider on all legislation — regardless of which party controls  the House of Representatives, the members of the Senate have the power to stop anything progressive that comes across their desks.

Political Representation for the Working Class and Oppressed

Why do so many millions of people in the United States not feel represented by the two bourgeois candidates? What do the millions of 16 and 17 year olds who have been taking to the streets this year think? How many people refused to follow Sanders’ decision to rally behind his dear “friend” Biden? What about the immigrant vote, which is far from a monolith? How do we analyze these sectors?

In this year’s elections, the nearly 330 million people living in the United States were forced to choose between two candidates who are both rich, racist, capitalists, imperialists, sexists, and who have long histories in U.S. political and economic life. The lack of options forces voters to make pragmatic choices, but it’s not clear that they support either project entirely.

Further, the fact that another oppressor has been elected shouldn’t erase the fact we have lived through one of the most important movements against racism and police violence, that the COVID-19 crisis exposed the failures of the healthcare system, that our generations are threatened by the environmental crises, that young people have already lived through two economic crisis, etc. These problems will not be resolved by a democracy made for the rich.

There is a strong push to make people believe that “democracy” worked in this election. In his speech, Biden highlighted that it has been working for the last 244 years in the United States. But the kind of “democracy” that Biden boasts about was built on Native American genocide the enslavement of millions of Black people, and the hyper-exploitation of immigrants and working people of all races.

We must distinguish “democracy” from “bourgeois democracy.” A system that is already rigged from the beginning because of voter suppression, with a two-party system, with a structure that guarantees control by an undemocratic Senate, Supreme Court, Electoral College and a strong Presidential figure, is already limited. Under capitalism, there is no democracy for the working class; we don’t get to decide on the big issues that impact our daily life — the capitalists make those decisions on our behalf.

Giving up to the bipartisan system is not a political option, we must fight to make our voices heard. Many people are voting for progressive candidates, socialists, women, people of color,  and queers. How would it be if these candidates were running in a workers’ party that fights for socialism? We have to fight the regime for our right to participate in elections with workers’ candidates and an agenda of our own.

In these times, we need our own party to defend the only realistic option in the face of the catastrophe we are facing: to attack the interests of the capitalist sectors so that the workers do not pay for the crisis.