No One is Illegal: This Pride, I Fight for Roxana Hernandez

Roxana Hernandez is a trans woman who died in ICE custody in late May. This Pride, I fight for her and all LGBT immigrants. 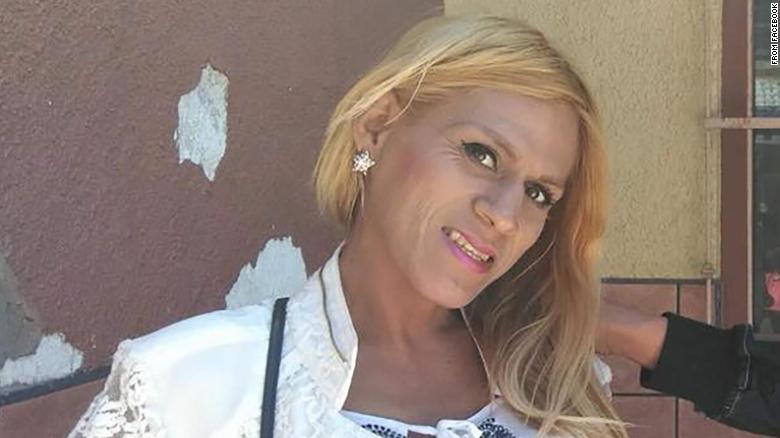 Read this article in Spanish here.

June 1 marked the start of gay pride month and the celebration has begun. Adidas launched pride sneakers. Just last year, US Bank launched its own “LGBT Pride” debit card, with many other banks participating in Pride parades. In New York City, every other business not only has a rainbow flag but rainbow products.

So much has changed since I was growing up when everyone talked about gay and lesbian people in hushed whispers when it seemed like Ellen DeGeneres and me — and maybe Sporty Spice — were the only lesbians in the world. The feeling that my desires were deeply wrong and that I was the only one, has to some degree, faded on a national scale. Gay people and to some degree, lesbians and bisexuals are out — on TV, in movies, in politics and even major capitalist corporations celebrate Pride.

And to some degree, I’m glad for the visibility. I’m glad to have the support of the majority for lesbian and gay rights (trans rights still have a long ways to go in this realm) and I’m glad that queer youth can see thousands of people celebrating who we are and who we love. I know the fact that corporations, politicians, and the media have to give lip service to us is a result of decades of LGBT activism, a product of struggle.

But, this Pride, I look around and mostly, I feel rage. Children are being separated from their parents at the border and the capitalists are making rainbow products in sweatshops. So, instead of wrapping myself in corporate-sponsored rainbows and happily celebrating with a corporate-sponsored rainbow beer in my hand, this Pride, I fight for a trans undocumented immigrant who died in ICE custody, Roxana Hernandez; I fight for the rights of queer migrants, against ICE, the detentions and the deportations.

Roxana Hernandez attempted to come to the U.S. as part of an immigrant caravan that marched, drove and rode the train to the US-Mexico border to bring attention to the plight of immigrants. As a trans woman born in Honduras, she and other trans people who participated in the caravan were fleeing persecution and violence in their home countries.

For days, Hernandez was held at a detention center by U.S. Customs and Border Protection known as the icebox (or la heladera to immigrants) due to the freezing cold temperatures. Immigrants rights groups report that the lights were kept on 24 hours a day and Hernandez, who is HIV positive, did not have access to medical care. She was transferred to the Cibola County Correctional Center in New Mexico where she only stayed one night. The next day, she was in the hospital with signs of pneumonia, dehydration and “complications associated with HIV”.

Roxana died in the hospital just a few days before the Pride month began — a month meant to commemorate the Stonewall Riots, led by trans women of color, Marsha P. Johnson, and Sylvia Rivera. Her death highlights that despite the multitude of rainbow products and Pride-themed corporate advertisements, despite the media coverage, we still have the same enemies as we did decades ago — the state and its repressive mechanisms like police and ICE.

Capitalism has the incredible ability to integrate tokens into the system that systematically marginalizes and oppresses and calling it a victory. But outside of that “victory” are still women like Roxana Hernandez, who like Sylvia Rivera before her, are locked in cages and criminalized. There are still women of color like Roxana who die due to the repressive mechanisms of the capitalist state.

So, this pride, I fight for Roxana and all of the immigrants like her. For the LGBT immigrants who 97 times more likely to face sexual assault in federal detention centers than the general population. I fight for Roxana and women like her who are much less likely to receive asylum after Jeff Sessions’s disgustingly inhumane declaration that domestic violence and gang violence are no longer grounds to seek asylum.

These include cases like queer woman Laura Monterrosa, who asked for asylum at the border after being threatened by homophobic attacks by gangs in her home country of El Salvador. She was taken to a private detention center in Texas, where she reported being repeatedly sexually assaulted by a guard. ICE argued that there was insufficient evidence to charge the guard and Monterrosa was kept in the same prison with her attacker. After months of being locked up with her assaulter for the simple “crime” of attempting to escape violence in El Salvador, Monterrosa tried to kill herself. She was then placed in solitary confinement “for her own safety.” She was finally released in March after her case national received attention and people began to mobilize on her behalf.

Who will speak about Monterrosa and queer immigrants like her at Pride? Certainly not Adidas, or Budweiser or the police who march in pride parades around the country.

I mobilize for Roxana, and the women like her who are HIV positive, suffering under the exorbitant costs of medicine and the continued stigma, that sometimes results in the denial of care from medical professionals. Although once a primary rallying cry of the LGBT movement, most of the movement has moved to focus on issues such as marriage equality and gay and lesbians in the military, leaving behind the working-class people, trans people and people of color who to continue to die of HIV.

I fight for Roxana because despite the anti-Trump rhetoric at Pride, I know that Obama, as well as Trump, are enemies of trans immigrants. In fact, during the Obama administration, a story quite similar to that of Roxana Hernandez occurred, when Victoria Arellano, an HIV positive trans woman from Mexico died in ICE custody, after being denied medical care. She was just 23 years old.

While women like Arellano, Hernandez, and Monterrosa die in cages or are raped by guards, much of the LGBT movement looks the other way. Pride has drifted further and further away from it’s radical and activist roots. Today, it’s a marketing opportunity for corporations who want queer people as customers and police who want to clean up their image. Yet, queer immigrants and people of color continue to die at the hands of the state. This Pride, we must remember our roots. We must remember that Stonewall was an uprising against police by poor and working-class trans people of color that unleashed a movement for LGBT liberation. That’s why part of reclaiming Pride is to kick out the cops and the corporations who exploit, oppress and kill us.

Although we have gained a few inches of progress, the working class and oppressed still have a world to win — a world without borders, without police and without capitalist exploitation where we will be free to live our genders and sexuality freely and openly.

This Pride, we must fight for this world, a world where Roxana Hernandez and the undocumented immigrants and trans women like her would be alive, healthy, happy and able to march with us.