Collaborate with Left Voice by writing, making art or videos about anti-capitalism, Stonewall and the fight for sexual liberation. 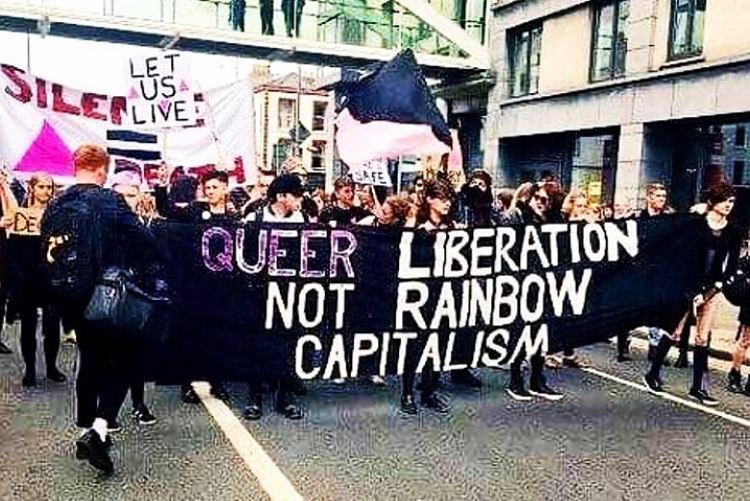 We all had a collective feeling like we’d had enough of this kind of shit. It wasn’t anything tangible anybody said to anyone else, it was just kind of like everything over the years had come to a head on that one particular night in the one particular place, and it was not an organized demonstration. … We weren’t going to be walking meekly in the night and letting them [the cops] shove us around—it’s like standing your ground for the first time and in a really strong way, and that’s what caught the police by surprise. There was something in the air, freedom a long time overdue, and we’re going to fight for it. It took different forms, but the bottom line was, we weren’t going to go away. And we didn’t. —Michael Fader, a Stonewall veteran

Want to write for Left Voice about LGBT+ issues? Email us at [email protected] or fill out this form.

June is the 50th anniversary of the Stonewall uprising, which kicked off the LGBTQ+ rights movement. It was a riot, in which the most marginalized among our community fought back against the police. The riot lasted six nights, bringing out other marginalized sectors of society, with queer people of color on the front lines.

The Mattachine Society, which was then the biggest gay organization, opposed the riot, and it’s no wonder. After all, they were busy asking gay men to not be “too effeminate,” seeking to integrate gay men into patriarchal, capitalist society without any questioning of the roots of the system. And then they posted this at the Stonewall bar: 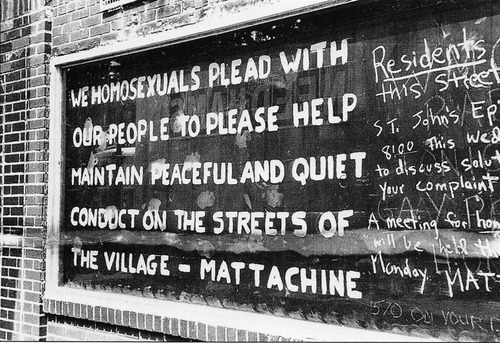 There are countless organizations today with similar politics on LGBT+ issues, organizations that refuse to question the roots of our oppression and that instead ask us to “maintain peaceful and quiet conduct” in the face of police violence, imperialism and the rise of the right.

Fifty years after Stonewall, Pride parades have been taken over by sectors similar to the Mattachine society. It has turned into a massive corporate parade of banks, corporations, capitalist politicians and cops. The cops who beat us in 1969 and continue to lock up the most marginalized and poor among us get to march in the parade. The banks that evicted us and hundreds of thousands of other folks during the 2008 crisis get to march in the parade. So too do the politicians of capitalist parties who for decades, at best ignored us and more often maligned us. And this year these same sectors will celebrate the 50th anniversary of the birth of our movement: the date of a riot against them.

Left Voice wants to fight that gross distortion of our history.

On the 50th anniversary of Stonewall, we want to highlight the combative legacy of Stonewall and the legacy of the anti-capitalists who organized after Stonewall in organizations such as the Gay Liberation Front. Despite our political differences with the GLF, we agree with their publication The Rat, which identified the need for a revolutionary group “formed with the realization that complete sexual liberation for all people cannot come about unless existing social institutions are abolished. We reject society’s attempt to impose sexual roles and definitions of our nature. … Babylon has forced us to commit ourselves to one thing: revolution.” In light of the ongoing coup attempts in Venezuela, and apartheid in Palestine, Trump’s offensive on the border, we also agree that our movement, like the GLF, must be uncompromisingly anti-imperialist.

Despite the legalization of same-sex marriage and the increased media visibility of gay men in particular, the oppression of LGBT+ people continues, especially for the most oppressed and exploited among us: those of us who are trans, working class, of color, undocumented and/or differently abled. Trans migrants are stopped at the border and die at ICE detention centers. Even for those of us with papers, is especially hard for us to find jobs and to get health care and affordable housing.  In this sense, there is no contradiction between the fight for LGBT+ rights, sexual liberation and socialism. Our fight is against the racist, patriarchal capitalist system that profits from our oppression; we know the fight against exploitation and the fight against the oppression of LGBT+ people, who are central parts of the working class, are not separate struggles. We are united against the same system.

LGBT+ liberation, sexual liberation, is impossible in capitalism, so we fight for socialism. Not the fake socialism of Stalinism and Castroism, which criminalize LGBT+ people, but in the legacy of the Bolsheviks who not only overthrew the capitalist class but who also, as early as 1917, decriminalized homosexuality and named an openly gay people’s commissar for foreign affairs, Georgy Chicherin.

But we have a much stronger basis to theorize sexual liberation than the Bolsheviks did in 1917. We must learn lessons from the good and the bad of 100 years of LGBT+ organizing, and decide on what we agree with and what we don’t in queer and feminist theory. But this we are sure about: The socialist revolution of the 21st century will be draped in rainbow flags and trans flags.

In this spirit, we want to invite people to collaborate with Left Voice to put out LGBT+ related articles, videos, interviews, art and so on, including work about Stonewall but not exclusively: “From Mattachine to HRC,” LGBT+ rights and the Trump administration, the top five groups we should kick out of pride … whatever seems interesting to you!

Left Voice is part of an international network of socialist websites in 11 countries and five languages. We are on the side of the working class and oppressed in the United States and around the world, so we report, write about politics, theory and strategy and make videos to highlight our day-to-day struggles and our struggle for socialism. Left Voice is an unapologetically socialist publication that puts forward the need for revolution; we aren’t down with the cops, capitalists or their parties.

If you want to collaborate with us on reclaiming Stonewall, email us at [email protected] or fill out this form.