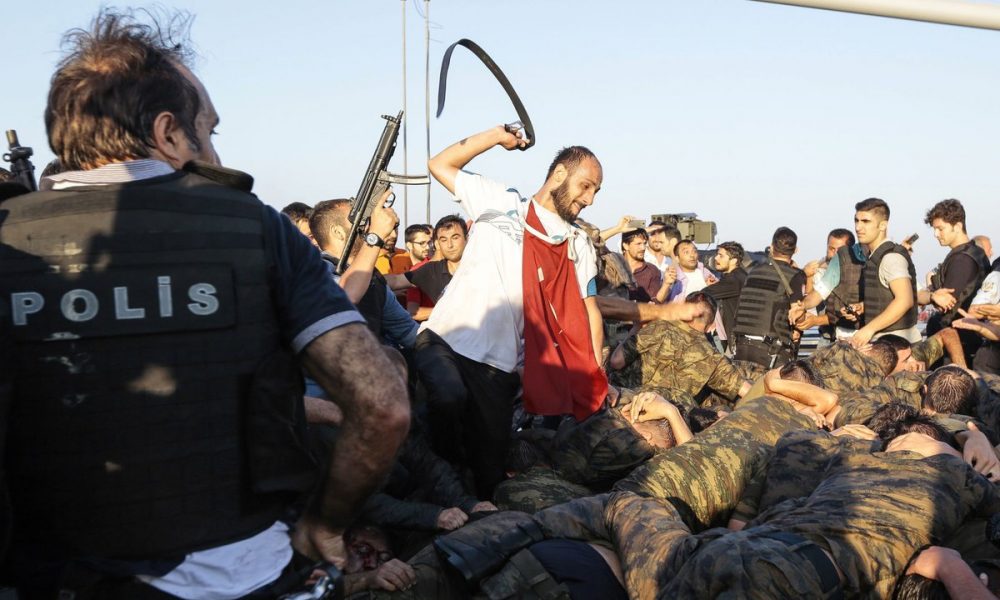 It is still early to make conclusive comments on yesterday night’s coup attempt in Turkey, which left around 200 people dead. But we can make some preliminary observations.

A group within the military tried to organize a coup, but failed. Why now? The High Military Council, which determines promotions in high-level positions, is scheduled to convene during the first week of August. The general staff–controlled by the government–was keen on dismissing a number of generals and colonels belonging to the Gülen sect, previously an ally but now an enemy of President R.T. Erdoğan. On July 15 at about 9:30 PM, the Gülen sect went into action–taking the country’s top general and other members of general staff under custody and seizing the Istanbul bridge and airport, public TV, major avenues and squares. In the capital city of Ankara, the coup plotters engaged in heavy clashes around the general staff headquarters, bombed the national intelligence agency, and killed 17 police special forces members in an aerial attack.

They went on to issue a statement on public TV that the government committed treason against the country, and declared curfew. In response, Erdoğan, who slammed and banned social media numerous times in the past, broadcasted a message via Facetime, calling “the nation” to the streets to oppose the coup. Soon enough, announcements were aired from mosque loudspeakers urging the people to wage a holy war (jihad) against the attempted coup. Thousands of Erdoğan supporters took to the streets to defend the Justice and Development Party (AKP) offices and stop the tanks.

At around 1:30 AM, the military chain of command started to bring the situation under control: The general staff members were released and senior army commanders condemned the coup. Some who plotted the coup were taken under custody by the police. In response, others bombed the parliament, which was the first such occurrence in the country’s history, attempted to take over companies and pro-government private television stations, and continued to fight. Nevertheless, the failure of the coup became evident.

Neither coup, nor authoritarianism

As the coup began to unravel, some commentators on the Left began to argue that the whole thing was staged from the start, simply to grant legitimacy to the AKP government. In fact, it was an actual military intervention and most Left groups correctly opposed it, since the antidote to Erdoğan’s authoritarianism is not tanks, but the power of the working class and impoverished masses.

Nevertheless, it is also true that this event will give the AKP government the ideal opportunity to recover its tarnished image and for Erdoğan to install the presidential system. Since Erdoğan’s elimination of the former Prime Minister Davutoglu in May, AKP has suffered from internal strife. The current Prime Minister Yıldırım is seen by many within the party as unworthy of the job. Furthermore, the government suffered huge setbacks in foreign policy, especially in its relations with Israel and Russia. Erdoğan’s image reached a nadir when he recently issued an apology to Putin for downing a Russian airplane last November.

Turkey has been hit by numerous ISIS attacks and the army has suffered heavy casualties in the war against the Kurdish guerrilla, despite razing city after city to the ground.

Even The Economist indicates, “If Mr Erdoğan survives [the coup], he will emerge stronger and more determined than ever to crack down on domestic opponents. His long-running quest to grant himself even more political power by changing the constitution to create an executive presidency will only be strengthened.”

Indeed, Erdoğan stated, “This is the grace of Allah, an occasion to cleanse the military.” Now, not only senior military officers, but also judges and prosecutors who oppose Erdoğan are being arrested in the thousands. In short, the AKP is bringing under full control those last fringes of the state apparatus which resisted it. As a next step, the government may announce a referendum or election to formally establish an authoritarian presidential system in Turkey.

Furthermore, the coup attempt has given Erdogan and the AKP the chance to mobilize their followers en masse. Until now, unlike classical fascist parties, the AKP had chosen not to mobilize its “grassroots” mobs on a large scale, instead deploying the army and police to crush dissidents: workers, Kurds, women and youth.

However, yesterday the president, PM, AKP mayors and clergy called on their supporters not to abandon the streets for hours on end. Thousands of radical Islamist militants heeded their call and fought against the coup plotters. There are scenes of hundreds of putschist soldiers being lynched and even some beheaded by mobs shouting, “Allah is great.” This suggests that, in order to overcome its domestic and foreign policy setbacks, the AKP will mobilize its base on a more massive scale. An MP from the Kurdish Peoples’ Democratic Party (HDP) summed it up, saying, “The attempted coup will simply strengthen the political coup carried out by AKP.”

Since before the attempted coup, the government had made it virtually impossible to stage protests and demos. Legal strike action has become a de facto impossibility throughout the country, and workers have to resort to illegal wildcat strikes, which carry harsh consequences. Trade union, youth and women activists are under constant pressure of violence and imprisonment. Now, a more difficult period awaits the Left and the working class in Turkey–posing great challenges to the creation of a broad front to confront AKP authoritarianism, which appears more urgent than ever.