No Vote for the Capitalists in Round 2. Let’s Prepare for Struggle with Class Independence

Our comrades in France speak out on the second round of the country’s regional elections, calling for workers to abstain and instead prepare for an upsurge in the class struggle. 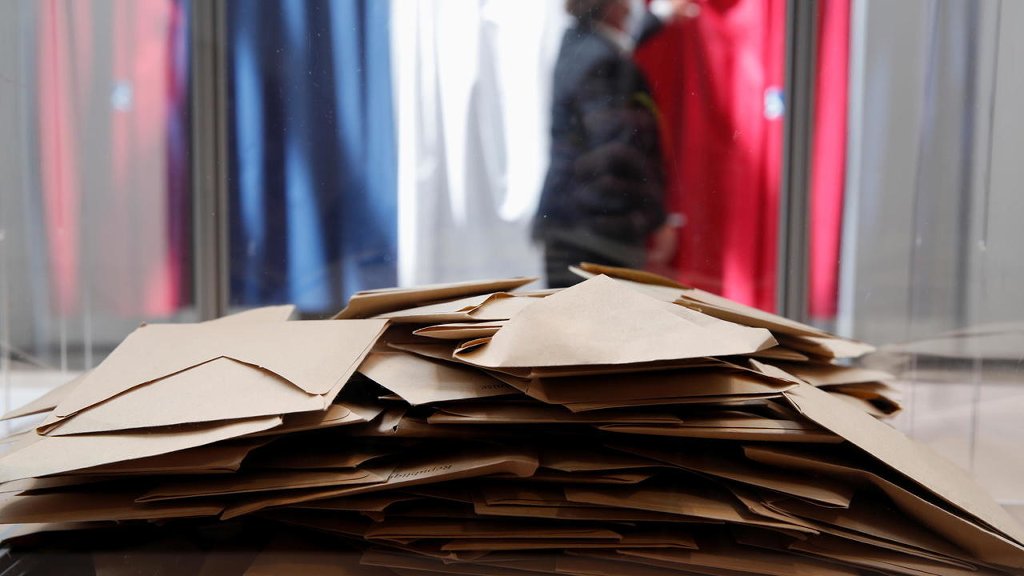 For the second round of France’s regional and departmental elections on June 27, Révolution Permanente calls for no vote. There is no one to vote for, even with critical support, when the so-called “reformist” Left of La France Insoumise1Translator’s Note: La France Insoumise (LFI, Unbowed France or Unsubmissive France) is a social-democratic populist party founded in 2016 by Jean-Luc Mélenchon, its candidate in the upcoming 2022 presidential election. — without even batting an eye — lines up behind two bourgeois parties: the Socialist Party (PS), which has privatized more in France than the Right, and the “green capitalists” of Europe Écologie – Les Verts (EELV, Europe Ecology – The Greens). Both defend capitalism and Big Business tooth and nail.

Instead, let’s prepare for the next battles – on the decisive terrain of class struggle.

First Round: Abstention and a Slap in the Face to Some Parties

The 66-percent abstention rate in the first round on June 20 revealed a massive rejection of the midterm election framework and of the entire political class by a significant part of the French population. It shook the ruling class, whose editorialists went so far as to evoke the need to make voting compulsory and punish abstainers. It is a new deepening of the discrediting of the political institutions of the Fifth Republic.2Translator’s note: The “Fifth Republic” is the current permutation of France’s republican system of government, established in late 1958 under a new national constitution. And above all, it testifies to the absence of an independent alternative to represent the working class and most marginalized.

President Emmanuel Macron took a real slap in the face. A significant number of LREM3Translator’s note: La République En Marche (LREM, The Republic on the Move) is the party founded by Macron in 2016. candidate lists didn’t even manage to pass the 10 percent mark necessary to reach the second round. On every front, it was a failure of Macron’s dual track strategy to nationalize the election and create a much-needed backup to ensure the Republicans beat the Rassemblement national (RN).4Translator’s note: The Rassemblement national (RN, National Rally) is the new name of the Front national (FN, National Front), France’s major far-right and anti-immigrant party. The FN was founded by Jean-Marie Le Pen in 1972, and today his daughter Marine Le Pen is the RN’s president. For its part, the RN was counting on the security climate the government and media have whipped up to make a big score and snatch one and possibly several regions for the first time in its history. But despite the stakes for the far-right party, its usual voters didn’t mobilize, meaning the RN vote collapsed in its usual strongholds. All of this points to a possible crumbling of the party’s base, against a backdrop of increasing pledges to the ruling class that have undermined marketing itself as “anti-system.”

The only political force that ran under the security banner and that seems to have emerged from the first round strengthened are the traditional, but no less reactionary, right-wing Republicans. With no real surge in its votes, LR5Translator’s note: Les Republicains (LR, the Republicans) is a center political party that traces its origins back to the establishment of the Fifth Republic in 1958. held up — as did the PS — in the regions it already leads, while racking up several victories against RN candidates that allowed the party to rob Macron of the mantle of “bulwark” against the far right. It was but a small victory for the parties of the old world, pillars of the French bourgeoisie and the Fifth Republic, which will likely maintain themselves at the head of several regions. This is enough to call into question whether the 2022 presidential election will be the duel between the RN and LREM that has long been seen as inevitable.

Speaking of La France Insoumise, its approach in the regional elections has been all over the map: united candidacies with the Greens in Pays de la Loire; lists with the French Communist Party (PCF) in Île-de-France (the Paris region); participation in unions of the “Left” running the gamut from the Greens to the PS to the PCF, as in Hauts-de-France; and, often out of spite, lists with the New Anticapitalist Party (NPA) in Occitanie and Nouvelle-Aquitaine. LFI has been largely opportunist, not hesitating to ally with the Socialist Party or even line up with an ex-Macronist in Pays-de-la-Loire.

Continuing this approach, LFI hasn’t hesitated to get in bed with all sorts of politicians for the second round, with mergers and alliances aimed at capturing a few seats. In Île-de-France, La France Insoumise has merged with the neoliberal Socialist Party and the EELV supporters of green capitalism. This has an institutional logic: win positions at whatever cost, even if it means compromising with a social-liberal Left that has been the architects of anti-social and anti-democratic attacks in exchange for a few seats on some regional councils. This is the very policy that LFI leader Jean-Luc Mélenchon himself was the first to disparage. Last May in Le Monde, he criticized the absurdity of “ecological capitalism” defended by Greens leader Yannick Jadot and EELV, as well as the “social-liberal PS, [which] is promised a more or less rapid extinction.”

In the same vein, in the Provence-Alpes-Côte d’Azur (PACA) region, the PCF is calling for a vote for the Republicans to beat the far Right, while its own left-wing unity list with EELV has withdrawn from the second round in the name of a “front for the republic.” Such a policy can only reinforce the very parties responsible for the deep security-related attacks and racist and neoliberal reforms, and feed the dynamics of the far Right. It makes any critical support to these lists impossible.

Abstain and Prepare for the Coming Confrontations

The first round of these regional elections revealed, one year before the presidential elections, just how deeply discredited the institutions of the Fifth Republic have become — to the point of arousing ruling-class concerns and the specter of a return of the Yellow Vests. Former prime minister Édouard Philippe, evoking the abstention in La Dépêche, went on to insist that “the deep causes of the crisis of the Yellow Vests have not disappeared.” This is not a trivial statement. It’s been uttered several times in recent days, revealing a fear that the anger expressed in the abstention will transform into explosions of social struggle. In the same vein, Geoffroy Roux de Bézieux, the head of MEDEF (the country’s largest employer federation) expressed concerns that the uprising against pension reform would again rear its head. He noted, “Social movements often come when they are at least expected, [when] there is an accumulation of suffering and individual frustration.”

The votes won by the Lutte Ouvrière (LO) lists,6Translator’s note: Lutte Ouvrière (LO, Workers’ Struggle) is a French Trotskyist party that traces its origins back to 1939. particularly the one led by Nathalie Arthaud in Île-de-France, show that even with the security-related and racist offensive of recent months, workers’ lists based on genuine class independence can mobilize a part of the electorate to ensure making “the workers’ side heard.” Indeed, LO’s 320,000 votes — some 2.3 percent of the votes cast nationwide, and including 3.6 percent in Hauts-de-France — show how just how much our class needs to represent itself, completely independent of the bourgeoisie and its institutions, and far from the compromises and betrayals of the institutional Left. Those numbers also suggest the potential of an even broader anti-capitalist front of LO and the NAP, while maintaining class independence. That could have been had the NPA not capitulated with its alliances with LFI, which achieved quite meager vote totals. In fact, LO actually came close to the LFI–NPA alliance in Nouvelle-Aquitaine.

While the RN’s totals show a certain erosion of the vote for the extreme right, this is no time for political maneuvering and opportunist alliances that play into the hands of returning the old parties of the regime, whether it is the PS or the Republicans. There is no path forward for the working class and oppressed alongside the PS, the party of betrayals. Today, the PS aligns itself with the racist and anti-democratic attacks of the government. Nor is there anything to hope for from the green capitalists of EELV, whose leader Yannick Jadot takes part in MEDEF’s summer school, and which with the PS and the PCF demonstrates alongside Interior Minister Gérald Darmanin and the racist and reactionary police unions.

We reject any “front for the republic” or “union of the Left” with those who compromise with the exploitation and oppression of workers. These alliances and false alternatives promise only more years of capitalist management and no way out of the crisis for workers. We called for a vote in the first round for Lutte Ouvrière, the only class-independent list to present a program for our class, but we call for no vote in the second round, because no list presents an alternative for the working class. We do not want to sow illusions in elections. The answer to the economic crisis, the environmental crisis, the security-related and racist offensive, and the rise of the far Right will come only from our side engaging in the methods of class struggle: mobilization in the streets, self-organization, and strikes. This is why we call for building a revolutionary workers’ party with a genuine anti-capitalist working-class program, a party that is completely independent from the state and its institutions.

First published in French on June 24 in Révolution Permanente.