None of This Was Inevitable: Half a Million Covid Deaths and Counting

In less than a year, 500,000 people have died of Covid-19 in the United States. The failure to contain the pandemic has been a bipartisan affair. 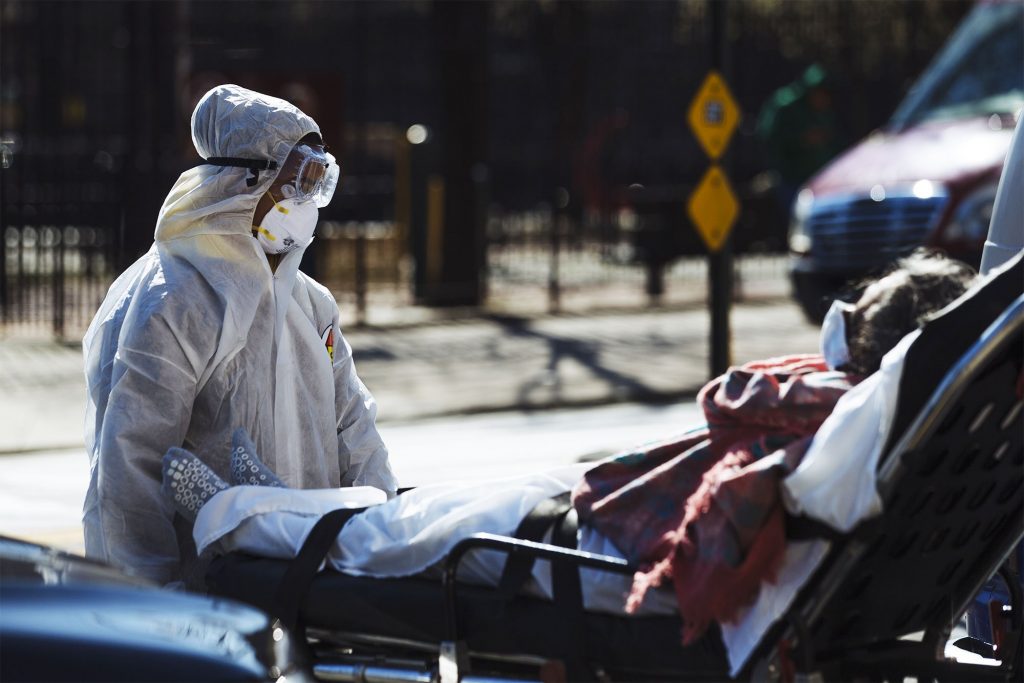 There have now been half a million deaths caused by Covid-19 in the United States. It’s a figure so devastatingly high that it nearly defies comprehension. Covid deaths have surpassed American combat deaths in World War I, World War II, Korea, Vietnam, Iraq, and Afghanistan combined. Among causes of death, Covid trails only heart disease and cancer in the United States. How is it that the world’s richest nation has suffered the deadliest consequences of this global pandemic?

Former President Donald Trump’s denialism and callous disregard for public health were certainly among the most important contributing factors. In fact, his refusal to offer any meaningful response may very well have sunk his reelection chances for 2020. Voters rightly saw how Trump dismissed the danger of the virus in its early days, downplayed the need for mask-wearing, promoted fake cures like Hydroxychloroquine, and encouraged thousands to attend an indoor campaign rally.

However, it would be a mistake to assign responsibility solely to Trump or the Republican Party. The failure to contain the spread of this pandemic has been a bipartisan affair. These deaths are not merely a case of bad leadership — they are the predictable result of the particularly oppressive and exploitative form of neoliberal capitalism that has dominated the United States for almost half a century.

Pandemics Are Outcomes of Capitalist Production

The recurrence of infectious diseases and their rapid spread around the world are direct outcomes of capitalist production. Many can be traced to the world’s forests, which have been razed at breakneck speed to make way for industrialized farming and mining activity. Deforestation has led to the increased interface between humans or livestock and vectors of disease such as bats or mosquitoes. The current outbreak likely had its origin in China’s Hubei Province, but the next one may just as easily come from Brazil, Indonesia, or any of the countries that are home to widespread deforestation. Or it might emerge in the United States, where factory farming has created ideal conditions for disease to spread among domestic animals and then jump to human beings.

You might be interested in: Capitalism Is a Virus: Value Chains, Class Struggle, and the United Front

While the role played by China is not insignificant, we must place equal or greater blame on the United States and European powers that have outsourced mining and agricultural production to nations where the cost of labor-power is far lower and environmental regulations are easily skirted. Ecological Marxists Rob Wallace and Mike Davis have contributed greatly to our understanding of the pandemic’s basis in capitalism’s irrational and ecocidal methods of production. Even before the current outbreak, Wallace and Davis noted that deforestation, industrial agriculture, and the forced migration of small farmers from the countryside to slums in urban centers have all played vital roles in the appearance of new diseases this century. And despite the warning signs — the avian flu, swine flu, SARS 1, and MERS — these reckless practices have continued just as before. As Wallace writes, “agribusiness is so focused on profits that selecting for a virus that might kill a billion people is treated as a worthy risk.”

Aggravating the crisis were the major airlines, which helped the newly emergent virus to criss-cross continents in a matter of weeks. Global air travel doubled from 2004 to 2019. Had SARS 1 emerged not in 2002 but in our current age of extensive air travel, its consequences could easily have been just as deadly as its relative, Covid-19. The airline giants must therefore be held responsible for two global health emergencies: the coronavirus pandemic and a climate crisis that, according to the UN, threatens the lives of more than a billion people.

The pandemic has hit the United States worse than all other G20 countries — a result of the distinctively oppressive conditions of American capitalism. Unlike most developed countries, the United States offers no public health care or guaranteed paid sick leave, forcing many to forgo treatment or work while sick. Rapacious rents, particularly in the largest cities, have left many working people living in overcrowded houses and apartments. Politicians have consistently refused to close their economies or reopened far too early, acting in the interest of businesses, not workers. In the meatpacking industry, for example, plants remained open in the pandemic’s worst days and workers struggled to receive adequate PPE or paid time off, leading to thousands of deaths. As many as 8 percent of all U.S. infections by last July were represented by workers in livestock processing. Of course, those most likely to become infected and to die are the sectors already super-exploited, namely Black and indigenous people, Latinos, and the poor.

While much of the blame for this public health failure belongs to Trump and the Republican Party, the Democrats have not been much better in their responses. New York’s Democratic governor Andrew Cuomo, for instance, published a book celebrating his successful handling of the pandemic, but his actions (and inaction) were directly responsible for the state’s outsized death toll. Only one other state, New Jersey, has seen more Covid-19 deaths per 100,000 residents. Cuomo’s austerity measures, which included cuts to Medicaid, forced thousands to continue working despite the risk of infection. After the virus reached the state, Cuomo again and again resisted calls to close businesses and schools. “There is not going to be any quarantine, no one is going to lock you in your home, no one is going to tell you, you can’t leave the city…That’s not going to happen,” said the Governor in mid-March 2020. It has recently come to light that deaths in the state were well above what Cuomo reported: according to the state’s Attorney General, more than 6,000 Covid deaths in nursing homes were left out of the governor’s official tally.

Meanwhile, California’s Democratic governor Gavin Newsom has also overseen almost 50,000 deaths, and California continues to report almost 300 deaths per day. Despite this, Newsom recently lifted stay-at-home orders, is demanding that schools reopen as soon as possible, and has threatened to veto proposals to postpone the opening of schools until April.

In his first month in office, Joe Biden has already shown that he is unwilling to take the steps necessary to drastically limit the number of deaths and end the pandemic quickly. Like Trump before him, Biden’s main priority is to reopen the economy and protect corporate profits. His promise to fully reopen U.S. schools within 100 days, even though several reports have confirmed that school reopenings contribute to the spread of the virus, shows that his administration cares more about protecting the interests of employers than the health of U.S. workers.

While the bourgeois media has applauded Biden for his plan to vaccinate 100 million Americans in 100 days, the proposal is actually far less ambitious than it appears. In fact, by Inauguration Day the country was already on track to reach that milestone, but just five days later the president told the public to expect an additional 250,000 deaths before the virus was under control. This cynical prediction was hardly inevitable, however, and there is an easier and more efficient way to quickly produce and distribute the vaccine. On his first day in office, Biden could have forced Pfizer and Moderna to share their patents, allowing countries around the world to manufacture the vaccines in much greater numbers. Doing so now would allow the United States to vaccinate its entire population much faster while reducing the risk of future outbreaks and mutations by ensuring that the entire world has access to the vaccines needed to end the pandemic once and for all. The problem is that doing so would directly threaten the profits of the same pharmaceutical companies that are currently making billions off of the exclusive rights to their vaccine patents — something that Biden and the rest of the U.S. regime are clearly unwilling to do.

Despite this terrifying milestone, we are still many months away from getting the disease under control, and it is almost certain that the United States will see many more thousands of deaths before this pandemic is over. Although there is still time to take the actions necessary to drastically reduce that number, that can only happen if working people and their organizations take the lead as they did in the first months of the pandemic to shut down workplaces and schools while protecting salaries, and demand PPE, safe working conditions, economic relief, free and public healthcare for all, and immediate access to the vaccine for all frontline workers and vulnerable populations. The fact that the U.S. government has so completely failed to manage its response to this crisis shows unequivocally that capitalism has outgrown its usefulness as a social and economic system. The 500,000 people who have died are not victims of a natural disaster — they are victims of capitalist irrationality and cruelty.