North Carolina’s latest addition to Congress, a 25-year-old Republican and Hitler enthusiast, shows that the far-Right is far from finished. 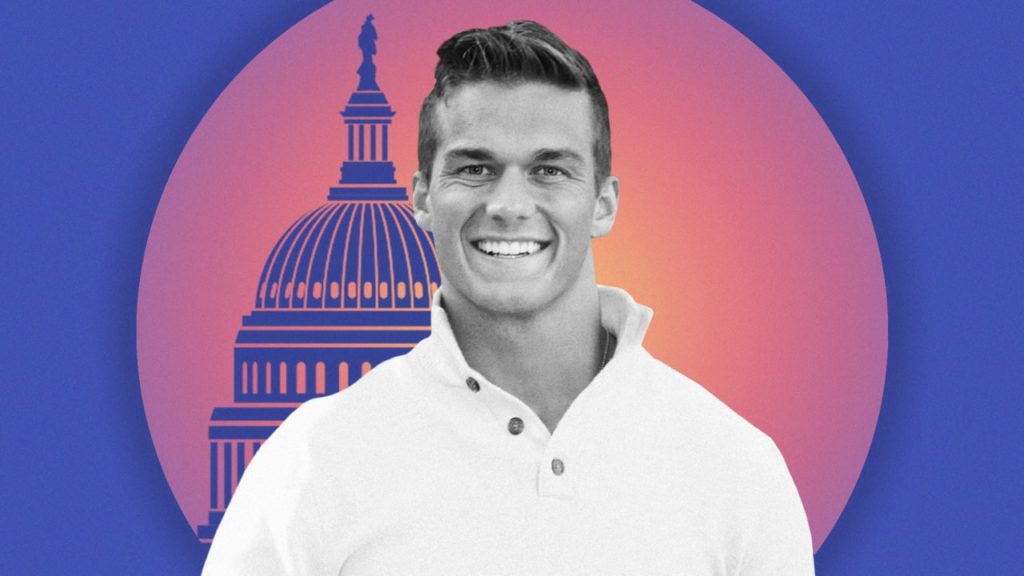 For the liberals and never-Trump conservatives in the bourgeois political and media establishment, the wait to hear who won the U.S. presidential election has been a real nail-biter. Sick of not being able to ignore all the violence and inhumanity of capitalism and American politics Trump has flaunted during his presidency, Biden supporters are eager to pretend this chapter of history has come to a close.

Left Voice has written extensively about how Trump is not a uniquely evil president, but rather a symptom of the capitalist system in which we live. This point can be highlighted in many ways, such as the overlap in Trump’s and Biden’s policies or through the examples of other blatantly racist presidents in U.S. history. There is now a new example of just how commonplace Trump’s politics are in this country. His name is Madison Cawthorn.

On Tuesday, Cawthorn was newly elected to Congress from North Carolina’s Eleventh District. He is proof that despite what many neoliberals and neoconservatives alike would like to claim, Trumpism is already well set to continue past a Trump presidency.

Many people beyond North Carolina got their introduction to Cawthorn when he drew widespread criticism for a vile 2017 Instagram in which he visits Hitler’s vacation home. He states that it’s been on his “bucket list for awhile [sic].’ Cawthorn has also used his Instagram account to jokingly compare his “conquering” of a Mexican restaurant to how the Spanish Conquistadors conquered an entire civilization.

Like Trump, Cawthorn also has a reputation for sexually assaulting women. A letter signed by ten of his former classmates at Patrick Henry College details his abusive behavior. “During his brief time at the college,” the letter states, “Cawthorn established a reputation for predatory behavior. His modus operandi was to invite unsuspecting women on ‘joy rides’ in his white Dodge Challenger. Cawthorn would take young women to secluded areas, lock the doors, and proceed to make unwanted sexual advances.”

Disgust at Trump’s dehumanizing attitude towards women and people of color has always been correct. What is incorrect is the idea that voting Trump out of office will remove racism and misogyny from federal offices. Cawthorn’s election ensures that these attitudes will endure in the U.S. government

Like Trump, Cawthorn is also not an outlier. Racism and misogyny are staples of the capitalist system of government upon which this country was founded. From Thomas Jefferson raping slaves to Bill Clinton championing mass incarceration and sexually abusing Monica Lewinsky, violence toward women and communities of color can be found throughout American history. Just look at the heroes of the Democrats and Republicans. Many in the Democratic Party’s progressive wing consider Franklin Roosevelt to be one of the greatest presidents. During World War II, FDR oversaw the rounding up and imprisonment of roughly 120,000 Japanese-American citizens simply because of their ancestry. Ronald Reagan, the chosen hero of never-Trump Republicans, was the architect of the racist “War on Drugs” and mass incarceration policies that ravage Black communities to this day. Like Trump and Cawthorn, he was also accused of sexual violence.

Still, while Cawthorn’s racism and misogyny may be common among those who serve in the U.S. government, he is uniquely terrifying because of his age. He will be the youngest member of Congress since 1797. Like the white supremacist terrorist Kyle Rhittenhouse, or the largely young demographic of the 2017 “Unite The Right” white supremacist rally in Charolottesville, Virginia, Cawthorn shows that the dangerous white nationalism the Trump administration has emboldened is being carried on by younger generations. This includes young people in far-right militias that have protested state shutdowns and mask mandates at the start of the U.S. response to the global pandemic and then came out to counter the largely popular Black Lives Matter movement for police abolition and justice for Black communities subjected to police violence.

Those who think that the rise of the far Right goes away with a Biden victory are in denial. No one should be counting on Biden to counter these far-right groups effectively. Capitalism makes the U.S. government skew to the right. This election cycle featured non-stop fear mongering about barely left-of-center politicians such as Bernie Sanders and AOC trying to hijack U.S. politics in general or, at the very least, those of the Democratic Party. The anti-left rhetoric is so extreme that Republicans even label Joe Biden as a socialist — which is ridiculous, not just because Biden’s record is as capitalist as they come, but because he has literally responded to this charge by bragging about how he “beat the socialist” in the primaries.

The Left has always been the target of political scapegoating in the United States, while the Right goes largely unchallenged. It is a reflection of the same right-wing bias reflected in U.S. foreign policy. There are many historical examples, such as when this country rescued Nazi scientists and gave them safe haven here just to get an edge on the Soviet Union during the Cold War — ignoring that many of them had been directly involved in war crimes. There are also the countless times the United States has intervened in other countries to replace left-leaning leaders with violent far-right regimes. This right-wing orientation has also played an essential role in the violent rightward shift of sectors within the U.S. population itself, and has allowed for unchecked organizing of far-right militias and white supremacist organizations. At the same time, every authoritarian measure imaginable is used against leftist activists, whether they are organizing for police abolition, environmental justice, or immigrant rights. So much of the political has skewed so far to the right that a candidate for Congress who gushes about Hitler’s vacation home on social media can win an election — while the Democratic Party establishment puts great effort into fighting the “progressive” wing of the party, embodied in The Squad.

It is essential that the Left oppose these politicians as fiercely as possible. That means continuing the fight against the Trumpism that will continue after Trump, including its enabling of Trumpism from a Biden presidency. We must go beyond the failed strategy of running “progressive” Democrats. We must be willing to use methods of direct action, such as disruptive protests. We need to be organizing workplaces, consistently, and building a party that places class struggle at the center.

We can build a positive reception for left ideas by showing their power to disrupt the capitalist status quo. We may not end the rise of the far Right yet, but we can at least even out the extreme power imbalance it currently enjoys. Most importantly, we need to denounce capitalism. It is the historic root of the far-right ideology on the rise in the United States.