North Carolina Universities Ignored Covid-19’s Writing On the Wall. Now They Are Shutting Down.

One by one, North Carolina’s universities are shutting down in-person instruction as clusters of coronavirus bloom across the dorms and in off-campus housing. Yet the universities with later start dates are adamantly refusing to change their plans, and college students across the state are continuing to move into the dorms and prepare for the first week of classes. 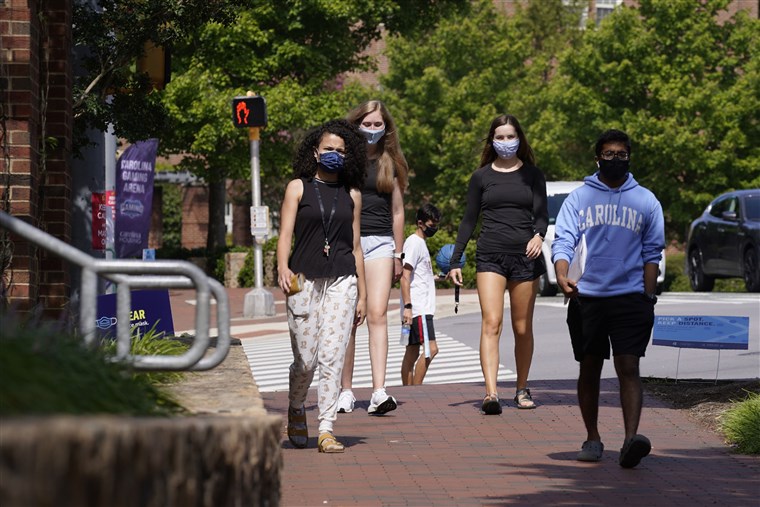 On July 29 the county health director recommended that the University of North Carolina at Chapel Hill hold all classes online for five weeks and allow only at-risk students into campus housing. The university ignored this, hiding the recommendation from faculty. Four days later, students began to fill the dorms. Two weeks later, the university closed again, after the positivity rate of on-campus Covid tests jumped from 2.8 percent to 13.6 percent in just one week.

Faculty, staff, and students at other North Carolina universities saw their own futures. Chapel Hill had an early move-in date, and classes there began a week earlier than many campuses in the UNC system. Other schools knew the same thing would happen to them, and many begged administrators both internally and on social media to spare their communities from the inevitable infections and move online immediately. Administrators refused, blaming the infections on entitled Chapel Hill students who don’t care about the safety of others and claiming that UNC’s rise in cases was “unique to conditions at UNC Chapel Hill.” It was unique, perhaps, in that it was one of only a few universities in the system where classes had already started. The others, NC State and East Carolina University (ECU), announced they would be moving online only a few days later (August 20 and August 23, respectively).

As one example of administrative denial, the University of North Carolina at Greensboro (UNCG) has officially recommitted to in-person classes no fewer than three separate times since Chapel Hill’s announcement. We spoke to a graduate student who reported that in an internal email, university administrators claimed that UNCG’s “culture of care” would prevent a similar outbreak from happening on campus. This is, of course, ridiculous. Even if the university had a measurably more “caring culture” than UNC–Chapel Hill, only a few people need to be infected for clusters to develop.

Furthermore, instead of protecting students, the university is deploying campus police into residential neighborhoods near the school to crack down on any parties or other gatherings, and they are encouraging students to report on each other to aid in surveillance. This is a deplorable expansion of campus police power. Normally, the campus officers operate only on university property, and city officers are in charge of the surrounding neighborhoods, even those with high student populations. Given nationwide demands for Cops Out of Our Schools, UNCG’s love of bragging about how it is the “most diverse historically white school in the UNC system” and the city of Greensboro’s own experiences with police repression at protests this summer, it’s inexcusable for the school to send the police after its own students, criminalizing them and putting them at even greater risk for a situation not of their own making.

This kind of messaging deflects blame from university administrators and the UNC-system Board of Trustees and blames students for their behavior in a situation that should never have been allowed to happen in the first place. In late July, nearly 7,000 confirmed cases of Covid-19 had already been linked to U.S. colleges and universities. The decision-makers at every level knew this would happen. But beginning the semester in person enabled them to appease students and families who wanted in-person classes, collect room and board, and avoid student demands for lower tuition for online classes. Now, UNC-Chapel Hill and NC State are among the top six schools in the United States for confirmed cases.

We can expect more North Carolina universities to move online over the coming days and weeks, but only after more students, faculty, and staff become infected, since the schools refuse to take preventative measures based on the examples of their sister schools. Those infections, and any physical damage and financial hardship that result, will be on the universities’ hands. With more and more schools nationwide holding sick-outs and mobilizing for strikes, the clear way forward is teachers, students, and staff standing in solidarity against unsafe working and learning conditions. North Carolina universities may not be unionized, but they can still follow the example of the grad student activists at UNC-Chapel Hill and self-organize against unsafe conditions and against systemic racism.