Not Just “One Bad Apple:” Andrew Cuomo Is One of Many in a Rotten System 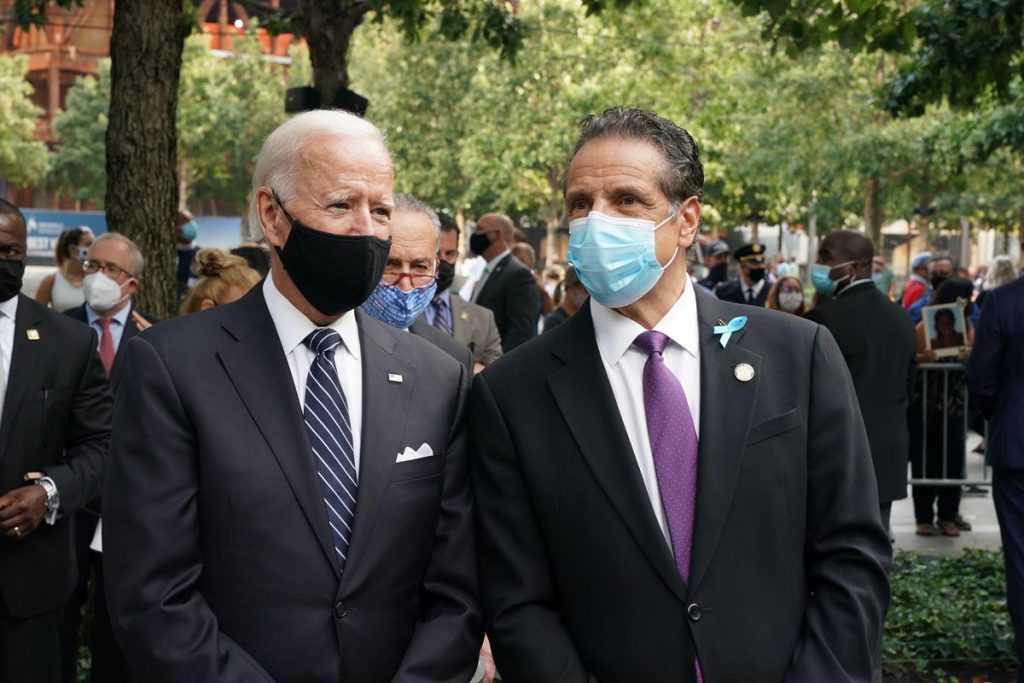 Andrew Cuomo has resigned as governor of New York one week after a damning report confirmed that he had sexually assaulted multiple women.

The report that came out August 3 highlights that Cuomo sexually assaulted 11 women, and describes efforts by his staff to discredit the accusers. He is now facing criminal charges in relation to one of these assaults. He responded with a bizarre video of him kissing people on the cheek, denying any wrongdoing. But the official report was too much to be ignored — the Democratic Party, including President Joe Biden, quickly turned against him and he was forced to resign.

Even now, Cuomo has refused to aknowledge any wrongdoing. He said, “In my mind, I’ve never crossed the line with anyone but I didn’t realize the extent to which the line has been redrawn.”

He will be succeeded by Lieutenant Governor Kathy Hochul, a Democrat who toured the state with an “Enough is Enough” campaign about sexual harassment, but kept her head down and claimed it would be inappropriate for her to comment when the allegations against Cuomo began to come out.

She’s certainly no left alternative to Cuomo. In fact, she had opposed allowing undocumented immigrants to obtain driver’s licenses, only changing her mind when the farmers who exploit them said they supported the idea. She’s stood by Cuomo’s side in all of his policies, and mostly remained out of the limelight.

The numerous sexual assaults are not the only reason to hate Cuomo. Despite being lauded for his actions during the height of the coronavirus pandemic, it’s now clear that he covered up the deaths of thousands of elderly people in nursing homes. In fact, Cuomo has the deaths of many people on his hands due to the regular under-funding and understaffing of hospitals, even in the midst of the Covid-19 pandemic. As The Nation explained, Cuomo “presided over a decade of hospital closures and consolidations, prioritizing cost savings over keeping popular health care institutions open.”

Further, Cuomo has cut funding for the City University of New York (CUNY) and the state and city education system more broadly, as well as gutted the public transit system. During the uprising for Black Lives, he oversaw repression against protesters, mass arrests, and instituted an 8 p.m. curfew to quash the protests. Yet Cuomo has continually been supported by healthcare unions and New York City unions as a whole, despite the harm that he was doing to women behind closed doors and to the New York working class in his policies.

In this sense, Cuomo’s sexual assaults are not in contradiction to his sexist, racist capitalist politics. His policies are violent against people of color, against women, and against the working class. They have directly led to deaths and precarious and unsafe conditions for working-class people, especially women of color. Therefore, we should not condemn only his actions toward individual women, nor should we separate these acts from his broader politics. Cuomo has been deeply violent and harmful to the working class of New York State as well as to the women he has sexually assaulted.

That said, President Biden’s statements condemning Cuomo are grossly hypocritical given the credible allegations against him that the entire Democratic Party worked to silence. In fact, Biden’s defense was stunningly similar to Cuomo’s, calling himself just an old fashioned guy who is excessively touchy.

The truth is that the Democratic and Republican Parties as a whole are full of Joe Bidens, Bill Clintons, Donald Trumps, Andrew Cuomos, Brett Kavanaughs, and thousands of other rich and powerful men whose money and power help them get away with anything and everything.

In fact, the case of Cuomo highlights one more repulsive aspect of the Democratic Party machine: the role that nonprofits have played in holding up and maintaining these figures and acting as proxies of the Democratic Party. Roberta A. Kaplan, the chairwoman of Time’s Up and the co-founder of its legal defense fund, was involved in attempting to discredit one of the survivors of Cuomo’s assaults. In fact, she reviewed a draft of an op-ed attacking the character of Lindsey Boylan, the first Cuomo aide to publicly accuse him of sexual harassment. Needless to say, Kaplan also refused to take up the allegations by Tara Reid against Joe Biden.

And it wasn’t just Kaplan. Alphonso David, the president of the Human Rights Campaign (HRC), the largest LGBTQ lobbying group in the country, was also involved in writing this letter. Tina Tchen, the chief executive of Time’s Up is also implicated, as Cuomo reached out to her in an attempt to dodge the accusations. In short, these nonprofits are in fact proxies for the Democratic Party. The HRC and Time’s Up aren’t concerned with advancing the rights of oppressed people — they are interested in funneling those movements into the Democratic Party and defending Democratic politicians.

Cuomo has been forced out of office, for now. Because he resigned and was not impeached, he’s not barred from holding office in the future. On one hand, this outcome is the result of decades of feminist movements that refused to normalize sexual assault by rich and powerful men, and of the people who spoke out in the #MeToo movement, who mobilized against Brett Kavanaugh and against Donald Trump.

But Cuomo’s resignation is also a cynical maneuver by the Democratic Party to pay lip service to these movements and paint themselves as progressive fighters against sexual assault. And that’s bullshit.

The Democratic Party is full of people just like Cuomo, and it promotes violent policies on a national and international scale. We shouldn’t let the Party off the hook and we shouldn’t buy this cynical attempt to look like they are down with the struggle.