NYC Closes Schools Again. They Should Have Never Reopened in the First Place.

NYC Mayor Bill de Blasio’s decision to shut down NYC Public Schools is a necessary measure to stop rising infection rates across the city. But without proper measures to ensure that students are capable of virtual schooling and that parents are guaranteed time off, the city risks sowing even more chaos. 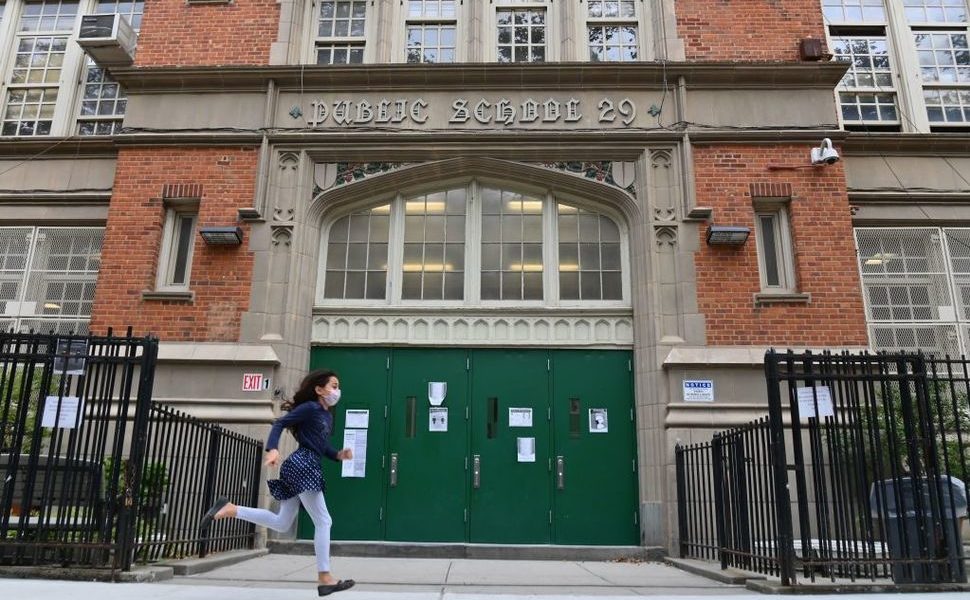 The New York City public school system is shutting down all in-person classes this Thursday, November 19. It’s been less than two months since schools reopened earlier this fall despite widespread criticism from staff and parents that there weren’t sufficient safety measures in place. Today’s decision came from Mayor Bill de Blasio’s office: numbers showed that New York City reached a 3% Covid-19 rolling positivity rate, the threshold pre-determined by city officials to trigger a shut down. The decision contradicts the much higher limit posed by the state; despite quickly rising infection rates in the city, Governor Andrew Cuomo insisted that a higher threshold — closer to his state limit of 9% — would be preferable for future shutdowns. After all, then schools might be able to stay open longer and keep parents at work rather than at home.

This move from the City of New York comes after weeks of warnings and grievances from teachers and staff who claim that city schools are not safe for them or their students. Since schools reopened this fall, many teachers have kept their windows open while teaching — even in freezing temperatures — due to lack of ventilation.

After only a couple of months of in person teaching, the order to shutter school doors shows that New York City schools should have never been reopened in the first place. Even with masks, in-person instruction has posed a danger to the lives of students, teachers, families, and communities alike by contributing to this latest resurgence of Covid-19 cases in NYC. But given the City’s experience from the first wave of the pandemic in the spring, this should have come as no surprise.

Rather than rushing to change school reopening plans and throwing the lives of teachers and students into disarray, Mayor de Blasio and the City should have spent time figuring out how to provide quality online instruction to the largest and most diverse school system in the country — based on the guidance and input of teachers, staff, and students. Instead, they followed the lead of corporate and political interests who wanted to keep schools open to ensure the safe recovery of the economy while putting the lives of millions of people at risk. They said that moving to remote learning was too expensive.

Of course, many students don’t have Internet access and teachers too lack training from the city on how to better deliver lessons online. But rather than using this as an excuse to keep schools open, the City should provide Internet and mobile data to all students. Furthermore, beyond basic Internet access, many students need suitable devices to use for class and schoolwork. However, the Department of Education claims that it cannot accommodate such measures because it doesn’t have enough funding. Never mind the fact that it spent an unnecessary $269 million in a deal with Apple to provide iPads to city students who cannot even use them for schoolwork. Added to this is the fact that school budgets have been severely slashed for years to make more room in the city budget for the police and other departments that better serve capitalist interests.

While schools must close to stop cases of Covid-19 from exploding once again throughout the city, these closures could spell disaster for millions of parents who are not guaranteed leave to care for their children during the day. With NYC students at home in the coming weeks, it’s imperative that parents are given paid time for as long as the shutdown is in place. Further, the decision to lift the shutdown must be in the hands, not of politicians and city officials, but of teachers, staff, and families in order to ensure that the next re-openings are actually safe. The premature re-openings of schools in order to salvage the economy has done nothing but fuel this second wave of the pandemic. Teachers and staff should not be forced to go back to work once again in unsafe conditions to protect capitalist profits.

As cases rise across the city, shuttering public schools is a good first step, but it’s not enough. The City must ensure that restaurants, gyms, and other businesses that facilitate the spread of the virus can be shut down without cutting off the income of their employees during this next phase of the pandemic. New York City lost over 24,000 people to COVID-19 this year. We risk losing many more if politicians are allowed once again to prioritize businesses’ profits over people’s lives.