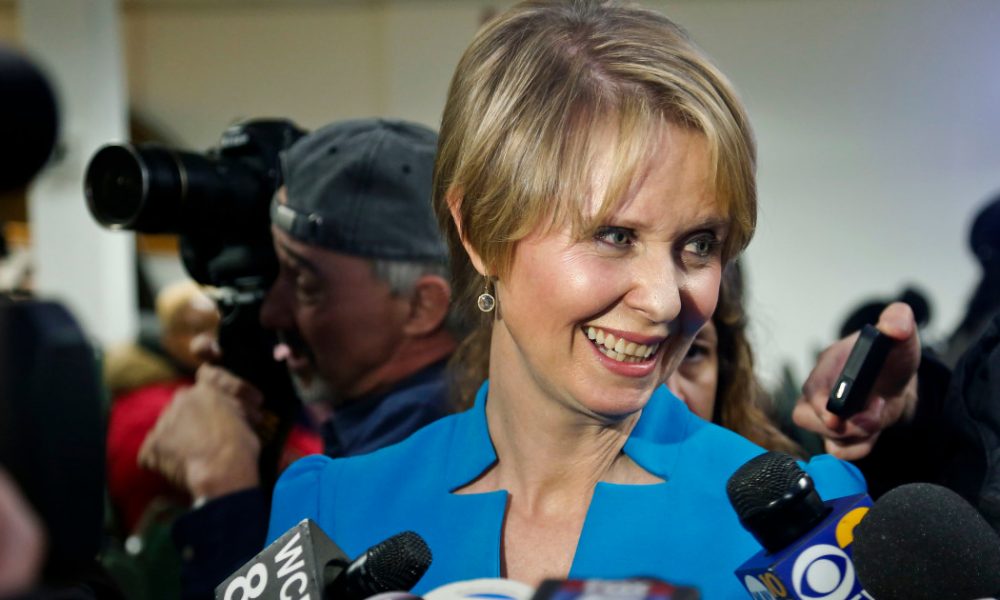 Image from AP via Politico

After a month of contentious debate within the DSA, the NYC DSA’s 35-person leadership committee has voted to endorse Cynthia Nixon for governor of New York State and Jumaane Williams for Lieutenant Governor.

Nixon and Williams sought an endorsement from the DSA about a month ago, after Alexandria Ocasio Cortez and “democratic socialism” were launched into the spotlight with he primary victory over Joe Crowley. Only an hour before her candidate forum with the DSA, Nixon announced that she was a democratic socialist. She is not, however, a member of the DSA and had never shown any sign that she thought of herself as a democratic socialist before she started courting the DSA.

After the forum, a straw poll of DSA members showed massive support for the endorsement. Later, there was a vote among the regional branches, with three branches voting in favor of endorsement: Central Brooklyn, Lower Manhattan, and South Brooklyn, and three against: North Brooklyn, Bronx/Upper Manhattan and Queens. On Sunday, the leadership of the New York City DSA voted to endorse both candidates.

You may be interested in: [DSA: Don’t Endorse Cynthia Nixon… or any Democrats. Ever.->
http://leftvoice.org/DSA-Don-t-Endorse-Cynthia-Nixon-or-any-Democrats-Ever]

This comes on the heels of the attention and growth of the DSA after Alexandria Ocasio Cortez’s suprise primary victory against establishment Democrat Joe Crowly. Ocasio Cortez, chosen to run by the Justice Democrats, was endorsed and supported by the DSA. After her victory, she crisscrossed the country campaigning for other Justice Democrats. She has argued against open borders, refused to come out against Nancy Pelosi and argued for Israel’s right to exist.

Nixon, politically to the right of Ocasio Cortez, is nearly indistinguishable from DeBlasio, seeking minor reforms within capitalism. She, like other Democrats, want to save the Democratic Party from irrelevance after the major defeat of Hillary Clinton. In an interview, she said, “We’re in this party, the Democratic Party too. And we’re not your enemy, we’re your best hope.”

This contentious decision leaves some sectors of the DSA deeply unhappy. A member of the North Brooklyn Branch and member of the Socialist Feminist Group’s Organizing Committee stated: “I’m disappointed that the DSA has chosen to endorse Nixon because she is not anti-capitalist. I think we should only support candidates who have been involved in working class struggle, committed members of a socialist organization, and aren’t millionaires. Her coming out as socialist, just hours before she asked for the endorsement, was awful because she was totally pandering. She is a rich white celebrity and endorsing her is not how we will advance socialism. Williams should have been disqualified from even seeking our endorsement in the first place because we resolved not to endorse anyone who takes corporate donations.”

Elizabeth Fetterolf, of the Central Brooklyn Branch said, “We should be building organizational infrastructure like a functioning grievance process and a larger team of trained medics, as well as engaging more in the struggles of working class and oppressed people—not endorsing and canvassing for a Democrat. It is no coincidence that many of our comrades who have been pouring time and energy into these unglamorous but crucial organizing endeavors voted no.”

Nixon joins the ranks of other Democratic Party candidates endorsed by the DSA around the country, including four who just won Democratic Party primaries in Pennsylvania. Once again, the DSA has demonstrated that it is attempting to lead the new generation of socialists, disillusioned with the two party system, back into the one of the two most powerful capitalist and imperialist parties in the world: the Democratic Party.