Left Voice spoke with Meril Mousoom, a high school socialist and activist, about police-free schools, the potential reopening, and the uprising against police brutality. 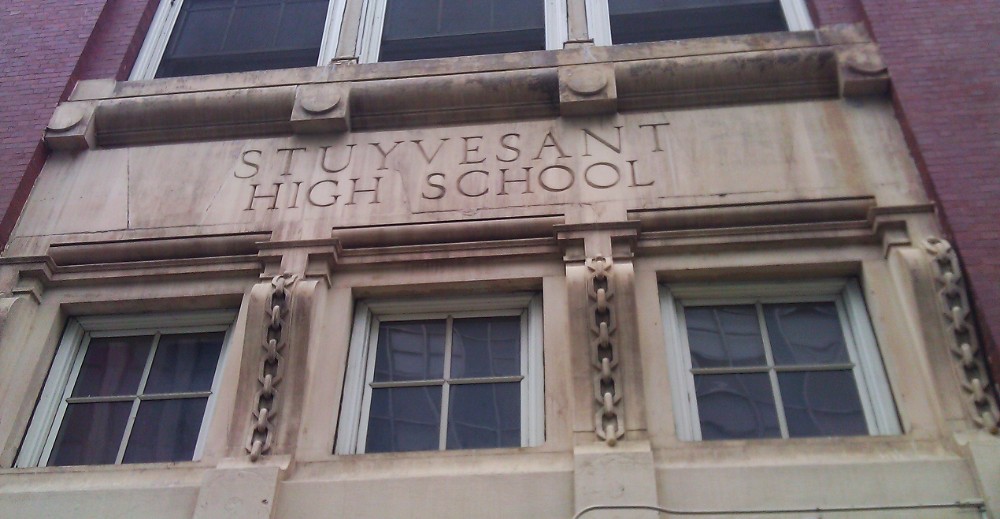 How would you describe public schooling in New York City?

There are just so many inequities. Segregation is a daily matter of life here. There is a lack of funding for everything important, despite clear priority to paint Black Lives Matter in the streets, as De Blasio has done.

My organization, PoliFem, is with Dignity in Schools, and we have been trying to get school safety removed from schools. Instead, we’re campaigning for restorative justice. As we say, more counselors, no cops. I have spent my entire high school career with that movement.

I am also with Teens Take Charge, and we are trying to repeal the Hecht Calandra Act. Even though I am a Stuyvesant student, I recognize that the segregation that goes on in my school is not okay.

What challenges are facing students in schools?

I would say funding is probably the center of everything. We do not have enough guidance counselors and college counselors. I got a thirty minute consultation with my college counselor. To simply book that appointment, it took me a long time because that counselor has three hundred other seniors.

My guidance counselors are also overbooked. I could not schedule an appointment to talk about a counselor recommendation that he is sending to colleges, because he had to spend time on making sure that the students that were falling behind during remote learning were okay. This affects my college application, and I am extremely concerned.

How has the pandemic impacted schools and students?

Extremely negatively. I am lucky in that my parents let me go to the protests every week. As someone who plans protests regularly, that is a necessary part of my job every week. But everytime I try to get my friends from school to come, they cannot because of their parents. It normally ends up that I am the person who reps students every event.

And being shut inside has had such a negative impact on students, especially our mental health. Even for me. Personally, I used to be so extroverted and social. Yesterday, I tried to socialize with some kids in the neighborhood, and it was so awkward because I had not talked to people physically in so long outside of being in a protest.

When I first started protesting in June, after a couple months of quarantine, I had to get over my fear of people and the outside. I imagine most of my friends still have that. I do this thing called voice recording with my friends. Where we record messages and send it to each other. Because I wonder what their voice sounds like.

My mental health is also struggling. I feel like my high school experience, of being a senior, of hanging out with your friends, is gone. I look back at the photos of my friends and I spending time together fondly. I wish we could go back to that.

Also, remote learning is beyond hard. I like that I can, for the most part, make my own schedule, but that feeling of being in a classroom is gone. I was in three English classes before, and I loved the collaborative nature. Now that is replaced with a more clinical thing of submitting write ups.

What are your concerns about the upcoming school year?

Most electives are being cut. I heard that APs, like language and advanced math, are being cut as well. I expect some teachers to leave as well. And I am beyond sad. That was the reason I went to school in the first place. To foster my intellectual curiosity.

This is all because education was cut by one billion. For one of my activist meetings, I met with the DOE staff, and they said that they would fund most things with the HEROES act. That act may or may not pass. Why?

And the worst thing is that elected officials made a big show of caring about young people. When city council members voted for a budget that cut education by one billion, they said that they were doing so for the sake of young people. But we told them to not vote for the budget.

I produced a play on how the youth were not prioritized in this year’s preliminary budget. Two city council members came. And one of them — Vanessa Gibson — made an amazing speech on budget equity. And then they proceeded to vote yes on this city’s budget. So frustrating. She also took a photo of me and posted on Twitter after my city council testimony to fund schools. She said that she would fight for us. That was a lie. We feel betrayed and hurt.

The fact that SYEP (the Summer Youth Employment Program) was cut, means that none of my friends and I could get SYEP. Now most of us are sitting at home doing nothing, our college applications and resumes be damned.

And then there is the mess of reopening. Just now I saw that this Republican Governor, Mike Parson, saying something extremely disturbing about reopening:

Gov. Mike Parson: “These kids have got to get back to school…. And if they do get COVID-19, which they will — and they will when they go to school — they’re not going to the hospitals…. They’re going to go home and they’re going to get over it.” https://t.co/yEtHbYf3sZ pic.twitter.com/SzoieUGPOh

I have no clue on how the reopening is going to go, but it already seems like it is going to be a disaster.

My concern is that schools are going to be underfunded, especially Black and brown schools. There will be not enough PPE. And of course, students, especially younger ones, will be policed regarding wearing masks and social distancing. It makes for a hell hole. NYC’s public school system will probably be the worst in decades.

How do you think the recent wave of protests against the police is connected to the fight for good schools?

I’ve been a part of the growing police protests and what I’ve done is that in those spaces I’ve specifically connected it to the need for the same overhaul to happen in our schools. So, for example, at a DSA rally for defunding the police I spoke about the need to fund counselors and get police-free schools. I have been with the coalition Dignity in Schools for the entirety of my high school career — it was a success to just even get police-free schools on the agenda.

What’s just amazing about the current uprising is the number of people who come to protests, who come because they are angry and they want to change something. No one expected this to be coming! In the movements I’m part of, people were losing hope. It was insane to me that people gathered that momentum to finally come and protest and demand change with us.

Something that I always like to say is that Black lives matter — do Black lives matter in schools as well? And obviously we know that Black students are the most affected by this. They are policed in schools. This is part of a bigger advocacy thing for me. I’ve done police-free schools for the entirety of my high school career, then I moved to the defund NYPD movement. The reason why I took that up was because a) police-free schools, and b) education was being severely cut. We want to offset that with defunding the police. We want a call to tax the rich to get the funding we need. It’s about the disadvantaged students at Black and brown schools getting the funding and everything we deserve. George Floyd’s rebellion really is a rebellion — we’re angry; it has set fire to so many of us. It’s so amazing. I’m still out protesting and planning protests. I think I’m planning my 8th or 9th protest this weekend. Planning a protest takes a lot of energy. But there’s just so much fire.

I do activism full time. What I mean by that is I take at least 5 hours a day: I help plan protests, I plan events, I’m planning meetings with legislators to get behind Robert Jackson’s bill which taxes millionaires and billionaires and makes the aid to schools and makes the taxes permanent. The reason why I’m backing it is because it’s specifically earmarked money for education. Even for people who aren’t for education — they want to fund other things — since it’s permanent and taxes the most and gets the most revenue, obviously so much of that surplus will be directed to other causes more than other bills to tax the rich in office right now. So, I would also like to make a call for everyone reading to call their local state assembly person and state senator to support Robert Jackson’s tax the rich bill (S7378/A10363), which includes money for schools so that we can tax the rich and get the money that I deserve.