The union leadership of the United Federation of Teachers (UFT) struck a deal on Tuesday with NYC city officials to postpone reopening by 10 days. This deal comes as the UFT Delegate Assembly was planning to vote for strike authorization against school reopening. Below we republish a press release from the NYC School Workers Solidarity Campaign on this decision. 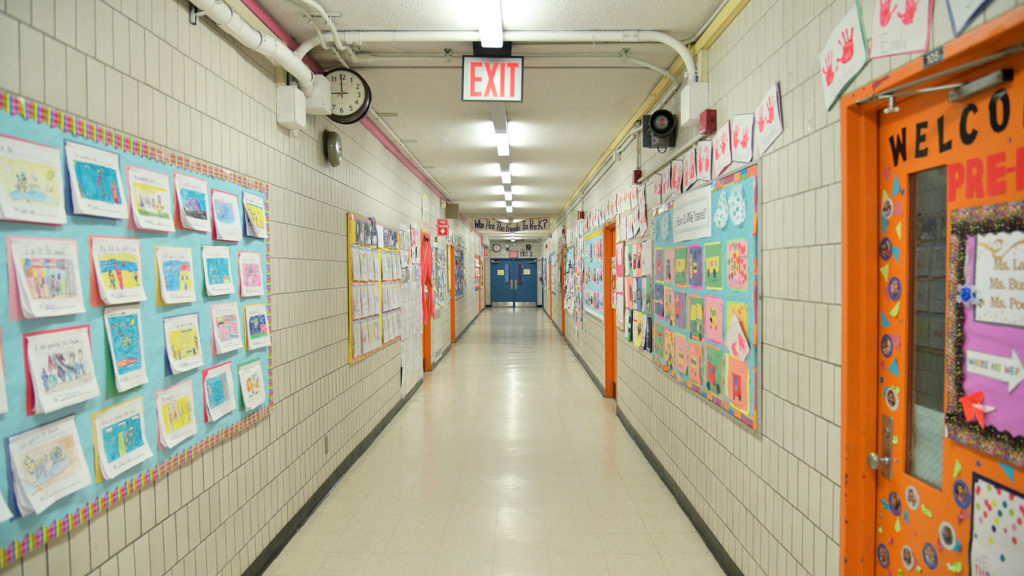 On Tuesday, hours before the United Federation of Teachers’ Delegate Assembly was about to vote for strike authorization against the reopening of NYC schools, the UFT struck a deal with the Mayor, Bill de Blasio, that does next to nothing to address the needs of education workers, students and their families. The deal, which postpones reopening for blended learning by 10 days, still requires teachers to be back in school buildings, in unsafe conditions starting September 8. This decision, made unilaterally by the union leadership and the city’s officials, completely leaves out rank-and-file workers, whose health and safety are on the line, from the decision-making process. As workers and as socialists, we stand with the city’s education workers as they continue to fight against the city and their union leadership, as they continue this fight. Here, we reproduce a press release by the NYC School Workers Solidarity Campaign, a coalition of workers, activists and community members, who stand in solidarity with education workers who are still fighting against this unsafe reopening.
__________________________

The New York City School Workers Solidarity Campaign stands behind our educators. We are a coalition of parents, educators, nurses, union and community members, and we support school workers’ demands to not reopen in-person schooling until it is safe.

The recent deal negotiated between Mulgrew and de Blasio does not in any way meet the standards for a safe reopening, including preliminary and regular testing of all school workers and students; ventilation; overall building safety; personal protective equipment (PPE); busing and commuting concerns; safe lunch plans; improvements to remote learning; and having no new cases in NYC for a period of at least 14 days.

By opening for in-person instruction on September 21 and requiring teachers and other staff to be present in school buildings on September 8, Mulgrew and de Blasio are not addressing any of the underlying health concerns, they are simply delaying the increased spread of this deadly virus. Our school staff, students, families, and communities are being put at risk because Mulgrew, de Blasio and New York City Schools Chancellor Richard Carranza believe we should reopen the economy rather than protect the health and safety of New Yorkers.

De Blasio has suggested that he is pressing to reopen schools on behalf of a “silent majority” of disadvantaged families. However, as a new poll conducted by Sienna College indicates, the families who have been most disadvantaged by educational inequities oppose reopening in the highest numbers. A majority of NYC respondents (54%) support a fully remote start to the school year and state-wide 56% of low-income, 63% of Latino and 65% of Black respondents support this measure. Already, close to 40% of families have opted-in to the DOE’s plan for 100% remote learning.

The focus on reopening schools in the face of massive safety issues has come at the direct expense of funding and planning to improve remote learning and provide support to families. This is despite the fact that all students, including those in the blended learning model, will spend the majority of their time learning remotely. The staffing shortage created by the city’s hybrid plan means that remote classes may be as large as 64 students. Meanwhile, many families still lack access to broadband internet and devices. These realities guarantee that reopening schools in these conditions will not address but instead exacerbate existing inequities.

As public school parent Kaliris Salas-Ramirez (PRESS NYC) points out, “This plan still does not address the longstanding inequities in our educational system that have been exacerbated by COVID. Black and Latinx students, ELLs and students with IEPs remain the most impacted. Ten days is not long enough to fix ventilation issues, provide broadband to every student who needs it or expand our testing capacity — to name just a few of the many holes in the plan. While teachers and principals have been left to navigate and clean up this chaos, all they can do is forge on with little options or help. Ten days is not enough to make our schools safe. There are just too many deal breakers.”

Across the state, the other largest New York school districts are opting out of in-person learning in favor of remote-only instruction. Buffalo, Yonkers, Rochester and Syracuse are all prioritizing their school workers and students; New York educators and families deserve the same respect and protection as their peers.

Meanwhile in New York City, the Mayor and City Council have proposed massive budget cuts that will reduce school funding and possibly even slash 9,000 jobs from the Department of Education. A baseline of equitable, quality education is impossible without an adequate budget, and becomes even more precarious during a pandemic that warrants additional effective safety precautions. The Department of Education must be fully funded before the Mayor decides to open in-person schooling. Our children need a millionaire tax (S7378, A10363) now!

We are fighting to keep school buildings closed and ensure that students are able to learn remotely in an equitable manner. We have already lost 70 UFT members to COVID, and countless other school workers and community members who contracted the virus from inside a DOE building. Students whose communities have been most devastated by the virus also attend some of the schools with the least resources. These are the families who are most at-risk if there is a new wave of infections. There is no scenario in which reopening for in-person learning this fall does not result in more preventable deaths.

The NYC School Workers Solidarity Campaign will do everything we can to keep our school workers, students and communities safe, not just from Covid 19, but also from leadership that chooses to do the bare minimum even as our most impacted families, school staff and communities vocalize their justified opposition and evidence-based claims about the untenable nature of these plans. In the midst of a global pandemic and an uprising for Black lives, how can we celebrate a ‘delay’ that doesn’t address the issues that got us here in the first place?

Pediatric nurse, public school parent,  and NYSNA member Sean Petty stated, “The simple fact is that the current deal to re-open schools in-person will result in the illness and death of numerous educators and public school family members. Given recent data on how this virus is impacting younger populations, especially Black and Latinx children, we now also have to consider serious illness of children, and even death, to be a significant risk.  The city does not currently have the testing and tracing capacity to effectively identify and contain new outbreaks with hundreds of thousands of teachers, students and their families riding public transportation and interacting in enclosed spaces every day. And with $1 billion dollars being robbed from city workers in the current budget alongside impending layoffs in the school and hospital systems, I simply don’t trust the Mayor to provide the resources to keep this city safe.  The only way to do this safely is to tax the rich, stop the layoffs, and scale up resources for testing, tracing, hospitals, and school infrastructure.  Protecting the pockets of the 1% and political reputations of our so-called leaders are just not worth the lives being put at risk under the current conditions.”