During ten hour City Council hearing on Public Safety, the NYPD representatives gaslight the public and lie about their well documented brutality. Once the people are allowed to testify against the police, all NYPD and mayoral representatives left in a disrespectful snub. Afterwards, the public spent 6 hours describing disturbing events of police brutality,demanding the Council disarm and defund the police. 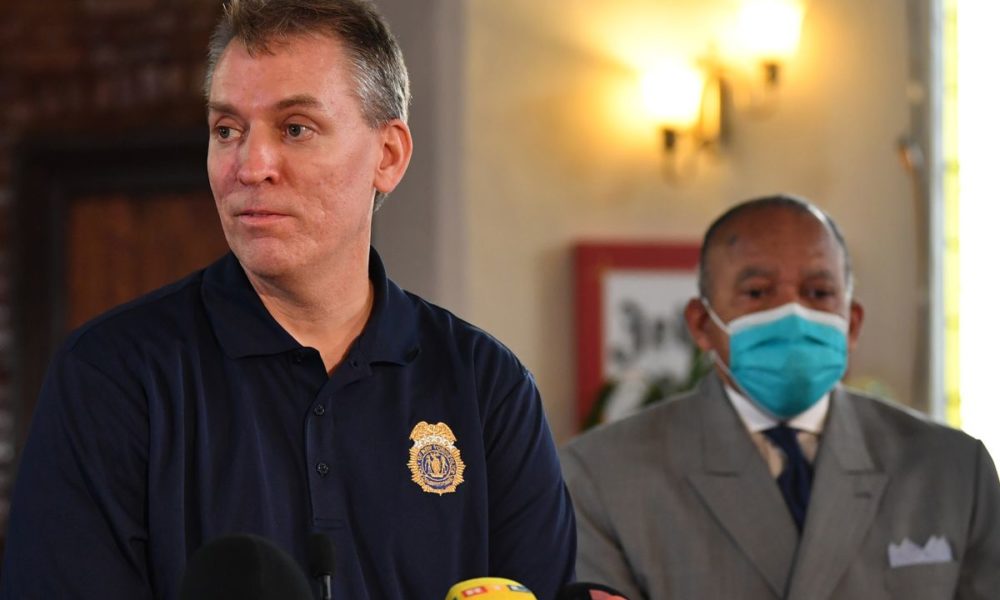 On Tuesday, June 9, the New York CIty Council held a public hearing to discuss police reform bills. During the grueling ten hour meeting, a clear dichotomy emerged between the NYPD’s lies and the people’s accounts of horrific police violence. Representatives of the NYPD  took four hours to gaslight the council, lying through their teeth with claims that the police’s violent actions were “provoked.” Four hours into the meeting, in a blatant show of disrespect to the city council and the residents waiting in line to speak, all police force and mayoral representatives left the call, unwilling to listen to the public’s outcries of abuse and horror.

After years of tepid reforms and the 2015 city budget vote to expand the police force by 1,300 officers, the Council for the most part ignored their own problematic history and focused instead on their newest reforms. The council was introducing several police reform bills due to the national uprising. The proposed bills would make NYPD use of chokeholds by  a misdemeanor, codify a bystander’s right to film the NYPD, require the NYPD to create a centralized system to track police abuse, and require officers to have a visible badge number at all times. All these reforms do the bare minimum and can be easily ignored.

The City Council would not have even discussed these minuscule reforms without the people taking to the streets in tens of thousands for well over a week. The Council has effectively aligned themselves with police unions and large capitalist donors that rely on the police to protect their private property. Without days of protests and the massive flow of unavoidable video evidence of police brutality in a short window of time, the Council would have continued its pattern of speaking against police brutality while doing almost nothing to help Black and Brown communities. Even now, their proposed reforms are still minor at best. However, constantly in the background of this meeting was a strong push by citizens to defund the police by $1 billion in the next city budget. The Council has made no decision on this front.

After the Council’s opening remarks, the police representatives made convoluted arguments about public safety and attempted to maintain the status quo, which amounts to their force’s ability to act as unregulated gangs for capital. NYPD Commissioner Dermot Shea didn’t attend, instead choosing to snub the public and send in second-in-command, Benjamin Tucker. Tucker argued that banning any chokehold position would make it difficult for officers to successfully administer CPR, an absurd argument with no medical foundation. NYPD officials also claimed that every officer was wearing masks during their time on the streets, an outright lie that is easily disproved. Just look at the hours of footage of police brutality on the streets of New York City: only a very few out of the thousands of officers chose to wear face masks. Instead, their “public safety” response was riot gear and beating unarmed civilians. Additionally, they made claims that arrested protestors were given proper PPE, soap and social distancing for the still ongoing pandemic. In direct opposition to this were the testimonies from those arrested having their  masks taken and being forced into crowded cells with no soap and filthy toilets. Many of the civilian testimonies described the police’s interventions as “gaslighting.”

After taking four hours to argue and dismiss any valid concerns about their abusive behavior, all NYPD representatives left, unwilling to listen to New Yorkers’ testimonies; even the mayoral representatives left. This show of contempt was both disrespectful and predictable. After a particularly passionate speech delivered by a protester who experienced violence at the hands of the police, Councilman Carlos Menchaca stepped in. He calmly asked if any representatives of the NYPD or the Mayor’s office were left on the call, then waited for a response. Nothing. Council members then attempted to contact these officials and get them back on the call. It was unsuccessful. The NYPD and the Mayor’s office didn’t care.

Despite the NYPD’s disinterest, the testimonies, lasting 6 hours, were truly gripping tales. Testimonies ranged from professionals in industries affected by police violence, such as mental health agencies, to everyday citizens. The tone ranged from professional and courteous to angry and impassioned, describing the terrors they had witnessed and the system that is upholding this violence.

As the hours went on many of the stories shared similar details. NYPD officers unwilling to put on face masks, telling protesters that the pandemic was a hoax. Officers flashing white power symbols at actions and pushing white protesters aside in order to beat Black bodies. Police taunting protesters with cruel,racist, and misogynistic language.

One particularly heartbreaking story involved a trans person, speaking through tears as they described the police brutality that led to their broken arm. The officer then proceeded to cuff them so tightly that their hands turned blue, ignoring their pleas for help. Hours later, they were allowed to go to the emergency room, accompanied by several officers. When they were released, the healthcare worker wrote on the official report that their injury was due to a “biking accident.”

One of the most discussed events was the massive assault in the Bronx, when police attacked protesters at 8:00 pm on the dot for defying the draconian curfew imposed on the public to criminalize peaceful protests. A former staffer for Speaker Johnson, David Moss, gave a disturbing account of his experience that night. \ After telling his story, Moss then screamed, “All of this for what? This?” He then put his pink summons slip in front of the camera and began to rip up the ticket to shreds, screaming “Fuck your curfew!”

Left Voice correspondent Jillian Primiano also spoke during the hearing, describing her own experience during that night. She was arrested, despite coming to the protest clearly identified as a medic. She spoke against the NYPD, saying, “I am for the abolition of all armed, racist gangs in this country. Especially the NYPD.”

The last person to speak called out City Council members on their inefficiency,  “Clearly our elected members don’t have enough power over the NYPD to make them sit here and listen as they should. So why are we here? What is going to happen?” In response to this, the Chair of the Public Safety Committee, Donovan Richards, made a shocking admittance: change is only happening because the people are on the streets. In fact, the majority of the Council members thanked their constituents for finding their way to protests to demand change. Not a single council member insisted that voting was a solution instead, they said, “Stay on the streets.”

In his opening remarks, Speaker Corey Johnson decried the false promise of the Democratic party, saying: “This is a Democratic town. In a Democratic state. The fact that we have not delivered true change is inexcusable.” And it is completely inexcusable. However, Johnson pointing out his own party’s hypocrisies is just another political move, vying for the support of the growing militant progressive movement. He has voted for raising the police budget and increased police presence every time.

The City Council has never truly attempted to reform the police; they’ve been a proactive force in codifying police power and their ability to brutalize Black and Brown residents with impunity. Only by taking the streets have the people been able to drive City Council to make the smallest reformist changes in the police structure. Democrats will never hold the police accountable; only the people can.