Amidst cheers for Obama’s supposedly bold climate protection plan, critiques from some environmentalist groups arise. The new show of commitment to reduce green house emissions covers up the ongoing permissive policies toward fracking and the oil industry. 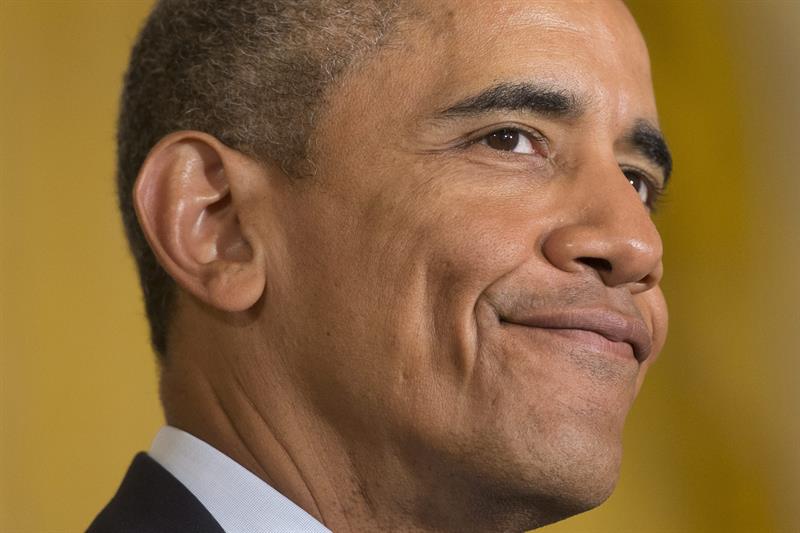 President Barack Obama announced Monday the implementation of new power plant regulations that would force states to cut their gas emissions to 32% below the 2005 levels by 2030. Hundreds of companies cheered the measure, while some environmental organizations criticized it.

The package of new regulations was applauded in a joint letter signed by 365 companies encouraging governors of twenty nine states to implement the cuts. Among the companies supporting the decision are Ben & Jerry’s, which was recently strife with a labor conflicts, such as migrant workers demanding better wages and decent housing ; GAP Inc., known for its poverty wages in the U.S. and sweatshop conditions in Bangladesh ; and Staples, a primary force behind the dismantling and privatization of the public postal service .

The plan was described as the strongest climate action the U.S. has ever taken. This may be true; the U.S. has a long record of keeping mum on climate change, giving free reign to corporations to pollute. However, the new plan is far from ambitious. In the absence of any restrictions, the level of gas emissions declined 10% from 2005 to 2014 . This reduction can be explained by the shift from coal to gas in energy production, enabled by the burgeoning fracking activity. Given that the plan’s goal is to reduce emissions by 32% from 2005 levels, one third of the job is already done.

It follows that environmental groups like 350.org and Greenpeace argue that the restrictions are insufficient. The trumped-up talk of gas emissions is only a cover-up to avoid more pressing issues like hydraulic fracturing, the Keystone XL pipeline, and oil drilling in the Arctic.

Last week, the Shell icebreaker was able to navigate north after state authorities cleared away Greenpeace protesters who were barricading the route. Drilling in the open seas of the Arctic incurs a 75% risk of a major spill (ie., of over 1,000 barrels), according to a report by the US Department of Interior . However, despite the likelihood of such imminent and irreparable ecological damage, the government has given Shell the thumbs up.

Obama has put soft brakes on the Keystone XL pipeline, but is passing the buck on halting the massive project, leaving it to the next administration. Again, oil spills are the norm in the life of pipelines, as this incredibly long list testifies . Obama’s preferred presidential candidate, Hillary Clinton, has refused to take a position on the project.

If there is one topic the President does not want to call attention to, it is hydraulic fracturing. For the United States, fracking has been nothing but a panacea against dependency on foreign energy, allowing it to make an unforeseen shift over the last decade from a heavily foreign energy-dependent, to a relatively independent one (see graphic). Roughly 50% of domestically-produced gas comes from shale gas and is obtained through the fracking process. 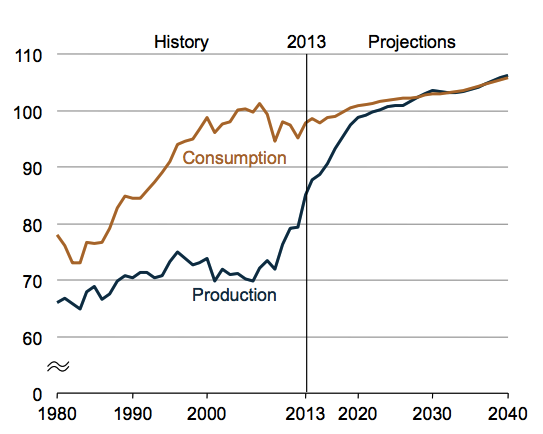 The environmental costs of fracking and its detrimental effects on the health of the population living near the extraction sites are far from negligible. There is overwhelming evidence demonstrating these frightening effects. Fracking should be banned in every country, and fossil fuel reserves should largely remain underground in order to prevent climate change. The activity of fracking is incompatible with a healthy population and the protection of the environment. But Obama and the U.S. government have already made the decision.