In his new film “BlacKkKlansman,” Spike Lee uses footage from last year’s deadly Unite the Right Rally in Charlottesville. But the film says nothing about how the police watched white supremacists to attack counter-protestors. Who is Lee protecting? 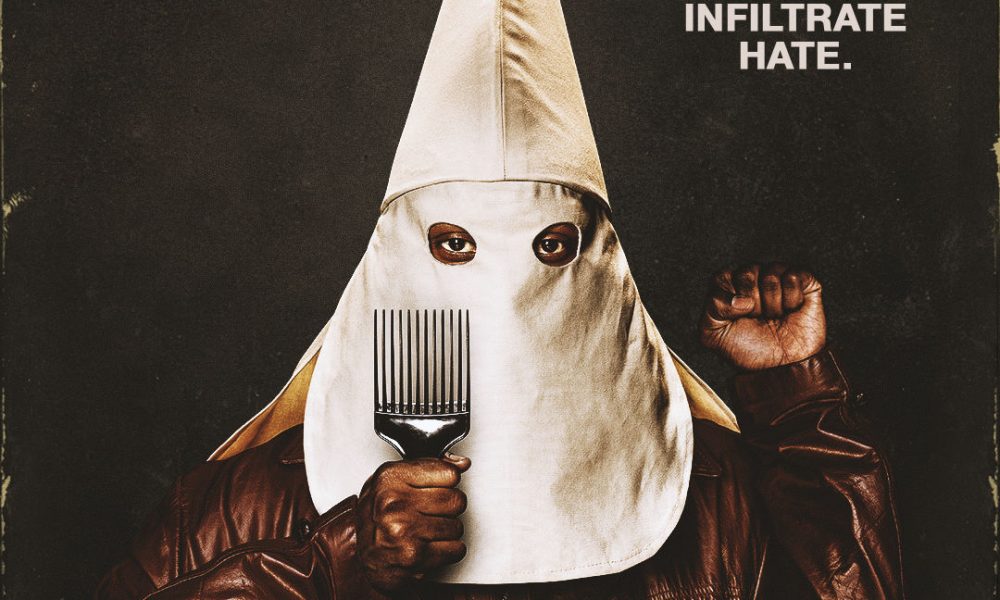 Yet, Lee’s use of that footage to end his film didn’t feel like an angry call to action; it felt like a cheap shot. Why did he use footage from Charlottesville? Perhaps he wanted to remind people that militant white supremacists are still active in the United States. Will people who are likely to see “BlacKkKlansman” benefit from that reminder? I’m not sure. But I am sure that Lee capitalized on the emotional resonance that the Unite the Right Rally evoked while making only a superficial attempt to deal with its political ramifications.

In his recent documentary for ProPublica and Frontline, AC Thompson shows what many other journalists have shown: Police largely stood by and did nothing while white supremacists unleashed violence on innocent people at the Unite the Right Rally. DeAndre Harris, a 20-year-old Black man, was hospitalized with a broken wrist, a chipped tooth, and eight staples in his head after white supremacists beat him right across the street from a police station. Police stood by and did nothing as Klan leader Richard Wilson Preston shot a gun into a crowd. Heather Heyer is dead because police were unwilling to stop white supremacist violence. So why did Lee end his film with footage from Charlottesville while remaining silent about what the police did that day? Whose narrative is he supporting with his silence? Why does the film portray the police fighting the KKK, when both then and now, the police have either peacefully coexisted with white supremacists or helped them maintain their power?

The New York Post has recently reported that Lee received over $200,000 to work with the New York Police Department to launch an ad campaign aimed at improving relations between police and people of color. Since the NYPD was footing the bill, we can assume the campaign was created to help convince people of color that the police are there for their benefit. This is a hard sell given the NYPD’s history of disproportionately criminalizing and killing people of color. Stories like that of Saheed Vassell, a mentally ill unarmed black man whom NYPD killed last spring, are not uncommon, and although police have lessened the use of stop and frisk since 2013, Black and Latinx people still make up most of those who get stopped.

In a recent essay, “Sorry to Bother You” director Boots Riley claims that “whether it actually is or not, “BlacKkKlansman” feels like an extension of that ad campaign.” I agree with Riley. At the beginning of the film, we’re told that it’s based on real events. We later see the cops saving Black activists from a Klan bombing. That never happened. Lee and his cowriter, Kevin Willmott, made that up. Lee went out of his way to make the cops look good.

Lee does not ignore police misconduct, but treats it as an easily fixable aberration. One of the film’s characters, corrupt cop Andy Landers, is shown illegally arresting Black activists and sexually assaulting one. We even hear about how Landers murdered a Black teenager, but the Landers character mostly exists to show us the virtues of the other cops. Near the end of the film, several officers work together to elicit a taped confession from Landers, which gets him arrested. This also never happened.

This never happens in real life. Cops are regularly recorded killing unarmed people, and even then they rarely face any legal consequences.

The fictional elements that Lee chooses to include are meant to portray the police in a positive light. If Lee had addressed how the police acted at the Unite the Right Rally, his film would have been much more difficult and complex. It would have been forced to address the symbiotic relationship between law enforcement and white supremacists. Instead, we’re left with a feel-good hero story about how a Black cop stops the Klan.

Lee doesn’t depoliticize the Unite the Right Rally so much as he oversimplifies who was responsible for it. He splices in footage of Donald Trump’s initial reaction to the violence at the rally when he refused to specifically condemn white supremacists and complained of violence from many sides.

Trump’s reaction was abhorrent, and Lee is correct to point it out. But by showing the footage of Trump while remaining silent about what police did and did not do at the rally, he encourages people to fight racism simply by fighting Trump.

This is an easy out that ignores larger structural issues. It ignores the fact that police kill people of color far more than hate groups. It ignores the mass incarceration of people of color. In a recent interview with Trevor Noah, Lee spoke about the political action that he hopes his film will inspire. “We have to get ready for these midterms,” he said, “and after that, he’s got to be a one-term president.” He received uproarious applause. He made no mention of taking action to address police violence or law enforcement’s tendency to tolerate and, at times, cooperate with white supremacist violence. He did not mention the murders of Freddy Grey, Philando Castille, Alton Sterling and countless others.

“BlacKkKlansman” pushes a false, sugarcoated narrative about how the police treat people of color. If people take it to heart, it could quell activism that challenges police brutality. Lee ended his movie about police infiltrating and disrupting white supremacists by showing us footage from a white supremacist violence that police allowed. By remaining silent on what the cops did there, he helps shield them from their responsibility to the people the white supremacists attacked, including the deceased Heather Heyer.