On the Anniversary of Its Publication, The Communist Manifesto’s Relevance Continues to Grow

As a revolutionary wave swept across Europe in 1848, led by reformers who wanted to overturn monarchies and secure their bourgeois property rights, Karl Marx and Friedrich Engels published The Communist Manifesto as a call to arms for a different kind of uprising: proletarian revolution, aimed at freeing humanity from wage slavery. Today is the anniversary of that publication. 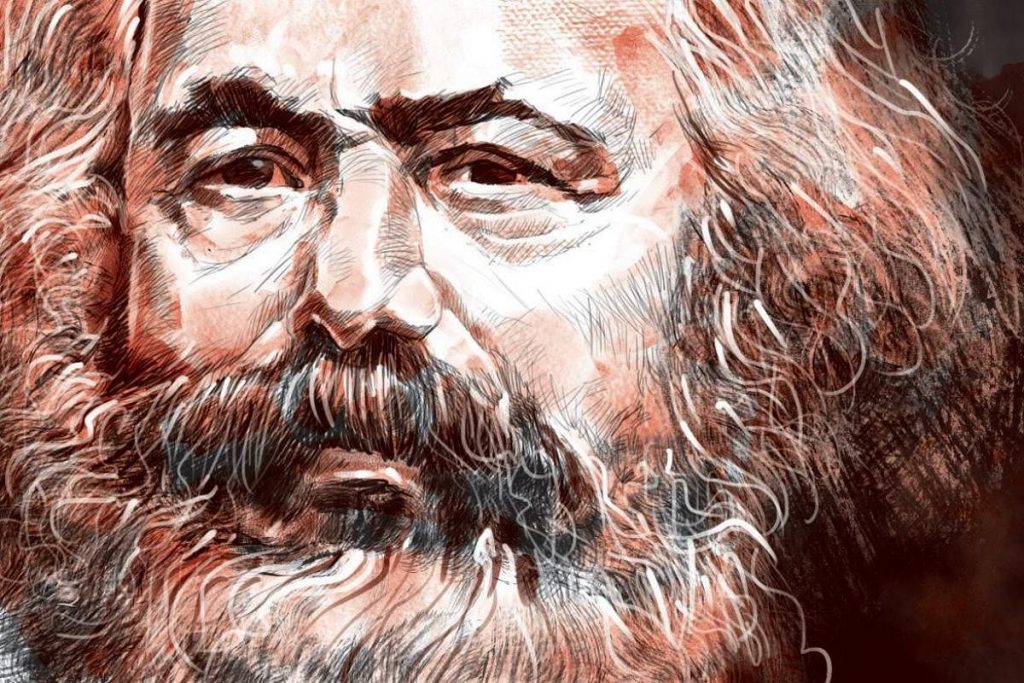 On this day in 1848, The Communist Manifesto was published. The pamphlet’s authors, Karl Marx and Friedrich Engels, had been commissioned by the Communist League — an international political party that had been established the year before — to put down on paper what Lenin later called a work of “clarity and brilliance of genius” that outlines

a new world-conception, consistent materialism, which also embraces the realm of social life; dialectics, as the most comprehensive and profound doctrine of development; the theory of the class struggle and of the world-historic revolutionary role of the proletariat—the creator of a new, communist society.

The pamphlet is one of the most influential texts ever written. The true genius of the work can be found in its relevance today, 174 years after it first appeared, as the source for some of the most important, enduring, and immutable concepts that still guide genuine revolutionary politics. In its pages we find deep analysis as well as quotes that fall easily off the lips of many, and so may seem to have become trite or jaded. They are anything but.

It is beyond the scope of this brief article to discuss the entire text of the Manifesto. Readers are encouraged to celebrate the anniversary by reading it in its entirety. For now, let’s look at some of what the text says in three contexts: how revolutionaries understand the capitalist world; what we’re fighting for; and some guiding principles for how we organize to fight.

The Communist Manifesto explains in brief the meaning of classes in society, the destructive ways in which capitalism functions, and the specific role workers — and our wage-labor — play in all of it. The first section of the text begins:

This is how Marx and Engels get us to an understanding of what drives society, including our world today: “class antagonisms” between two “great hostile camps,” with the bourgeoisie (a tiny minority) imposing “new conditions of oppression” upon the the proletariat, which comprises the great majority of the world’s people. “Political power,” they write, “is merely the organized power of one class for oppressing another.”

These antagonisms, and capitalism’s enduring quest for increased profits, create the crises that are a cyclical feature of the capitalist system. Marx and Engels write of the “crises that by their periodical return put the existence of the entire bourgeois society on its trial, each time more threateningly” as “previously created productive forces” are “periodically destroyed.” And they explain that in these crises lie the roots of war and exploitation:

Society suddenly finds itself put back into a state of momentary barbarism; it appears as if a famine, a universal war of devastation had cut off the supply of every means of subsistence; industry and commerce seem to be destroyed; and why? because there is too much … means of subsistence [and] industry [and] commerce. The productive forces at the disposal of society no longer tend to further the development of the conditions of bourgeois property … they have become too powerful for these conditions, by which they are fettered, and so soon as they overcome these fetters, they bring disorder [and] endanger the existence of bourgeois property.

The bourgeoisie “gets over” these crises, the authors continue, “by enforced destruction of a mass of productive forces” and “by the conquest of new markets, and by the more thorough exploitation of the old ones. That is … by paving the way for more extensive and more destructive crises, and by diminishing the means whereby crises are prevented.”

This describes our world today, within which proletarians toil on behalf of the capitalist class, forced to sell our labor power to survive. Laborers, Marx and Engels write, “are a commodity, like every other article of commerce, and are consequently exposed to all the vicissitudes of competition, to all the fluctuations of the market.” But it is a system that creates tremendous peril for the bourgeoisie:

The condition for capital is wage-labor [which] rests exclusively on competition between the laborers. The advance of industry, whose involuntary promoter is the bourgeoisie, replaces the isolation of the laborers, due to competition, by the revolutionary combination, due to association. The development of Modern Industry, therefore, cuts from under its feet the very foundation on which the bourgeoisie produces and appropriates products. What the bourgeoisie therefore produces, above all, are its own grave-diggers. Its fall and the victory of the proletariat are equally inevitable.

That inevitability is one of social revolt against the deep economic and social crises created by the internal laws of capitalism, which is unable to stop them. It was not, for Marx and Engels, a matter of sitting around and waiting for this inevitable victory. They taught us that for the proletariat to take power, it would be necessary to build class consciousness and construct a revolutionary organization to lead a revolution. This is one of the Manifesto’s main points — and it is what the Bolshevik Party concretized, giving to history the lesson of the Russian Revolution and its successful overthrow of capitalism.

What We Fight For

In the Manifesto’s second section, “Proletarians and Communists,” Marx and Engels spell out that we revolutionaries “have no interests separate and apart from those of the proletariat as a whole.” What differentiates us from others who may seek to “overthrow … bourgeois supremacy” and effect the “conquest of political power by the proletariat” is our ultimate objective: “the abolition of bourgeois property” — the property that is “based on class antagonisms, on the exploitation of the many by the few.” Hence,

In this sense, the theory of the Communists may be summed up in the single sentence: Abolition of private property.

This is what distinguishes proletarian revolution from reform.

You are horrified at our intending to do away with private property. But in your existing society private property is already done away with for nine-tenths of the population; its existence for the few is solely due to its non-existence in the hands of those nine-tenths. You reproach us, therefore, with intending to do away with a form of property, the necessary condition for whose existence is the non-existence of any property for the immense majority of society.

In one word, you reproach us with intending to do away with your property. Precisely so: that is just what we intend.

And with bourgeois private property eliminated, what would we achieve? A flowering of humanity never before seen in history:

How We Organize to Fight

The implications of this class analysis of the world in The Communist Manifesto make very clear one of the immutable principles of revolutionary action. It is embodied in the October 1864 General Rules of the International Workingmen’s Association, of which Marx was a member of the general council: “The emancipation of the working classes must be conquered by the working classes themselves.”

In other words, proletarians fight together with proletarians. They do not rely on their class antagonist, their class enemy, their oppressor — the bourgeoisie. This is a lesson lost on many self-described “revolutionaries” the world over; all of them have failed to learn from the history of defeat after defeat of the proletariat when our class has put its hopes on these false “friends.”

No, what Marx and Engels advocate is proletarian internationalism. Communists, they write,

are distinguished from the other working-class parties by this only: 1. In the national struggles of the proletarians of the different countries, they point out and bring to the front the common interests of the entire proletariat, independently of all nationality. 2. In the various stages of development which the struggle of the working class against the bourgeoisie has to pass through, they always and everywhere represent the interests of the movement as a whole.

That principle, proletarian internationalism, is coupled with unwavering support for revolutionary action and for not stopping at and settling for reforms, even if at this or that moment working to advance reforms. Revolutionaries seek to bring the power of the proletariat, humanity’s great majority, to bear in struggle through the “organization of the proletarians into a class, and, consequently into a political party” — recognizing how the bourgeoisie and the capitalist system intervene, making those efforts “continually … upset … by the competition between the workers themselves. But it ever rises up again, stronger, firmer, mightier.”

Communists “everywhere support every revolutionary movement against the existing social and political order of things.” And

In all these movements, they bring to the front, as the leading question in each, the property question, no matter what its degree of development at the time. …

The Communists disdain to conceal their views and aims. They openly declare that their ends can be attained only by the forcible overthrow of all existing social conditions. Let the ruling classes tremble at a Communistic revolution. The proletarians have nothing to lose but their chains. They have a world to win.

The Communist Manifesto ends with a call for the workers of all countries to unite in struggle — a revolutionary struggle. After all, as Marx wrote in a February 1865 letter to his friend J.B. Schweitzer, “The working class is either revolutionary or it is nothing.”