On the Ground at Abolition Park: Demonstrators Vote To Stay after City Council Passes Disastrous Budget

After the NYC City Council failed to cut the NYPD by even $1 billion, activists at the City Hall Encampment voted to remain in the space. Police tried to evict them Wednesday morning, but the encampment held strong. 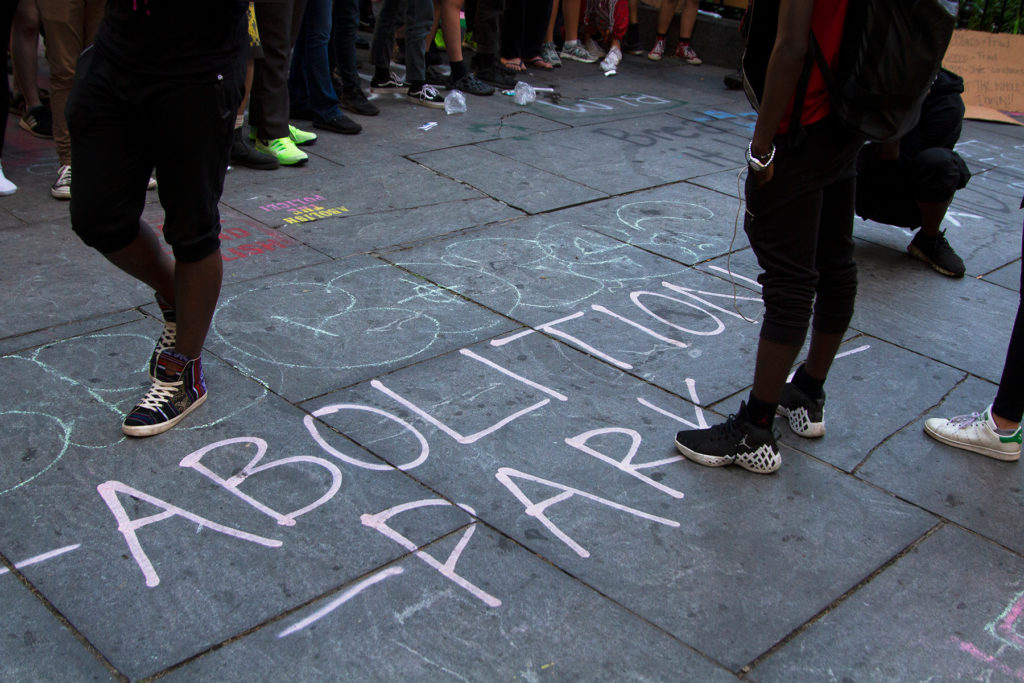 In the first minutes of Wednesday morning, the City Council of New York voted on a pro-cop budget attacking working class and oppressed people. While Mayor de Blasio claimed that the budget defunded the NYPD by $1 billion, it did no such thing. Instead, it cut social services and education and opened the door to thousands of people getting laid off.

The City Council hardly budged under the pressure of a 7-day encampment in front of City Hall. While the original organizers of the encampment called for defunding the police by $1 billion, the people taking part in the encampment demanded much more: with some going so far as to rename the encampment “Abolition Park,” representing their demands to abolish the police.

The day of the budget vote arrived on Tuesday, with some activists using the space of the encampment to ask protesters to call or text their city council members. However, when the time of the vote came — after having been delayed by nearly 12 hours — the encampment watched on their phones and on shared makeshift projection screens and booed as the city council votes were tallied. Because that’s all they could do: watch, wait, and boo. The complete lack of democracy of these elected leaders who are not recallable, who answer to no one but the corporate interests that fund them and the interests of the capitalist Democratic Party, was clear.

As one sector of protesters watched and booed, others used the higher numbers present to expand the encampment, taking over the street and barricading in One Police Plaza. On the side of a court building, someone spray painted “Revolution in our time. Socialism or Barbarism.” This represents a strong trend among protesters: that the time for small reforms (like a small budget cut or slightly more accountability in this or that area) is over.

Only a few hours later, the encampment engaged in a form of democracy unlike those of the capitalists. An assembly was called to discuss the next steps for the encampment. Over and over, folks stood up in front of the assembly to demand that protesters stay and continue the encampment, arguing that nothing has been won yet and that we should fight for more. Then, the protesters voted, with the overwhelming majority voting to stay in the space.

A few hours later, hundreds of police in riot gear surrounded the encampment. Some people got arrested. Some people got pepper sprayed. But people remained firm, standing off against the police who brandished their batons. People linked arms, singing, filming, and standing strong together. As both protesters and members of the media filmed, protesters stood almost nose-to-nose with riot cops, refusing to retreat, refusing to concede.

And they held the line. While the police were able to disperse them from the street, the solidarity, numbers, and media coverage meant that the main encampment wasn’t evicted.