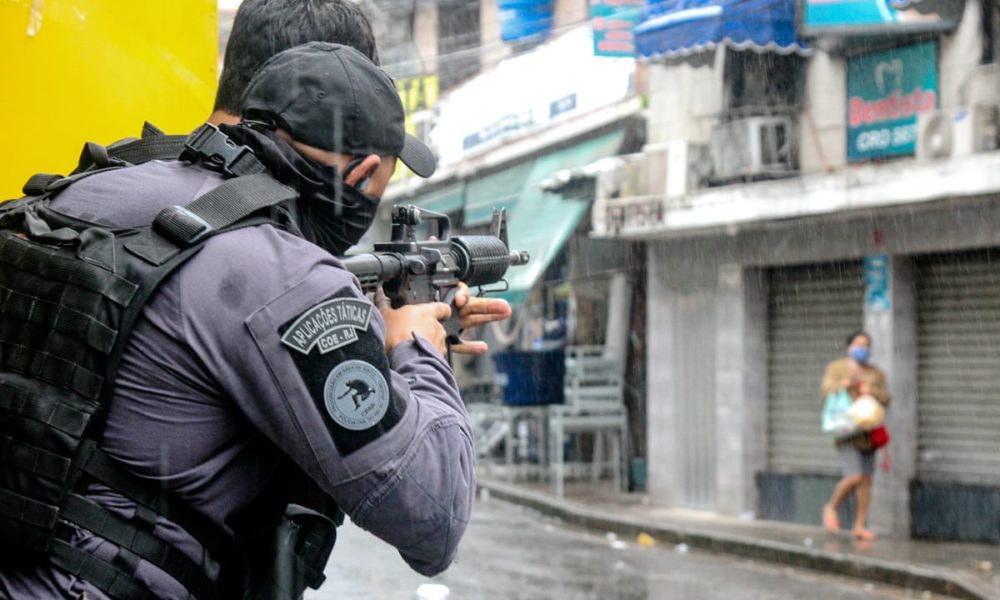 Since the beginning of 2020, at least 20 children were shot, six died, and 14 were injured by stray bullets or direct confrontations in the metropolitan region of Rio de Janeiro. The numbers are similar to those of 2019 during the same months, when five children died and 15 were injured. This shows that, even when equal rights have supposedly been achieved, children do not even have the right to live.

Although children have equal rights under Brazil’s Constitution and according to its Statute of the Child and the Adolescent, they are denied their own survival. An investigation by the Fogo Cruzado platform reported that out of 20 children shot in the metropolitan region of Rio, 14 were victims of stray bullets (i.e., they had no part in the events that triggered the shooting), and three died.

According to Fogo Cruzado, five children were victims of shootings that involved the police, and two were shot in towns near the bases of the Peacemaker Police Units and survived. Three were shot while in their homes, one of whom died.

In 2019, the Brazilian Pediatric Society declared that every 60 minutes a child or an adolescent, up to 19 years old, dies in Brazil from gunfire. Based on data from 1997 and 2017, when the research was conducted, it was found that about 145,000 young people died from accidental or intentional gunshot wounds. The report from the Brazilian Pediatric Society added that every two hours a child or adolescent enters a public hospital with gunshot injuries, while the total shows that one child or youth dies every hour from firearms.

Brazil has the highest annual homicide rate in the world, with 30 cases per 100,000 inhabitants. In the last decade, an estimated 553,000 people have died from deliberate violence.

This increase in juvenile firearm deaths results not only from increased extreme poverty but also from the negligence of the government, increased militarization of the police, and greater state repression.

The regime since the institutional coup in 2016 has been gradually destroying the basic living conditions in the country. Today, owing mainly to the accelerated economic crisis during the pandemic, Brazil’s workers and poorest inhabitants, mostly of African descent, make up the mass of the population unemployed by the Bolsonaro government’s social security reforms. Bolsonaro’s measures paved the way for salary cuts and contract suspensions during the pandemic. Children have not been spared.

Misery is widespread. In Bolsonaro’s Brazil, 31 million (16 percent) of Brazilians have no water in their homes, which doesn’t even permit them to wash their hands with soap. Another 5.8 million people do not have a bathroom at home, in a country where 74.2 million (37 percent) people live in areas without sewage, where children do not have the minimal hygienic conditions to survive.

Under the extreme right-wing government of Bolsonaro, millions of children go hungry because their families are unemployed. Many are forced to work and will never have access to quality public education. In collusion with the evangelical church, the government prohibits girls who are the victims of rape from getting abortions. Millions of children in Brazil are denied the right to a real childhood.

As in all countries, the working class and poor children of Brazil suffer many forms of violence, all of them the faces of capitalism.

This article originally appeared in Spanish on October 13 in La Izquierda Diario.