One Million U.S. Covid Deaths and Counting: A Grim Milestone

The official death toll in the U.S. for COVID-19 has surpassed one million. The capitalists and U.S. politicians have blood on their hands. 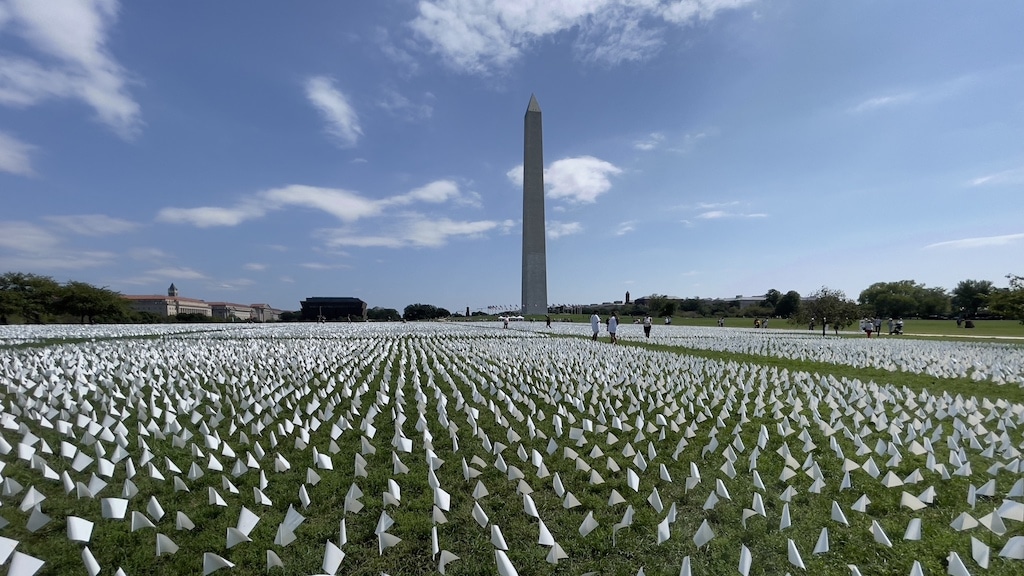 The United States marked a grim milestone in the coronavirus pandemic last month as the official death toll from Covid-19 passed one million, the highest official count for any nation. Nonetheless, the push to “get back to normal” is still going strong as companies and the government continue to put profits over human lives.

On the day the count officially reached a million, President Biden offered sentimental words and ordered flags to half-staff. Predictably, he did not acknowledge how his administration’s profit-driven policies to reopen the economy allowed these deaths to happen, fueled by a “strategy” of personal responsibility while sacrificing the working class.

There has been a tragically disproportionate number of deaths in Black, Indigenous, Latino, and other working-class communities of color. For one, Black and Latino people are overrepresented in essential jobs. While many were able to work remotely throughout the pandemic, Black and Latino workers were more likely to hold jobs that required them to provide in-person services during lockdowns. The mortality rate of Indigenous people in the United States has been nearly three times as high as that of white Americans.

The State of the Union address on March 1 marked a kind of symbolic turning point in the administration’s efforts to invisibilize and individualize the ongoing pandemic. Speaking to the almost entirely maskless U.S. Congress, Biden touted the country’s vaccination rate and proudly announced that he would continue his bare minimum public health strategy. He used the “success” of his administration’s pandemic policies as a justification for schools and workplaces to stay open. The address came just days after the Center for Disease Control (CDC) announced its recommendation that masks be optional, which Biden reaffirmed, despite the fact that a majority of people still support mask mandates on planes and public transportation. Biden’s message, aided by a mainstream media narrative to “get back to normal,” was loud and clear: we can treat the pandemic as though it’s over, no matter how many people are still getting sick and dying.

Despite the thunderous applause and smiles from the maskless Congress members, this celebratory tone rang hollow for the majority of working-class people watching from home, millions of whom are grieving lost loved ones from the pandemic. The reality of Covid under the Biden administration has been bleak. While Biden celebrated a 75 percent vaccination rate, he did not mention that the percentage of the fully vaccinated U.S. population is at least ten points lower. And according to CDC data at the time of writing, only 31 percent of the U.S. population has received a booster shot

Biden, along with many of Democratic leaders and lawmakers, adopted a vaccine-only strategy that put forward vaccines as a cure-all to shuffle people back to their jobs. While vaccinations are an essential part of the battle against Covid, this stance overemphasizes the ability of vaccines to single-handedly end the pandemic, while downplaying the role other essential public health measures that require significant cost to the state and capitalists, such as adequate paid time off, free personal protective equipment, improved ventilation, adequate hospital capacity and staffing, and free public healthcare. This has allowed politicians to demonize unvaccinated individuals for dragging out the pandemic, while letting capitalists and their bourgeois representatives in governments off the hook.

The Capitalists and Their Parties Have Blood on their Hands

The CDC, as an arm of the capitalist state, continues to downplay the seriousness of the pandemic. In 2021, it recommended that schools drop social distancing requirements from six feet to three feet in order to accommodate more kids back in overcrowded classrooms. Under pressure from airline CEOs, the CDC reduced its isolation time from ten days to five in order to get people back to work sooner during the extremely contagious Omicron wave this past winter. While teachers in Chicago and across the country voted to teach remotely until cases receded, their mayors and unions coerced them to return to the classroom. The blatant disregard for the lives of educators has meant that over 1,299 active and retired teachers and school staff have died of Covid.

On its website, the CDC has changed its default maps from community spread levels to “COVID-19 Community Levels” based on hospitalizations, a lagging indicator, which deceptively suggests that things are safer than they actually are. The CDC is also pushing an individualist masking policy . The site reads, “If you are at high risk for severe illness, talk to your healthcare provider about whether you need to wear a mask and take other precautions.” This, despite the lack of free, universal healthcare and high-quality N95 masks. The Biden administration did decide to send out free at-home tests — once the Omicron wave already began to wane — with the same number of tests available regardless of how many people were in the household. In many states, uninsured people are no longer able to get free Covid tests.

Despite repeated proclamations from Biden, administration officials, and other White House allies that we “have the tools” to defeat the pandemic, there is a lack of new funding for testing and sufficient vaccine doses. Having spent nearly all of the money in the $1.9 trillion American Rescue Plan, the Biden administration announced a few weeks ago that the country will likely have to begin rationing supplies like vaccines and treatments in the fall.

This comes after a $10 billion Covid relief package has been stalled by GOP Senators who are using their leverage to try to maintain the strict immigration rules imposed during the pandemic. While Democrats blame the Republicans for failing to renew Covid funding, many Democrats are also in favor of the same racist immigration ban that is holding up money for Covid relief. Meanwhile, Congress just passed a bipartisan spending package funneling $54 billion to Ukraine, with the bulk of that money flowing toward military assistance and weapons. It’s clear that for both Democrats and Republicans, public health is an afterthought to their shared imperialist agenda. In fact, having funds for things like more testing, free masks, and updating ventilation systems, would actually help people to socialize and do other activities in a lower risk manner.

In his 1845 book, The Condition of the Working Class in England, Frederick Engels describes the concept of “social murder”, whereby capitalist society places the working class

…in such a position that they inevitably meet a too early and an unnatural death, one which is quite as much a death by violence as that by the sword or bullet; when it deprives thousands of the necessaries of life, places them under conditions in which they cannot live – forces them, through the strong arm of the law, to remain in such conditions until that death ensues which is the inevitable consequence – knows that these thousands of victims must perish, and yet permits these conditions to remain, its deed is murder just as surely as the deed of the single individual; disguised, malicious murder, murder against which none can defend himself, which does not seem what it is, because no man sees the murderer, because the death of the victim seems a natural one, since the offence is more one of omission than of commission. But murder it remains.

While technology and medicine have changed dramatically since the time of Engels’s writing, his words are hauntingly true today. The same dynamics exist under capitalism today; the capitalists and their allies in government have blood on their hands.

The capitalist system, whether Republicans or Democrats are in charge, is unable and unwilling to deal with the pandemic without resulting in mass death and illness. Free, high-quality N95 masks and at-home tests need to be given to everyone, without the need to “order” online, as well as expanded distribution in schools, libraries, and community centers. We demand full paid time off for all as long as needed to personally recover, to care for others, and to receive and recover from side effects of vaccination and booster shots. We also need proper ventilation in all workplaces and schools. Vaccine patents must be lifted so that everyone in the world has access to vaccines. We demand free universal healthcare, including free, safe, legal abortions on demand. Workplaces need to be under worker control, so that workers decide when workplaces are unsafe, instead of being kept open to increase capitalists’ profits.

The million people and counting in the United States who have died as a result of Covid, and the many more globally who have died as a result of vaccine imperialism, deserve justice for being sacrificed against their will. We must remember and honor them by fighting back against the system that allowed them to die instead of protecting their lives and building a system that respects, honors, and cherishes human life.