One Year After the Revolt in Chile: Seven Reasons to Take to the Streets Again

A year after the social explosion in Chile, we look back at some of the main reasons people took to the streets on October 18, 2019, and in the ensuing months. The review shows why it is essential to increase the numbers already mobilizing and bring millions into the streets again. 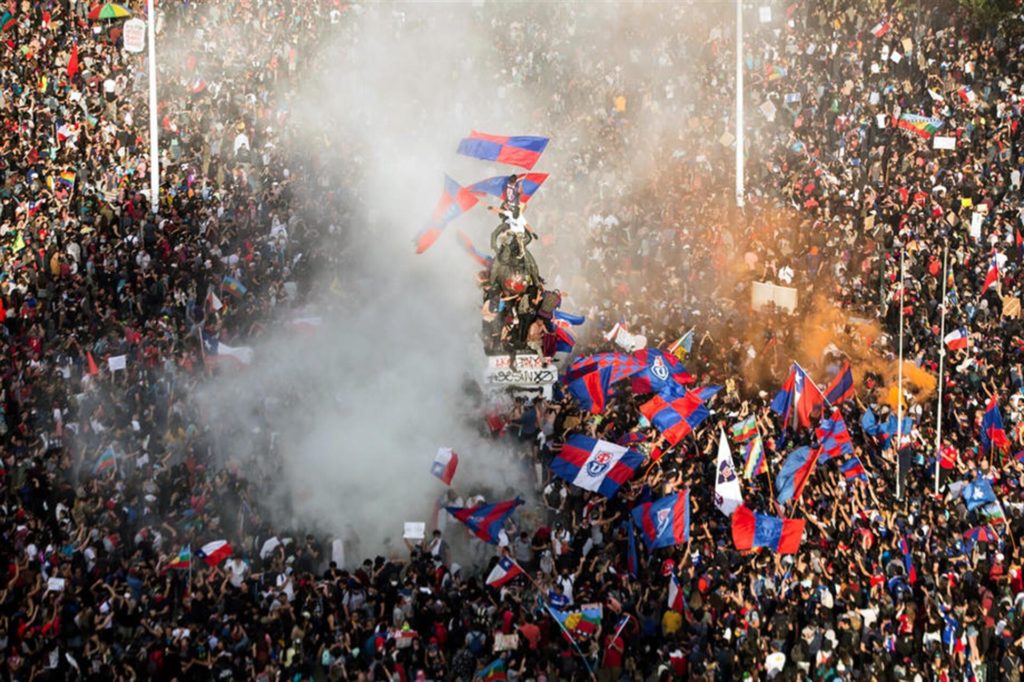 Today marks the first anniversary of the eruption of the protests against the neoliberal regime in Chile. Sparked by a rise in subway fares, millions took to the streets demanding the resignation of President Sebastian Piñera, and some organizations even demanded a free and sovereign constituent assembly. A year later, the tasks of the rebellion still live on, with an even longer list of reasons Chileans are fed up with the system and those who run it. With protests planned across Chile to mark this anniversary, the possibility exists for a new phase of this popular struggle to emerge. Here, we take a look at seven main themes that speak to why the masses should continue taking to the streets and mobilize for a general strike.

The unfairness of the judicial system and the false justice to which we are subjected were apparent before and after last year’s social upsurge. Keep in mind that through February 2020 some 2,500 political prisoners were being held who had participated in the revolt, 100 of whom were minors. There were cases such as that of Roberto Campos, the professor accused of hitting an already damaged subway turnstile. By contrast, in the Penta Group case, Carlos Délano and Carlos Lavin were found guilty of more than 20 billion in tax fraud, but their sentence was to attend only 33 ethics classes.

The pandemic has revealed the massive fragility of our healthcare system, which even before the pandemic had long waiting lists, overburdened hospitals, and high costs of supplies. In the pandemic, this reality has cost the lives of 13,396 people, making it clear that the Chilean healthcare system is not “one of the best and most efficient on the planet,” as former Health Minister Jaime Mañalich claims. That is why it is necessary to create a free, universal healthcare system.

Many of the posters in Plaza Dignidad in the days following last year’s upsurge railed against the current pension system, which was designed by José Piñera, President Sebastián Piñera’s brother, and that today pays out “hunger” pensions.

Minimum Wages, An End to Layoffs, and Distribution of Work Hours Among the Employed and Unemployed

Chile’s education system still owes a debt to all those who mobilized in 2011 to end for-profit education and ensure that it is free and of good quality. Now we need to give more young people the opportunity to enter university and opt for a better future. Ensuring the development of our youth is why it is necessary to fight for one free education system.

Dissolution of the Carabineros

The Carabineros — Chile’s national police force — have murdered, mutilated, and tortured people. These political culprits face neither penalty nor punishment. They create frameups to arrest and imprison people, as in “Operation Hurricane.” They wage an ongoing persecution of the Mapuche people.

Millions shouted “Out with Piñera” from the streets, and they distrust the congress that signed the kitchen-cabinet “Agreement for Social Peace” that resulted from discussions among parties from the Frente Amplio to the UDI, who took it upon themselves to figure out how to divert the power the November 12 general strike. To win the “Out with Piñera” demand and prevent the current government from simply reconstituting itself, a number of independent organizations have raised the demand for a Free and Sovereign Constituent Assembly and to put an end to the legacy of the dictatorship — a third option that would establish an organized process of the people and the working class to conquer all the demands of a reawakened Chile raised since last October 18.

Return to the Path of Rebellion

One year after the rebellion, there have been many demonstrations organized but that have not led to mass mobilizations. But they are a starting point on the path to rebellion through the perspective of a general strike to confront and defeat Piñera’s repression and his attacks against working people, to demand trials and punishment of those who are politically responsible for the repression, to putting an end to unequal justice, and to wining freedom for all political prisoners, from the Mapuche to those jailed during the rebellion.