One Year Anniversary of Left Voice

Roughly a year ago, we launched Left Voice with the aim of sharing the struggles of workers and the oppressed and to weigh in on central debates within the left. 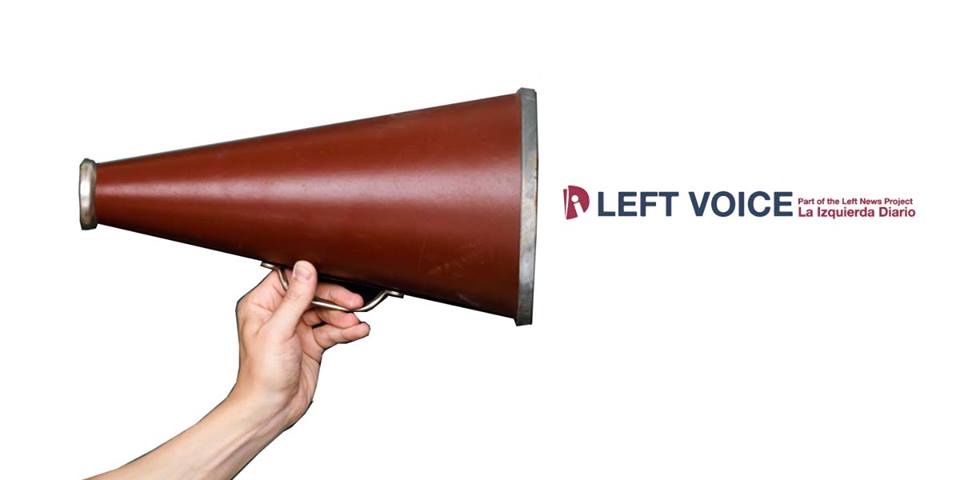 We have big shoes to fill, being part of the La Izquierda Diario, a network of news sites in five languages (Spanish, French, German, English and Portuguese) based in 11 countries: the United States, France, Germany, Spain, Venezuela, Chile, Mexico, Argentina, Brazil, Uruguay and Bolivia.

The most-viewed site in our network is La Izquierda Diario Argentina, with over one million visits a month. These sites seek to reflect the political reality of the particular base country and the world, as well as the everyday struggles that mainstream media refuses to cover, such as worker and student struggles.

All the outlets in our network are advanced by the militant work of political parties like the PTS in Argentina (Partido de Trabajadores Socialista, Party of Socialist Workers), the MRT in Brazil (Revolutionary Workers Movement), along with independent collaborators. They are also receive numerous contributions from anticapitalists of all stripes.

In the United States, Left Voice seeks to analyze the major debates within the left, as well as class struggle taking place in the US and around the world.

Since our launch last year, we’ve published almost 400 articles on various topics–from the new situation in Greece with Syriza in Government to the immigration crisis in Europe; from the advances of the left in Argentina, mass resistance to austerity programs, to the political crisis in Brazil.

We’ve published dozens of articles on the #BlackLivesMatter movement, the Black Struggle and the fight against police brutality. We are receiving more submissions every day from workers and students who seek to reflect their reality on Left Voice and help advance debate and dialogue among revolutionaries and anticapitalists.

This summer, we released the first edition of Left Voice Magazine, “A New Generation Rises Up”. In May, we organized several panels at the Left Forum.

In only one year, the network of Left Voice collaborators has grown substantially, thanks to the work of editors, translators, writers and guest contributors.

Our international ties with news outlets in Europe and Latin America have enabled us to cover multiple key phenomena from an on-the-ground perspective, including the explosive situation in France and the teachers’ resistance movement in Oaxaca (livestream video here.

But we are not just a news project. Every individual working to build this international network understands this task as part of a longterm struggle against exploitation and all forms of oppression.

We do not believe in journalism simply for the sake of journalism, but rather, every word written, edited and published on this website reflects the militant efforts of political activists committed to the goal of changing the world, not just analyzing it.

Our work and resources are at the service of workers’ struggles. That’s why we amplify the Oaxacan teachers’ battle cries, that’s why workers and students fighting in the street of France have wished a “long life” to our sister outlet Révolution Permanente.

As we move forward, we need more volunteers to maintain and improve our publications. Join us in this challenge! If you are willing to help, write us at contact@left voice.org.