One Year into the Trump Era: Total Calamity and Business as Usual

It seems that our worst fears have come true since Trump’s election, and the world as we know it has ended. Or has it? As the next midterm elections are already becoming the subject of considerable debate, it is worth assessing Trump’s impact so far. 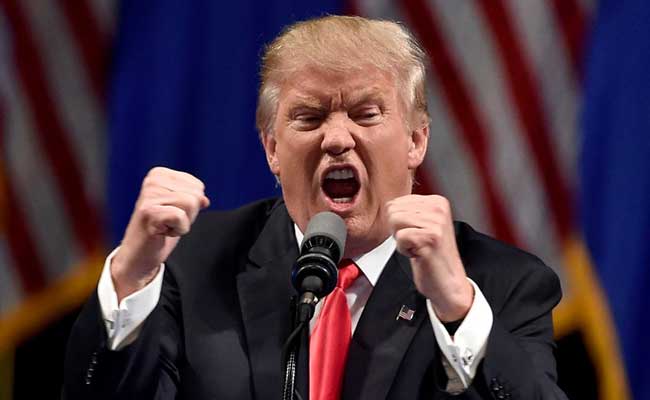 On January 20, 2017, exactly one year ago, Donald Trump, Jr. took office as the 45th President of the United States. On January 20, 2018, the country was once again swept by massive protests with over 1 million people taking to the streets on the second Women’s March. With the government shutdown looming ahead, hundreds of thousands marched to express their contempt for Donald Trump. Internationally, Trump is seen as a racist buffoon. His insulting comments about Haiti, El Salvador, and African countries have intensified the rage at the Trump administration around the world.

Over the last year, there have been unprecedented “natural disasters” in many places. Floods, hurricanes, forest fires, and mudslides have killed hundreds, while most of Puerto Rico is still without power and the Trump administration is letting them rot. The threat of nuclear war is closer than it has been in decades. It seems that our worst fears have come true since Trump’s election, and the world as we know it has ended. Or has it? As the next midterm elections are already becoming the subject of considerable debate, it is worth assessing Trump’s impact so far. Certainly, the initial sense of shock and horror has given way to a permanent state of disbelief mixed with revulsion, vexation, and some amusement. The apocalypse that seemed imminent the morning after November 8, 2016 has not yet come to pass, but a number of actions taken by the Trump administration have had catastrophic effects and have caused great alarm. But has this president really [“changed the world in one year”->http://www.cnn.com/2018/01/20/politics/donald-trump-foreign-policy-one-year/index.html
]?

It is true; there has been no shortage of anxiety-provoking and utterly terrifying news emanating from the president’s office: the unnecessary sparring with North Korea, the announced U.S. exit from the Paris Climate Agreement, the proposed cancellation of DACA and TPS, and the tax reform law may be some of the most worrisome of Trump’s accomplishments, and what’s still in the offing is anyone’s guess. If there is one thing that is certain, it is that the future with Donald Trump is going to be uncertain. Of course, this is exactly what the reality TV show that is Trump, Inc. sells its audience: spectacular uncertainty.

No one can deny that it has been a wild ride, like a visit to the circus, except you can’t go home after an hour because the bizarre performance goes on and on. The outrageous tweets just keep on coming, the firings and the resignations are barely keeping pace with the scandals, and parents cover their children’s ears when the radio reports on Trump’s latest word choice. The refrain about how “unpresidential” this president is behaving has long reached a fever pitch and is only outdone by ongoing speculations about his mental health and personality structures. However, the problem with indignation that is based primarily on moralizing and psychologizing is that it is not revolutionary. This is because however illuminating it might be to diagnose the “leader of the free world” with pathological narcissism or some form of dementia, such efforts do not address the deeper issues. In fact, the discussions about Trump’s mental capacities are in many ways a distraction.

What exactly has changed since Donald Trump moved into the White House? Much like his predecessors, he has not delivered on many of his campaign promises. The border wall he vowed to build remains a big question mark (along with who is going to pay for it), the Muslim travel ban continues to be challenged in the courts, and the “swamp” that he set out to drain looks swampier than before. (While the first two are a source of temporary relief for progressives and leftists, the last is mostly unsurprising.) On the other hand, the Trump Administration’s attacks on immigrants, its recognition of Jerusalem as the capital of Israel and thus support of the Israeli apartheid state, and its crass enabling of the far right in this country are causing the destruction of lives and livelihoods, both in the U.S. and around the world.

White working-class people who voted for Trump did so largely because they wanted to see improvements in their conditions of life. It has been argued over and over since the election that Trump’s base is not in fact working class at all. However, if a third of Trump voters have a household income of $50,000 or less and another third have a household income that does not exceed $100,000, then the vast majority of those people are either poor or middle class, which in today’s age means they are struggling to make ends meet. Trump’s racist rhetoric may have appealed to this population, but racism is an instrument in the hands of capitalism, used to mask and deepen the economic contradictions.

The truth of the matter is that all the bigotry and the hate-mongering cannot “bring back our jobs.” Wages have remained flat in Trump’s first year as has the labor force participation rate. Cutting corporate taxes may or may not lead to an additional boost in employment (evidence shows that tax cuts are a highly unreliable factor in capital investment), but it will definitely lead to more extreme social inequality. Deporting immigrants does not benefit native-born workers either; it is nothing but an exercise in inhumanity and a political smokescreen that serves to obscure the reality of what it is like to live and work in the wealthiest country on earth, where nearly half of the workforce lives on poverty wages (less than $15 an hour), over a half a million people are homeless, and the healthcare crisis continues unabated. However, blaming Trump or focusing on his erratic conduct in this situation is both incorrect and missing the point.

As right-wing sentiments and movements have gained strength over the last year, economic inequality has grown precipitously. One doesn’t need a crystal ball to predict a continued redistribution of wealth from the bottom to the top. This trend is a global phenomenon, but it is particularly pronounced in the U.S. As noted in the World Inequality Report 2018, both in Europe and in the U.S. the top 1 percent of adults earned around 10 percent of the national income in 1980. In Europe, this number has risen to 12 percent, but in the U.S. it has reached 20 percent. In the same time period in the US annual income earnings for the top 1 percent have risen by 205 percent, while for the top 0.001 percent the figure is 636 percent. By comparison, the average annual wage of the bottom 50 percent has stagnated since 1980.

The fact that social disparities are constantly increasing here and in the rest of the world indicates that Trump is part of the problem, rather than the problem. Contrary to his self-presentation as an anti-establishment anti-politician who fights for American workers, this president is effectively doing the bidding of the ruling class, of which he himself is the emblematic exemplar, while diverting our attention away from the real reasons for the widespread suffering. It turns out that this “unfit” president is remarkably fit at creating outrage directed at himself, when that outrage should be aimed squarely at the economic and social realities that workers and oppressed people struggle against today.

Given that 15 percent of Americans are affected by personality disorders and about 18 percent of American adults have a mental health condition, it is perfectly possible that Trump is among them, but that does not explain why people’s material conditions are getting continually worse. It is easy to be astounded at the limited vocabulary of “The Donald,” his “locker-room/kitchen-table” mouth and almost-unfathomably blatant racism and misogyny, or even his absurdly inflated ego. However, what’s far more astounding is the way the global capitalist class has been able to put in place more and better mechanisms for the transfer of wealth from the workers to the owners. Yes, Trump is dangerous. He is also the ugly visage of the state in neoliberal capitalism.

Underneath all the bluster and the drama, Trump has more in common with the previous Republican presidents like Reagan, Bush, and George W. Bush, and even with Democratic presidents like Clinton and Obama, than it might seem — and certainly more than he would have us believe. The “change” they all have purported to bring about resonated with people who desire a better life, but invariably turned into more of the same. Marx’s oft-repeated statement that “[t]he executive of the modern state is but a committee for managing the common affairs of the whole bourgeoisie” still holds true. No matter how more or less attractive, charismatic, or unconventional the head of this committee is, they will necessarily default to doing everything in their power to maintain the status quo in the service of their class.

After Trump won the election, and thousands of young people, inspired by the “democratic socialism” of Bernie Sanders, began flocking to the DSA, there was much talk about an “opening” on the left. This opening is still there. There have been other important developments including, more recently, the #MeToo movement. The challenge for the left continues to be the task of uniting the struggles against all forms of oppression and against capitalist exploitation. What this last year has demonstrated more than anything is that the fight against injustice needs to be launched as a broad attack on the capitalist system, pushing against liberal efforts to make this about the person of Trump, and organizing instead to protect the most vulnerable members of the working class and to advance the interests of the class as a whole.