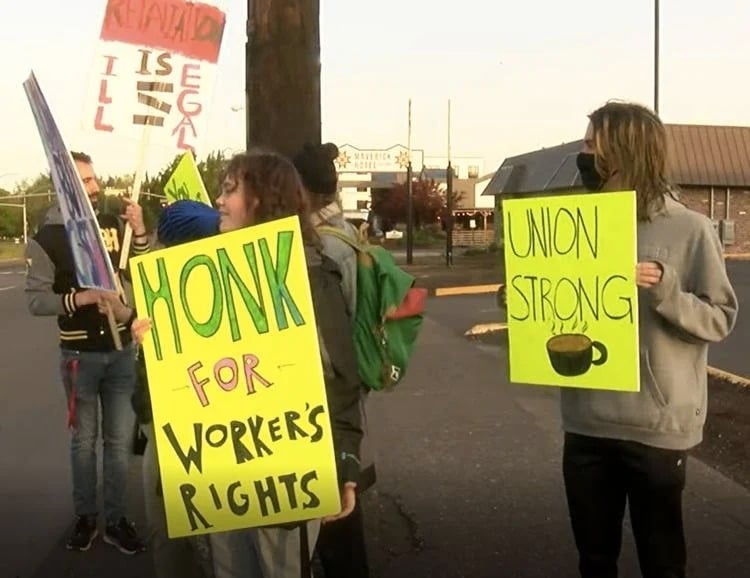 Starbucks workers at a location in Eugene, Oregon went on strike on Tuesday to protest the union busting at their location and the unlawful firing of three organizers.

The workers at this Starbucks store voted 17-0 in favor of unionizing. They are part of the massive Starbucks unionization wave, with 70 other stores nationwide winning union elections and over 250 stores filing to unionize.

Starbucks, however, is doing everything it can to stop this wave. As Starbucks Workers United described in a statement: “Starbucks has continued to cut workers’ hours, coerce them into voting against union representation by mischaracterizing the law and preemptively refusing to engage in good faith bargaining… Starbucks has failed to recognize their union despite having no good-faith reason not to.”

The situation at the store in Eugene has escalated and workers are going on strike to protest both these union busting tactics, which include the unlawful firings.

“There’s been several firings of union organizers,” Ian, a Starbucks worker, explained. “There was a 15-year partner … who was fired up in Seattle recently as well as targeted enforcement of policies such as dress code in order to target union organizers for wearing these shirts,” he said, pointing to his Starbucks Workers United T-shift. “Starbucks has announced a massive benefits package to every store in the country except those who are currently in the process of unionizing or already unionized.”

Both Starbucks and Amazon have ramped up union busting in the past few months to try to stop the unionization wave. However, every day more workers join the movement. It’s essential that workers all over the country, whether unionized or not, stand up against union busting. Every worker needs a union. 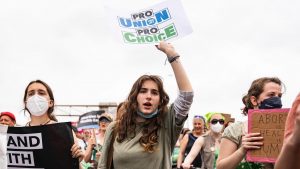