In March, 2018, delegations from 16 different countries met in Buenos Aires, Argentina for the 11th Conference of the Trotskyist Fraction for the Fourth International (FT). This is the second part of the Document on the International Situation: Economic Tensions and Political Instability. 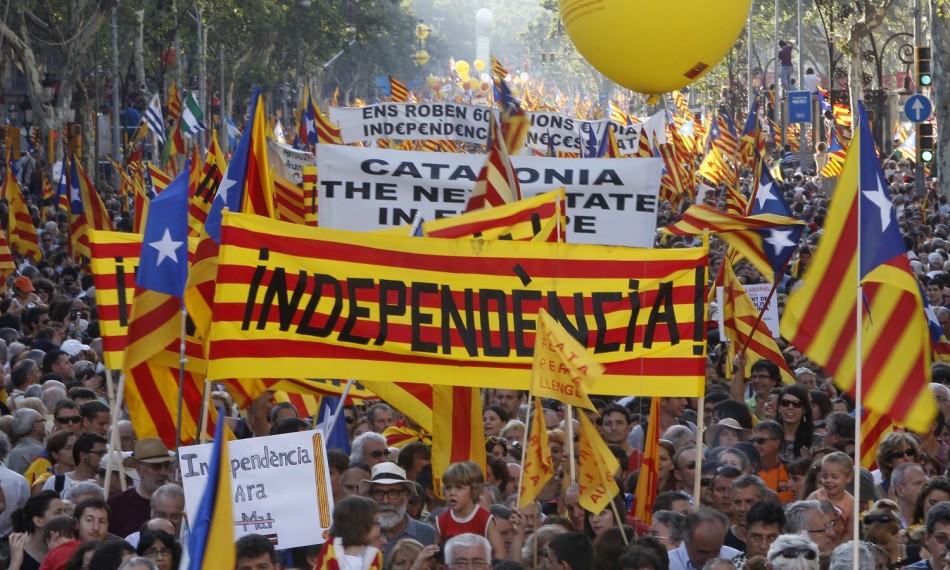 From a theoretical point of view, we have defined the situation after the 2008-09 crisis as the development of trends toward an “organic crisis” in several countries, including imperialist powers such as the United States and Great Britain. In poor or semicolonial countries such as Brazil or South Africa, this organic crisis has had clear manifestations. Venezuela has been the most extreme example of this.

Among the “classical” terms used by revolutionary Marxists to analyze situations, we have incorporated Antonio Gramsci’s concept of “organic crisis” to explain such intermediate situations between nonrevolutionary and prerevolutionary or openly revolutionary situations resulting from the social and political consequences of the 2008 crisis, which are characterized by the development of elements of crisis in bourgeois hegemony but without the prevalence of class struggle and mass political radicalization as a general trend (although intense radicalization processes have taken place, such in the Arab Spring). These situations are largely the result of the fact that the bourgeoisie was able to avoid a catastrophic scenario similar to the crisis of 1930 by using state intervention, and so the crisis dragged on for several years.

The current international situation is primarily characterized by this organic crisis. The political expression of this is the crisis of the traditional bourgeois parties (the “extreme center” in the words of Tariq Ali), which have been the primary agents of neoliberal austerity and offensives.

The material basis of this crisis is the polarization resulting from the obscene concentration of wealth and inequality that became more profound with the 2008-09 crisis. According to a report by Credit Suisse, 0.7% of the global adult population owned 50.1% of the world’s wealth in 2017, while 70% of the global population of working age owned only 2.7%.

This has set the stage for the emergence of new “populist” political phenomena, both on the right (xenophobic European parties) and on the left, as expressed in the rise of neo-reformist groups with mass support, such as Podemos, Syriza, Momentum in the British Labour Party, DSA in the United States, Mélenchon’s La France Insoumise, the Frente Amplio in Chile, etc. The latest instance of this crisis was the election in Italy, where the two leading parties were the Northern League (known as the League) and the Five Star Movement.

This does not mean that there have been no bourgeois attempts to find a right-wing solution to this crisis (Macron’s En Marche or Spain’s Ciudadanos could be examples of this) or capitalist legislative offensives such as labor or pension reforms, although there is a contradiction in that the governments trying to apply them are generally weak and these plans have already been met with resistance. Even if these reforms pass (such as the labor reform in Brazil), this is a senile, nonhegemonic neoliberalism that tends to increase social and political polarization, which could eventually create more favorable conditions for the development of intense processes of class struggle and political radicalization.

Our use of the term “organic crisis” is thus diametrically opposed to those who use it to designate a chronic crisis without distinguishing shifting power relations or developing situations, or to those who use it to deny the prospect of revolution by arguing that the ruling classes always find a “reformist” (in the best of cases) or a Bonapartist solution to the crisis. On the contrary, in our view the term “organic crisis” implies attempts by the bourgeoisie to overcome it, which include attacks against workers, Bonapartist and eventually counterrevolutionary shifts, as the example of Trump makes clear – as well as the response from the masses and the prospect of independent historical action by the exploited, creating the conditions for the development of classical prerevolutionary or revolutionary situations.

When Trump won the elections, the big question was whether or not he would take a “revolutionary” course in his presidency or if he would be domesticated by the powerful players who opposed him. The results of his first year in office have been mixed. Trump was not able to apply his more ambitious campaign agenda, neither domestically nor in relation to his foreign policy, but was likewise not neutralized. Evidence of the former dynamic, for example, is the fact that the “protectionist” measures implemented during his first year were partial measures, more in response to local industry lobbies than part of an overall strategy. The latter dynamic is clear in the recent application of steel and aluminum tariffs. The political situation has thus become increasingly volatile. The response to these contradictory trends, which arise from the divisions in the ruling class and its parties, has been to increase the administration’s Bonapartist characteristics.

The setbacks in Congress and the Supreme Court, the hostility of the Republican party, the pressure exerted by various sectors of the state apparatus (particularly the FBI in the “Russiagate” scandal) and by large corporations that have started to actively oppose policies that affect their interests—these have acted as moderators of the “Trump factor” during his first year in office. This does not mean that the president has renounced his program, as shown by the steel and aluminum tariffs, but that he has proven to be more pragmatic than “ideological” when it comes to governing.

The removal of Steve Bannon, the “populist” so-called alt-right ideologue and the decisive weight that the military has acquired in the Trump administration have been insufficient to put an end to the interclique war in the White House and the tensions within the Republican Party. The steel and aluminum tariffs tipped the balance once again in favor of the “protectionists” (trade officials like Wilbur Ross and Peter Navarro) against the “globalists,” resulting in the resignation of Gary Cohn, a Democrat and former Goldman Sachs executive who was Trump’s chief economic adviser. The measure has also created a divide between the metallurgical industry (including the union bureaucracy) and other steel-consuming branches of industry that would have to pay more as a result. Furthermore, it has led to a crisis in the Republican Party, which largely supports free trade and is looking for ways to mitigate the effects of this protectionist initiative.

In short, the divisions in the White House and in the political establishment reflect the disputes within the ruling class and the state bureaucracy as well as the country’s social polarization. Trump seeks to play the role of arbitrator in these disputes with the support of the administration’s military branch, and at times in opposition to it – as with the tariffs that affect US allies – but nevertheless with an erratic and pragmatic policy. Rex Tillerson’s firing and his replacement by Mike Pompeo has strengthened the faction that is completely in line with the president. These shifts indicate that it continues to be a weak Bonapartist government, with a narrow social base and a very unpopular president, making it relatively unstable.

This year’s economic conditions were favorable to Trump and acted as a buffer between the administration’s protectionist tendencies and the more globalized corporate sector. Although the average national growth rate of just over 2% is far from the 3.1% annual growth level projected by the administration and closer to the mediocre forecasts of international organizations, the unemployment rate has continued to drop, reaching 4.1% (mostly due to the creation of low-paying jobs and unemployment statistics not counting the “discouraged,” i.e. those who have stopped looking for jobs). Wall Street has also reached record growth levels after the collapse in February, resulting in exorbitant profits especially for large tech companies.

Trump’s most significant victory was the tax cut for the rich that passed last December, which reduces the tax on corporations from 35 to 21% and applies a one-time 8-15% tax on profits returning to the United States from abroad. This huge cut in favor of the rich – which has been likened to Reagan’s 1986 tax reform in its scope – will mean a fiscal deficit of $1.5 trillion over the next 10 years.

This gift to the 1% has had a twofold beneficial effect. Since the Reagan era, tax cuts have been a part of the DNA of the Republican party, which has supported the president on this issue without opposition, despite the fact that they play fiscal deficit “hawks” on the campaign trail or when they are in the opposition. It has also helped to improve the relationship between the administration and the large Silicon Valley corporations that had embodied the corporate opposition to Trumpism. Apple has already announced that it will pay $38 billion in taxes to repatriate profits, which will create 20,000 jobs in the United States. It has even made demagogic statements about paying an extra bonus to its employees. This is no guarantee that corporations will make large investments (and previous cuts rather indicate the opposite), although this measure facilitating the return of capital is part of Trump’s nationalist program of repatriating US capital that is currently abroad. In spite of these measures, the establishment is still greatly distrustful of Trump.

Another point scored in favor of the administration is the bipartisan approval of the 2019 budget, which will result in a massive increase in the fiscal deficit from $3.2 trillion to $7 trillion in the next decade, of which military spending is a central component. It is still not clear what the economic impact of these measures will be. However, most economists agree that although in the short term they may contribute to sustaining economic growth, in the medium and long term they could be detrimental to the economy, resulting in a considerable rise in public debt, which would increase from 77% of GDP to 109% by 2027.

The Democrats have been a loyal opposition, as shown by their vote on the budget, and the Republicans are trying to keep the president under control with an eye on the midterm elections, in which the Democratic party aims to gain control of one of the chambers. The escalation of the “Russiagate” scandal, which involves both the FBI and the CIA is an example of just how far the crisis can go. The most significant precedent for such political use of the “intelligence community” is the Watergate scandal, which cost Richard Nixon the presidency.