After two rulings protecting the right to an abortion and in favor of LGBT rights, after seven intense years of litigation over the “contraceptive mandate,” the Supreme Court decided to uphold a Trump administration regulation that allows employers with “religious or moral objections” to deny their employees access to birth control. The 7-2 ruling is an important attack on reproductive rights and healthcare access.

This was just one of two major decisions on religious rights announced Wednesday. In addition to the anti-contraception decision, the court ruled by another 7-to-2 vote that employment-discrimination laws do not apply to teachers in religious schools, just weeks after the historic passing of a civil rights law protecting gay and transgender workers. In essence, this ruling has the power to undo aspects of the progressive ruling from just a few weeks before.

Where Did This Ruling Come From?

Trump signed an executive order in May 2017 to “protect” religious freedom. But this order did nothing more than give religious employers the right to refuse to provide contraceptive methods as part of their company health plan. This measure directly affects workers, who will be forced to pay for contraception or obtain them from reproductive health centers, which are becoming even more limited as a result of a conservative offensive amid the health crisis.

The measure claimed to protect employers with “sincerely held religious objections to providing their employees with certain methods of contraception.” The Catholic organization Little Sisters of the Poor, which brought the case against Pennsylvania, was one among many faith-based entities to benefit from Trump’s order.

Religious Freedom or Freedom for Businesses?

The Trump administration argued that requiring employers to cover contraception was a “substantial burden” on religious freedom. In fact, the only freedom the measure protects is that of companies to save money on their health plans. Religious workers who need health coverage, including contraceptives, will not benefit in any way.

Extending the exemptions for all employers who do not want to provide contraceptive coverage for religious reasons could lead 126,000 people to lose access to free contraceptives through their medical coverage.

Trump’s move, and the court’s ruling that supports it, multiplies the obstacles to accessing sexual and reproductive health. But this exception is not entirely new; it was massively extended.

In 2010 Democratic president Barack Obama signed the Affordable Care Act, known as Obamacare. Supporters of the health reform, implemented in 2014, said it would increase health coverage to millions of people. But, it was primarily a handout to private insurance companies. Although public coverage for low-income households increased (via Medicaid), the majority of new people covered were due to the individual mandate. In other words, Obama just forced everyone to take out health insurance if their employer did not provide it.

In its original wording, Obamacare included employers and coverage providers guaranteeing contraception at no additional cost. Churches, temples, and mosques, however, were exempt “for religious reasons.” Nonprofit entities such as schools, hospitals, and NGOs related to religious institutions were not exempt. This current ruling extends the religious exception already included in Obamacare to any religious employer that does not want to cover them. To be clear, Obamacare covers Viagra but does not cover contraception. The double standard is staggering.

In this current case, the religious right used the argument “religious freedom” to refuse access to essential health care. As has happened in the past, oppressive Christian beliefs held or used by businesses took precedence over the rights of working class people.

The 7-2 ruling exposes the lie of the argument to vote for the lesser evil.  Liberals always point to the Supreme Court as the key reason to vote for Democrats. But here we saw “liberal” judge Kagan, an Obama-era appointee, siding against reproductive justice. In the end, this unelected court is clearly not on the side of oppressed people, whether the judges were nominated by Obama or Trump.

Morality and the Pocketbook

The practical result of this failure is that the cost of contraceptive methods is transferred from the employer to the employee. As with other restrictions, religious morality is only an excuse to hinder access to sexual and reproductive health. The majority of its victims are women, especially working class women, forced to pay for contraceptives, which should be included in companies’ health insurance.

The impact is not the same for all people. Many working-class and poor people depend on the clinics to provide contraceptives since they cannot afford them. The same holds for abortion, which has been legal since 1973 but is now severely restricted in almost 30 states.

When the attempt to rescind legal abortion was defeated by a Louisiana state law, feminist and reproductive rights organizations warned that conservative sectors were gaining ground.

The court’s ruling in favor of Trump and religious employers proves them right. It is estimated that in the United States, 29 states have legislation hostile to contraceptive methods and the right to an abortion.

Access to sex education, contraceptive methods, and legal abortion are the only tools for equal access to a basic individual right. No religious belief can justify the setback in rights. Those setbacks will not mean fewer abortions but more inequality: only those who can afford them will access safe abortions. The rest will be forced into clandestinity and face health risks.

This piece was originally published in La Izquierda Diario. 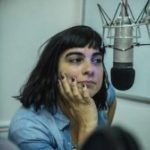