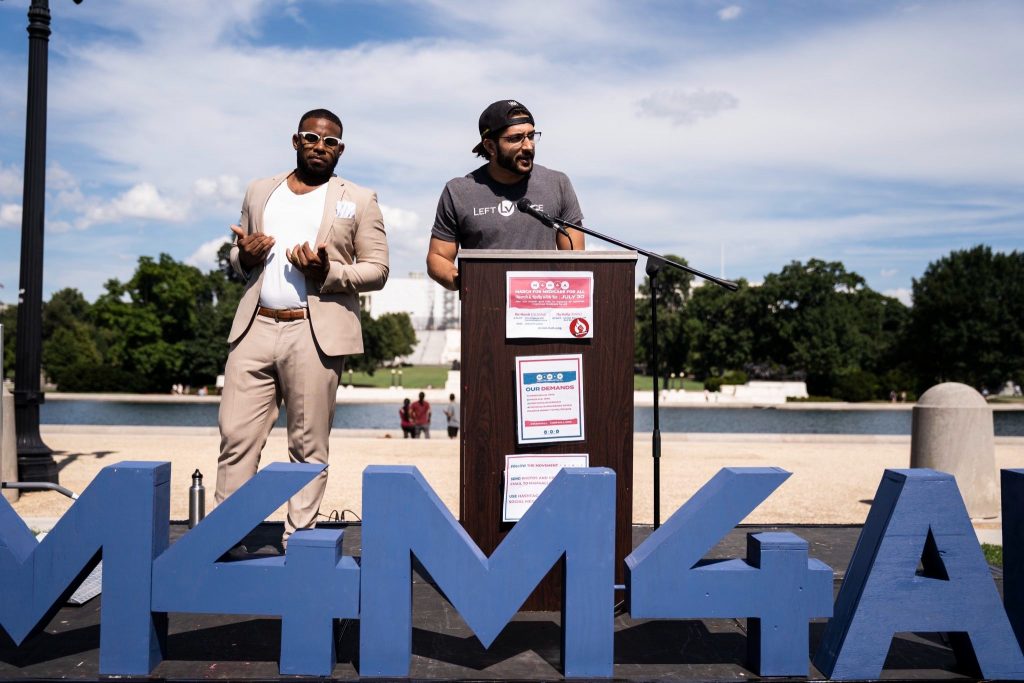 Hi, everyone. My name is Mike, and I’m a healthcare worker in New York City. I work at the nation’s first overdose-prevention center and at a psychedelic-medicine clinic. Before this, I worked in both a federally qualified health center and a hospital in New York. I’m also a member of Left Voice, a revolutionary socialist group with a publication that is part of an international network of news sites.

To start out — and this should be no surprise to anyone — but just in case, I’m going to be really blunt and make things real clear: our healthcare system is a piece of shit that doesn’t remotely foster health or well-being.

I was working in a hospital at the start of the Covid-19 pandemic and saw this firsthand every day. It was made even clearer as the pandemic progressed. I watched as Covid-19 was allowed to spread throughout the population and people were sent back to work early despite the lack of safety. The pandemic clearly showed that the public health system in this country — if we even want to pretend we have one — exists to maintain health just enough so that people’s bodies can hold up to be exploited. This is because our labor is what makes things run, and our labor is what makes certain people in society a whole lot of money.

I mentioned I now work in an overdose-prevention center in New York. Every day I’m working with poor and often homeless patients. Their suffering is a direct result of a society that prioritizes profit accumulation over health. The plight of the patients I work with does not have to exist. We don’t have to live in a world where patients come to see me with literal maggots eating away at wounds on their legs. We can provide everyone with housing, food, healthcare, etc. But the society we live in creates a hierarchy that ultimately benefits the ruling class and the system itself. There needs to be poverty, inequality, and vast suffering in order to maintain this system. We need people living on the streets or people struggling to pay their rent or buy their groceries so that walking, breathing, human-sized pieces of fecal matter like Jeff Bezos or some other billionaire shithead can have 15 yachts and buy a 10th mansion.

Our Bodies under Capitalism

Under capitalism, as our bodies deteriorate because of the various forms of violence inflicted at the individual, societal, and ecological level, the system finds ways to profit even from this.

Our healthcare system today exists to extract monetary value from those bodies damaged by capitalism. Under this system, once we are old, disabled, or undergoing any condition that keeps us from selling our labor, we are thrown to the side. Under this system we are valued only for the money we can make the ruling class.

Today the policies we see pushed by the ruling class are those that serve to maintain the system the way it is. This includes the lack of access to basic rights, rights that every human deserves, such as a healthcare system that actually cares about health.

More recently, the attacks on bodily autonomy, on trans people and queer people, and the attacks on access to reproductive rights show how little our society cares about the health and well being of huge portions of the population. These attacks mark a new phase in the Right’s effort to roll back everything from the right to an abortion to trans children’s rights to a good education.

And these attacks aren’t going to end there. They will continue. They will continue because we live under a system of capitalism that sees each of our bodies only as something to be controlled and exploited for the benefit of the capitalist class. So under this system, our fundamental human rights do not matter. We are seeing how under capitalism, any right we win can be taken away at any moment.

The Democrats Have Only Betrayed Us

Let’s take one quick example, like the fight for abortion. As we see access to abortion attacked by the Right, let’s remember that this is even possible because the Democrats, instead of codifying Roe when they had opportunity after opportunity, decided to use this fundamental right as a bargaining chip to gain votes. And the Democratic Party has used similar tactics around healthcare system “reform.” “Vote for us,” they say, “and then maybe we will help push through Medicare for All. Maybe we will help you get some type of humane healthcare system.”

Well, you know what? We need to say, fuck that! We cannot let a capitalist party hold our fundamental right to healthcare hostage any longer. No matter what fake progressive language that x or y politician may use. We can’t wait, ask, or expect capitalist politicians to give us the healthcare system we need. Whether it is the fight for free, safe, legal, abortion or any right, we should take the examples of how others have mobilized around the globe to help guide us. In terms of the right to abortion, in Argentina, for example, that right was won through fighting for it in workplaces, communities, schools, and in the streets. We must do the same here.

The Democratic Party is not on our side, and it’s not going to help us get the healthcare system we need as a working class. This is the same party that helped uphold a global capitalist system that created the Covid-19 pandemic, then allowed the virus to spread — and is now acting similarly as monkeypox spreads.

The same party that continues to pass military budgets and expand the military-industrial complex — funding that then massively harms the health of people around the globe. And the Democratic Party continues to pass policies to put us on the path toward collapse and ecological destruction

We need to accept these facts and recognize how the party acts, not as the “lesser of two evils,” but as the graveyard of social movements, funneling the energy of movements right back into upholding the capitalist system. For example, it was the Democrats who funneled the energy of the Black Lives Matter movement right back into supporting electoral campaigns. Or today, as abortion rights are under attack, it uses feminism as a buzzword, leaving out the need for racial liberation, queer struggle and liberation, and trans struggle and liberation while telling us to simply keep our heads down and vote for them in the next election cycle. It is these failures of the Democratic Party that then helps create conditions in which the reactionary Right can go on the offensive and embolden white supremacists enough to murder Black people in churches or grocery stores. This is why both the Democratic Party and the Republican Party are parties of capital, parties that ultimately support and uphold a system hurting us all.

Now, as workers, many of us may be part of unions or have friends or relatives in unions. Unions are supposed to be fighting organizations of the working class. But unions today far too often operate as top-down organizations not remotely controlled by rank-and-file workers. Our unions should be used as fighting organizations to mobilize workers in workplaces and demand our rights. But instead it is more beneficial for our unions to sit and bargain over our shitty healthcare plans every contract cycle and call it a win. Then we have to go out and beg for x, y, or z to be covered by parasitic insurance companies, hospitals, or clinics.

Keeping our right to healthcare limited to individual contract negotiations in workplaces also ends up ironically upholding the employment-based healthcare that keeps us controlled by and exploited by our bosses. It keeps people questioning whether to fight back and potentially lose their job and healthcare for them or their family or stay quiet and keep being treated like complete shit.

Those who don’t have a union should follow the lead of Starbucks workers, Amazon workers, and others and fight to unionize our workplaces. And if you do have a union, we have to take back our unions to make them fighting organizations again instead of tools of the Democratic Party.

Beyond Medicare for All

But to be clear — and this may be hard for some to hear — we need even more than National Improved Medicare for All (NIMA). This should be only the smallest first step. Under NIMA many of the industries harming public well-being will still exist, and the capitalist system as a whole will still exist. We should fight for NIMA but then continue to fight for a universal healthcare system under worker control. A healthcare system in which parasitic insurance executives, pharma executives, and healthcare company executives literally no longer exist to profit off our lives. A healthcare system in which every aspect of healthcare delivery is run by and for the working class to maintain the well-being of the public, not to maximize profit.

But as we fight for a system that prioritizes health and well-being, we need to be clear: as long as capitalism continues to exist, we cannot have a society that fosters health or well-being. If our fight is only to reform or slightly improve healthcare, we will fail. A better healthcare system will not stop the economic system from harming us all and destroying the planet. Capitalism is a disease that we must fight to eliminate from this planet altogether. 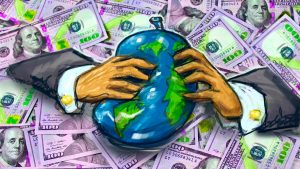