‘Our Very Existence Here Is Our Resistance’: Why Some Palestinians Smile When They Are Arrested by Israeli Soldiers

During this year’s Ramadan, there has been a wave of arrests at the Damascus Gate by the Israeli army of young Palestinians, many of whom are curiously smiling proudly after being beaten up by Israeli soldiers. 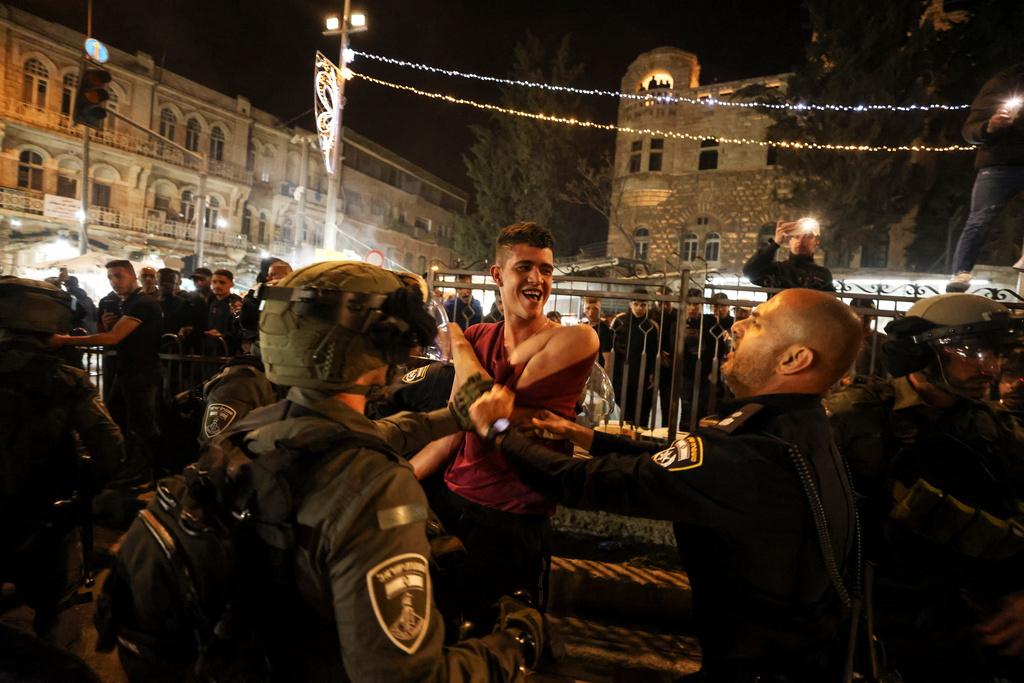 The ancient Damascus Gate becomes a scene of street fighting against the Israeli occupation every Ramadan. Palestinians who go to pray at the mosques in Sharam el-Sherif are harassed by soldiers who are stationed throughout the old city of Jerusalem.

Social networks explode with daily videos of young people surrounded by soldiers trying to arrest them. A single boy resists arrest against 5 or 6 soldiers armed to the teeth who beat his knees, his face, his arms, his neck, and the rest of his body. Many of these young people manage to get up and continue resisting, until they are “subdued.” But despite the blows, the blood gushing from some lip, eye or nose, suddenly we see them look at the cameras and smile proudly.

We talked to Palestinians to learn firsthand the smile’s meaning for their people. “You can arrest my body, but never break my spirit,” says Bahaa from Beit Sahour in the West Bank, a small town near Bethlehem that overlooks beautiful hills where Israeli settlements are perched on top and a separation wall lies at their base.

Alaa Salaymeh, a young Palestinian activist from the Sheik Jarrah neighborhood in East Jerusalem who resists the daily evictions, says, “it’s a form of internal force…Now they are arresting more young Palestinians because in a few days, there will be a celebration for them [Israelis].” He explains that they usually use the Damascus Gate to enter the Old City on this day (Albasih), and that’s why they try to make the Gate empty of Palestinians. “They arrested a lot of guys to make others afraid to be at Damascus Gate. But the fear is on them because when there are a lot of Palestinians at the Damascus Gate, it means that we are in control in Jerusalem. So Israel is arresting us to say, ‘no, we are the ones who control this land.’ But our smile says that Israel is wrong.”

Naji, a young Palestinian from Bethlehem, says that “we smile because we believe that they can stop us, but they cannot make us forget that this land is our land, so we smile to remind them that they are strangers in this land, and that we believe in what we are fighting for.” He finishes sharply: “even if they kill our children and stop us every day, stealing our land and destroying our houses, we are never afraid of them and we are never afraid of their weapons.”

Alaa is a Palestinian activist from a human rights organization. He lives in Hebron, in the southern West Bank, a city with a long tradition of struggle and fierce armed resistance. Since 1997, the city has been divided in two. One part is in the hands of the Palestinian Authority, and the other is under direct military occupation. “There are about 4,000 soldiers here, guarding 700 settlers who live in a walled city where about 40,000 Palestinians lives were stripped of all their rights. I live here; you can imagine how many times I’ve been imprisoned with so many soldiers around me.”

“I smile, and we smile, because we are not afraid of being arrested. It’s also about dignity. It’s a message to the occupiers. It’s a show of strength, and that provokes them, because they can’t control us. Our very existence here is our resistance. We smile because of that.”

In the desert of al-Naqab (or Negev), there is a particular Bedouin fight. There, dozens of communities “not recognized” by Israel are resisting the demolition of their homes. The young Rafat is one of the organizers of this resistance and has been imprisoned on several occasions for confronting the soldiers who were trying to make families homeless. He says that “the smile is a proof of the inferiority of every act committed by Israel. If a smile can break the fragility of the soldiers, the border police and the Israeli settlers, the moral power remains with us, the Palestinians, and that provokes them.”

The Palestinian struggle is taking place in all territories, including the so-called diaspora, where refugees who were displaced have kept the keys to their homes in the hope of returning soon. From a refugee camp in Jordan, Lee tells us that “the secret of the Palestinian smile comes from the feeling of pride for being taken away in the name of protecting my land. Being detained in the name of singing for Palestine and her beauty. Being arrested in the name of standing for my rights. There’s this power that explodes within a human when they feel like they’ve done something right, something good and that’s the secret of the Palestinian smile.”

First published in Spanish on April 5 in La Izquierda Diario.