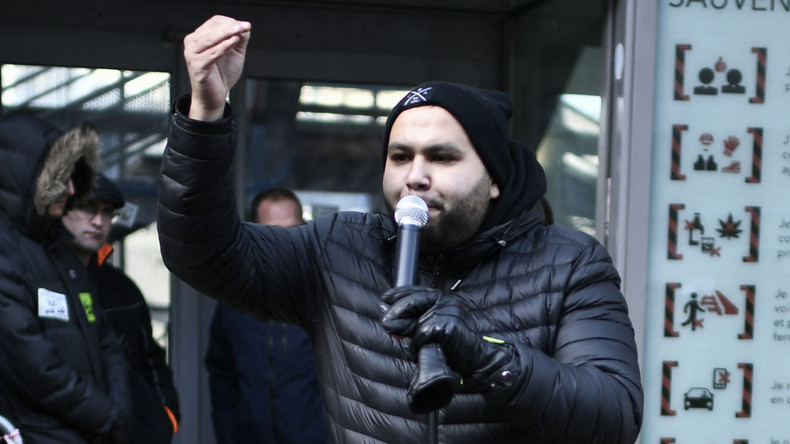 In an open letter published on November 22 by Mediapart — the independent French investigative journalism website — more than 250 noted figures in France have denounced the offensive launched against by Anasse Kazib and defended his presence in the 2022 presidential elections. Kazib is a revolutionary worker who has been at the forefront of working-class political struggles in France in recent years.

The letter discusses Eric Zemmour, a noted figure of the French far Right who is running for president. It also makes reference to the 500 “sponsorships” that are required from mayors, members of parliament, and councilors from the more than 30 different departments (which are like counties) in order to gain ballot access.

A translation of the text of the open letter, originally titled “In an election of unabashed racism, the absence of Anasse Kazib would be a defeat,” follows. Signers include Assa Traoré, an anti-racist activists and sister of Adama Traoré, who was killed by French police; philosopher Alain Badiou; economist and philosopher Frédéric Lordon; and many noted academics, public intellectuals, artists, musicians, and so on. The original letter, including the full list of signers can be found here.

Since the rally to launch his presidential campaign on Wednesday, October 20, Anasse Kazib has been subjected to a vicious far-right campaign, with thousands of tweets calling for his “remigration” and hundreds of death threats. Largely ignored by the media, this offensive against a candidate of North African origin is a real scandal in the presidential elections that must be widely denounced.

These racist attacks come on top of the difficulties faced by the railway worker, a figure in the movements against the rail pact and pension reform, even to be at the 2022 starting line. Described by some as an “anti-Zemmour,” he indeed faces many obstacles: a political refusal by banks and insurers to provide basic services for the collection of donations; the cost of the campaign; a media blackout; pressure on elected officials to refuse to sign his sponsorship papers for ballot access; and so on.

This is the opposite of the favorable conditions for the Zemmour campaign, which has saturated the media and political space for months with its racism and xenophobia. Despite his outrageous reactionary statements and his multiple convictions, notably for race hatred, the path to the 2022 presidential election seems to have been paved especially for the polemicist of the extreme Right. And it is his supporters who are trying to intimidate Anasse Kazib.

It is our conviction that an electoral system that seeks to be democratic must give a candidate like Anasse Kazib his place. He speaks for the part of the population that aspires to transform a society that currently seems to promise only mass unemployment, precariousness, low wages, and discrimination. That is why — and even without necessarily sharing his program and his project — we lend our democratic support to ensuring Anasse Kazib can run for office. In the context of an election that some people want focused on themes of security, xenophobia, and racism, and in the face of all the obstacles to his candidacy that have been erected, we believe that progressive parties and democratically elected officials have a responsibility to facilitate access to the presidential election for this young worker, from an immigrant background, who lives in a working-class neighborhood, and who has already collected about a hundred sponsorships.

Given the virulently racist and anti-Muslim discourse of Zemmour and his supporters, as well as from a notable component of the political spectrum more generally, not to allow a candidate like Anasse Kazib — who aims to contribute to the debate on social and democratic issues — to take part in the debates would be a real loss.

First published in French on November 22 in Révolution Permanente.