Over a hundred arrested at climate change rally in Paris

On Sunday November 29, French riot police fired tear gas at activists protesting on the eve of the COP21 climate summit in Paris. Some demonstrators were also severely beaten with batons. Over a hundred people were arrested at the demo that was attended by more than 5,000 people. 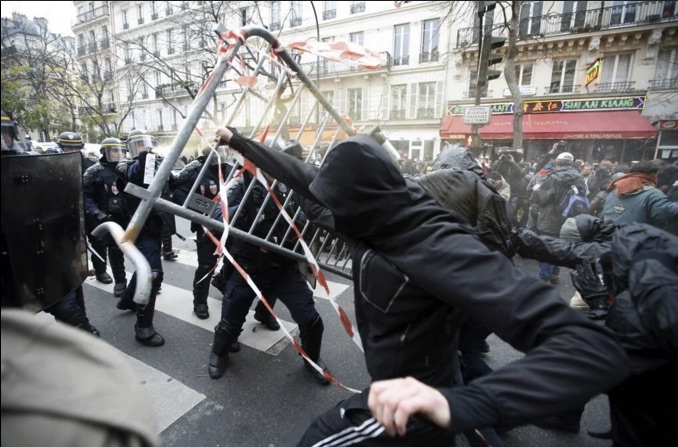 The authorities had warned people not to hold gatherings during the state of emergency declared by the Hollande government after the Paris attacks on November 13.

In a press release, the New Anticapitalist Party (NPA), of which the Revolutionary Communist Current is part, demanded the immediate release of all those arrested, which include NPA leaders Oliver Besancenot and Christian Poupin and dozens of activists from other organisations.

The NPA statement says that the arrests “show that the state emergency is not targeted at Daesh terrorism but against all those who want to exercise their basic right to demonstrate”. The United Nations’ COP21 climate change conference will be attended by 152 heads of state and is supported by the same big companies responsible for destroying the planet.

We express our solidarity with the activists and demand the immediate release of all those arrested, among whom are members of the Revolutionary Communist Current of the NPA.

Down with the state of emergency!

For the defence of the democratic liberties!