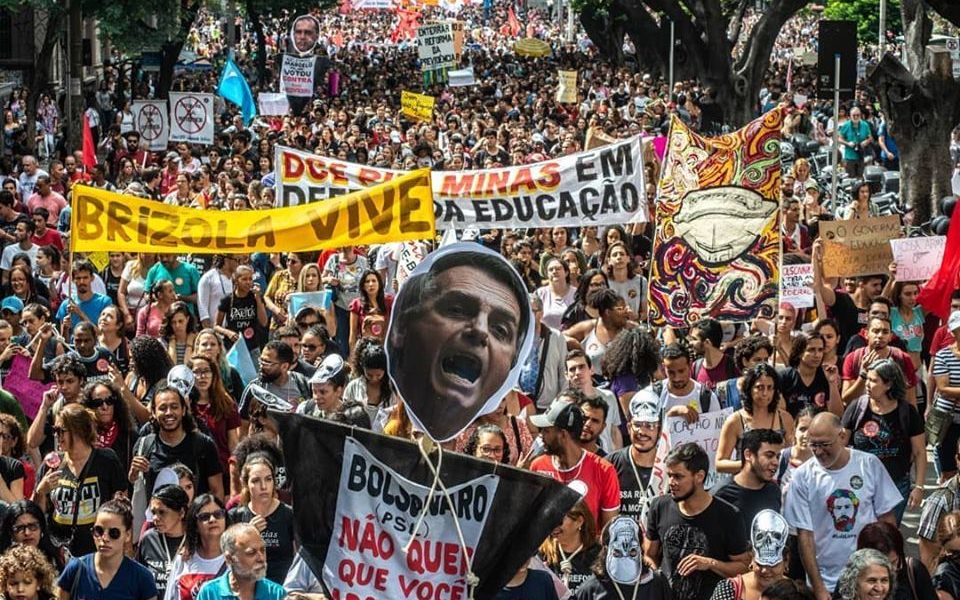 “Bolsonaro, go fuck yourself. The youth aren’t scared of you!”

Similar chants echoed in the streets of over 200 Brazilian cities as students led the country’s first mass mobilizations against “the Trump of the Tropics”, ultra-right wing Jair Bolsonaro. Organizers estimate over a million people were in the streets yesterday.

Students and teachers at universities and public schools across Brazil organized a nationwide strike to protest the Bolsonaro government’s 30% cut to the education budget. These strikes, organized by 50 trade and student unions across the country, represent the first national strike since the election of President Bolsonaro in 2018.

Since taking office in January, the far-right president has undertaken a crusade against what he calls “cultural Marxism” in Brazilian education. With the slogan “defeat leftism,” the Education Minister announced a 30% reduction in university funding, targeting a sector that was especially active in opposing the coup government of former president Michel Temer. Bolsonaro’s attacks are meant to punish and isolate his political opponents and to stop students and teachers from playing a crucial role in leading any further struggles against further austerity policies, especially the pension reform.

Wednesday’s strikes were by far the biggest since students at Pedro II high school first took to the streets of Rio de Janeiro on May 6 to demonstrate against what they call the “persecution of critical thinking” and steps by the government to “militarize schools” which, they argue, undermine their autonomy. 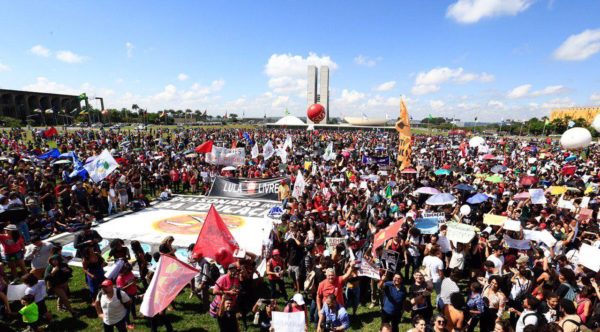 Photo by Karina Zambrana of the mobilization in Brasilia, the capital of Brazil.

Mobilizations and assemblies have been especially large in the major cities of south and central Brazil, where Bolsonaro won a majority of votes in 2018. Along with public schools and universities, dozens of private schools in São Paulo have also joined the cause. According to the union that represents private school teachers, 25 private schools in the city were expected to suspend their activities partially or wholly, with teachers and students joining the mobilizations. In the University of Sao Paulo, students representing dozens of undergraduate programs also voted to suspend activities and join the demonstrations. There, like in many cities across the country, students picketed their university in the morning before joining the 40,000+ protest in the afternoon. At one of the country’s most elite public universities, the University of Sao Paulo, students united with the non-teaching staff for the morning picket. In Santos, a smaller city outside of Sao Paulo, oil workers joined the mobilization, speaking out against the privatization of Petrobras.

Protestors chanted “education is not a commodity” and “there will be no cuts, there will be fight” and in Rio de Janeiro, spoke out against the police brutality that is all too common in the militarized city.

Brazilian media calls this “the end of Bolsonaro’s honeymoon” with Brazilian society. These protests were organized despite the actions of union leadership, which have failed to mobilize against pension reform and other policies and delayed taking action until June.

Bolsonaro, who was at a gala dinner in Dallas, Texas said, They [the protesters] are useful idiots, imbeciles, who are being used as the maneuvering mass of a clever little minority who make up the nucleus of many federal universities in Brazil.” 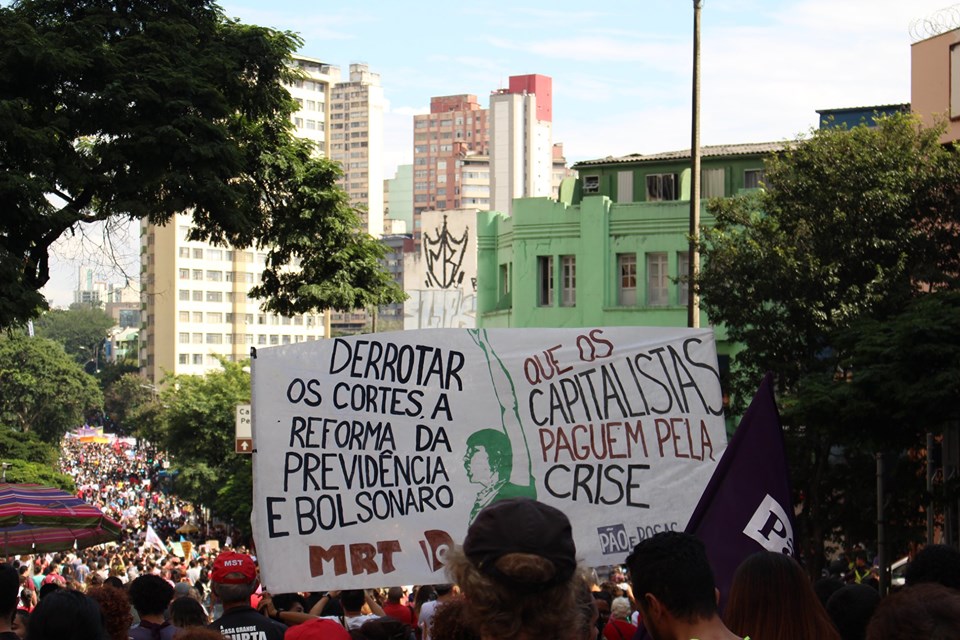 “Defeat the cuts, pension reform and Bolsonaro! The capitalists should pay for the crisis.”

Left Voice spoke to Marcelo Pablito who represents the non-teaching staff of the University of Sao Paulo and the Revolutionary Workers’ Movement, who argued that the events of Wednesday are just the beginning. “May 15 will be the start of a tireless fight, with assemblies, committees of the rank and file, and regional meetings to coordinate a plan of action to defeat Bolsonaro.” He, and the signs held by the Revolutionary Workers’ Movement called for a unified struggle against the education budget cuts and the pension reform law.

Pablito added that they must not entrust the struggle against Bolsonaro’s measures to the bureaucratic labor leaderships controlled by the Workers Party, who upheld a “truce” with the government. “It is urgent that we build a single national delegation, elected by the rank-and-file, beginning with students who are now the vanguard of the movement. It is fundamental that we unify the student and labor movements of all industries and branches of production.” 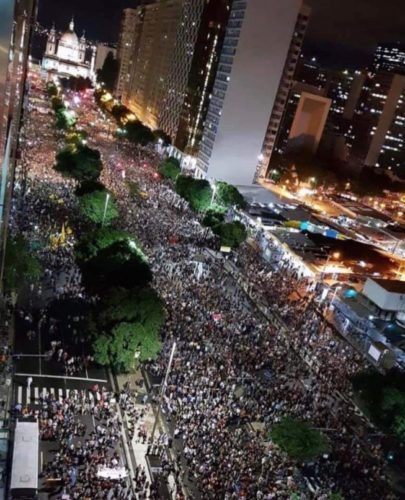