University students in the UK organize protests against Trump on campus 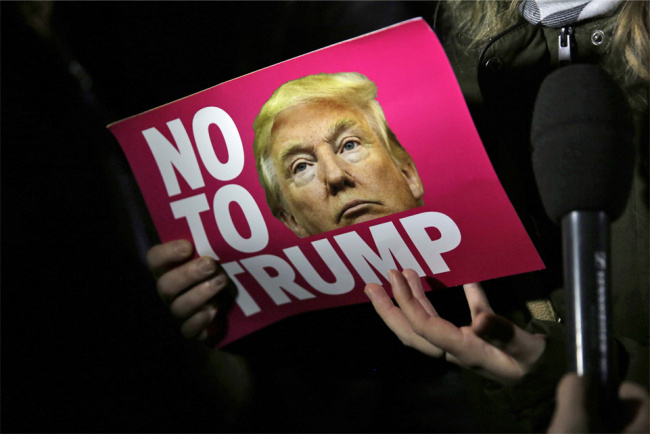 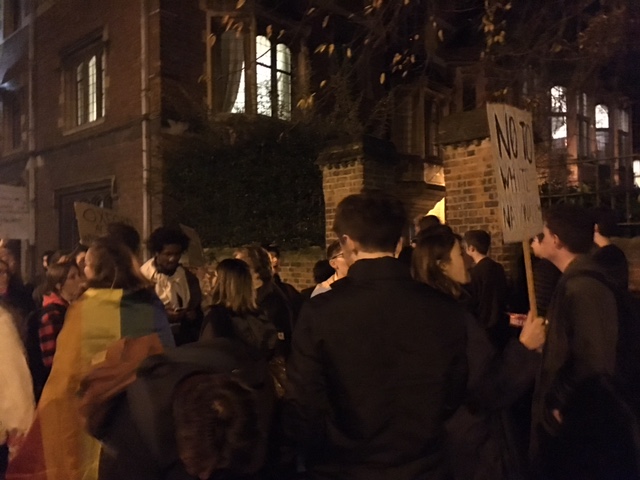 Trump’s campaign, led by Lewandowski, was fuelled by hate, racism, misogyny and right-wing populism. Hundreds of students and political activists joined the protest to say, “NO to Trump, NO to racism, NO to misogyny” and to stand up to right-wing forces emboldened by Trump’s victory.

The statement from the LGBTQ campaign read, “Corey Lewandowski was a key political operative in Donald Trump’s presidential campaign. He was therefore a major architect of Trump’s racist, misogynistic, able-ist and queer-phobic rhetoric and policies. Donald Trump has proposed appointing Supreme Court Justices who would work to overturn marriage equality and Roe v. Wade, stripping women and LGBTQ citizens of hard-won legal rights.”

Oxford Migrant Solidarity (OMS) published the following statement:
“Donald Trump and his former campaign manager Corey Lewandowski have consistently engaged in racist and xenophobic stereotyping of immigrants throughout the course of Trump’s presidential campaign as part of a cynical attempt to pit working people against each other instead of against the ruling class of which Trump and his allies are members. They have directly and indirectly incited violence against racial minorities, immigrants, and Muslims. And, as we are seeing, their incitements have been successful in encouraging hate crimes across the US and beyond. Oxford Migrant Solidarity continues to stand in support of all vulnerable people striving to improve their lives and the lives of their families, regardless of immigration status. We recognize that migrants form an integral part of our communities, neighbourhoods, workplaces, and cultures. We recognize that America’s true ‘immigration crisis’ has long been state violence at the US-Mexico border and the violent deportation regime inside the US. We recognize that whereas migration is not a ‘problem’ to be ‘solved,’ global poverty—including in Latin America—is.”

The Labour Club stated, “Corey Lewandowski’s speech at the Oxford Union marks the first time Trump’s team will make themselves heard in the UK since the election. This is a key time to oppose their politics, and defend those who it threatens. It is simply not enough to welcome these demagogues into the fold and hope that their worldview can be questioned away. Marginalised people are reporting unprecedented harassment, violence and intimidation. Virulent anti-Semites have already received prime positions in the White House. Trump is doubling down upon promises of mass deportation. The bodily autonomy and safety of women are under serious threat. Millions stand to lose access to healthcare. Despite all this, there are persistent attempts to normalise Trump’s movement. It must instead be opposed.”

Yesterday’s demonstration against Lewandowski follows similar protests in London. Last week, about 200 people gathered outside the US Embassy to protest Donald Trump’s election. Protesters chanted and waved signs that read, “No to Racism, No to Trump!” The demo takes place before Saturday’s national rallying calling for and end to marketization of education and free, accessible and quality education across the UK.