After a resounding defeat in yesterday’s elections in Madrid, Pablo Iglesias has announced that he is resigning from politics. Podemos is in crisis. 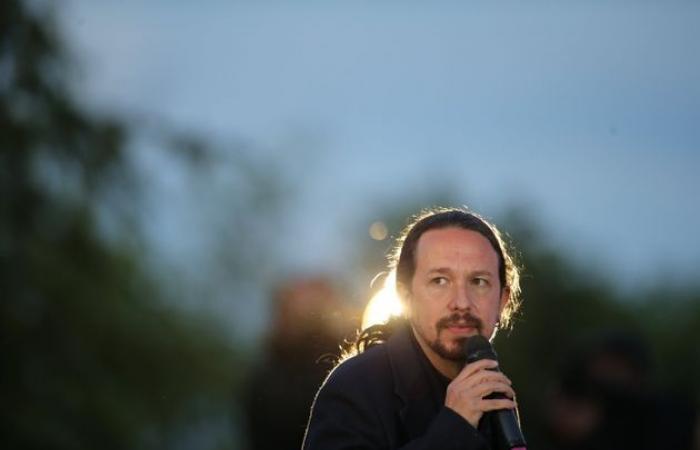 In an election that has been nationalized and polarized as never before, and with record turnout, the Right won yesterday’s elections in Madrid. Isabel Díaz Ayuso of the Partido Popular (PP) won 44.48 percent of the votes and 65 seats. This is a huge loss for Podemos and Pablo Iglesias, who mobilized his entire party to shore up their position in Madrid.

Two months ago, Pablo Iglesias announced that he was stepping down as vice president of the national government to fight an “epic battle” against “fascism” in Madrid. He had decided to stand as the lead candidate for the left-wing coalition Unidas Podemos in the Madrid regional election against incumbent Premier Isabel Díaz Ayuso of the right-wing Partido Popular. Ayuso, who is on the far-right of her party and an opponent of coronavirus lockdowns, had called the snap elections after breaking with Ciudadanos, the PP’s junior coalition partner.

Last night, the PP — which has been governing in the Community of Madrid for 26 years — won a resounding victory. The party won 44.7 percent of the vote, giving them control of 65 out of 136 assembly seats. Unidas Podemos, meanwhile, only won 10 seats. This is less than half of what rival party Mas Madrid won — that party was founded when  Íñigo Errejón split from Podemos two years ago. While the result doubled the number of seats for the PP, the party fell short of an outright majority. This means that the party will likely have to rely on the extreme far-right party VOX to govern, a party with which the PP shares “fundamental agreements,” according to Ayuso.

On Tuesday night, after the election results became clear, Iglesias announced that he would leave politics for good. “I will continue to be committed to my country, but I won’t stand in the way of a renewal in leadership that needs to happen in our political force,” he said.

The decision could not be more worrying for those who voted for his party. If the struggle between “democracy” or “fascism” was at stake, as Iglesias had claimed, did “fascism” triumph? If so, how can the Podemos leader leave politics at this precise moment? Iglesias’s decision was a gift for the PP and for VOX who can now say that they not only won the elections, but achieved such a crushing defeat over Podemos that they ended the political career of its leader.

Pablo Iglesias entered politics seven years ago with a project that promised to put an end to the “political caste” of the PP and PSOE. He founded Podemos in 2014. The party grew out of the anti-austerity movement in Spain, also known as the 15-M or Indignados movement. Hundreds of thousands of young people became active in the occupation of public squares. Iglesias promised to take that fight to the highest halls of power.

Quickly, his neo-reformist program became more moderate, particularly when Podemos entered the capitalist governments of several large cities. A year ago, Unidas Podemos became a minority coalition partner in the Spanish government, led by the PSOE. As Scott Cooper explained in Left Voice,

In a July 2016 interview, Pablo Iglesias responded to a question about the electoral path this way: “That idiocy we used to say when we were on the extreme left that things are changed in the street and not in institutions is a lie.” Since then, Podemos has functioned to halt the mobilization of the Spanish masses against its oppressors — the very sort of mobilization from which it was born. Now it enters into a pact with the very institutions it once claimed to fight against, joining a government in which it will take ownership of all the neoliberal steps required to meet the demands of the IMF, the EU, and Madrid’s stock market.

Iglesias is retiring after having helped the PSOE to recompose, as one of the pillars of the Spanish political regime. He has been questioned for the Bonapartist methods used within Podemos against the opposition, and for his electoral pragmatism, since he always ready to make concessions to reach a government post.

In these last elections, however, many believed that Pablo Iglesias was returning to his origins, with an “anti-fascist” discourse and addressing the working-class neighborhoods. But this was all a fraud — merely an electoral strategy to avoid the catastrophic fall of Podemos, which had already been predicted. Iglesias’s presence in the elections managed to keep the party in the Madrid Assembly with 7 percent of the votes, although it came in last place.

This last capitulation by Pablo Iglesias marks the end a political chapter. But it is not the time to cry over the triumph of the right wing, or lament Iglesias’s exit. It is time to fight to organize workers in their workplaces, to stand with the student movement and the precarious youth, against the consequences of a crisis that the capitalists want to make us pay for again. The only way to crush the right is with the strength of the movement.  It is time to move forward decisively to build an anti-capitalist and working-class Left that can fight the right, fight the capitalists, and overcome the bankruptcy of neo-reformism.

Modified translation of a May 4 article in Spanish in La Izquierda Diario.
Translation and adaptation by Otto Fors