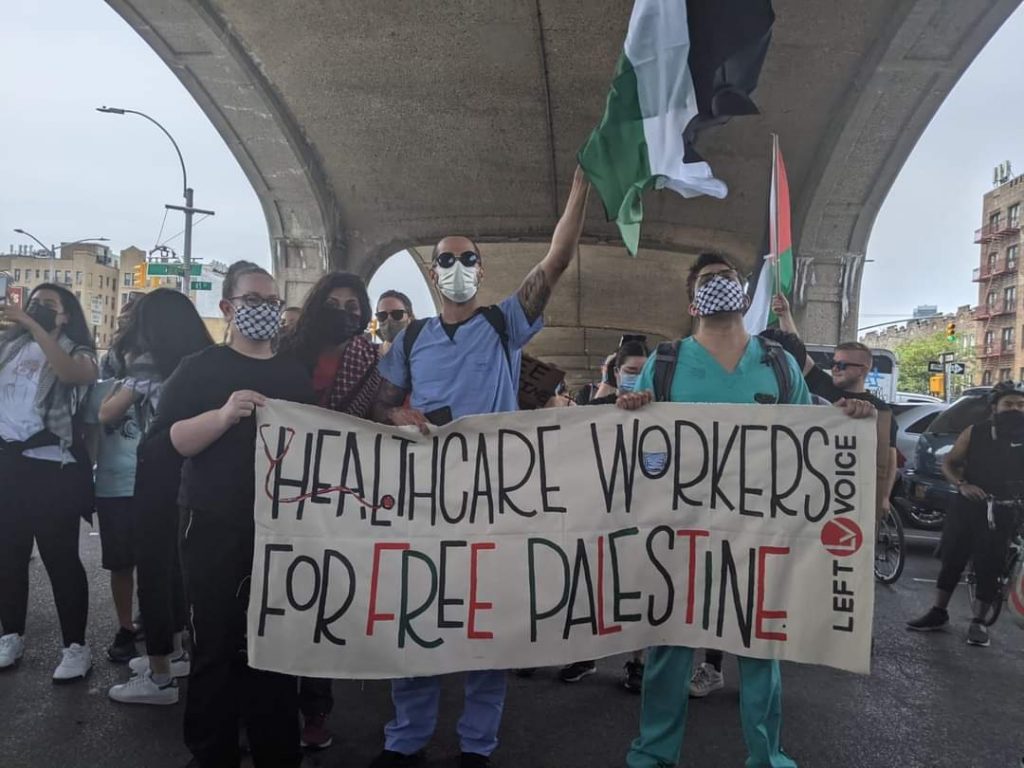 In 2014, the University of Illinois at Urbana-Champaign (UIUC) fired Steven Salaita from a tenured faculty position. Salaita, a Palestinian-Jordanian-American scholar, had been hired as a professor of indigenous studies by UIUC. The firing stemmed directly from Salaita’s condemnation of Israel on social media for attacking Gaza in 2014. Salaita sued UIUC, who settled with him for a sum of $875,000. Freedom of Information Act documents also revealed donors threatened to withhold funding unless university administrators terminated Salaita.

Emily Wilder was fired from her job as a reporter for the Associated Press after Sanford College Republicans branded her an “anti-Isreaeli agitator” based on her old social media posts in support of Palestinian people. German broadcasting company Deutsche Welle also released detailed instructions to its journalists on how to cover Israel. Included in these directives were strict instructions against using the words “apartheid” or “colonial” to refer to Israel.

Dr. Ritika Goel, a family doctor at the University of Toronto, was accused of antisemitism and became the target of a smear campaign run by some of her colleagues for expressing solidarity with the Palestinian people. Dr. Mike Pappas’ video at a Free Palestine protest was shared by his labor union, Committee of Interns and Residents/Service Employees International Union (CIR/SEIU). However, the video was quickly taken down by CIR/SEIU amid Zionists’ attempts to dox Pappas and call for his termination.

These are only a handful of examples. The civil rights organization, Palestine Legal has reported that from 2014 to 2020, it responded to 1707 incidents of suppression of advocacy for Palestine in the United States. These accounts only include incidents that were directly reported to Palestine Legal.

Whether it is the Holocaust or more recent hate crimes, the people of the Jewish faith have a long history of being persecuted. Antisemitic violence against Jewish people continues to this day and is inexcusable. It is disingenuous, however, to conflate criticism of the Israeli government for the ethnic cleansing of Palestinians with antisemitism. As Peter Beinart says in The Guardian, “Anti-Zionism is not inherently antisemitic – and claiming it is using Jewish suffering to erase the Palestinian experience.” This conflation is also a reductionist position and falsely implies that all Jewish people support the actions of the Israeli government because why else would condemning Israeli settler-colonialism be equated with hatred for the Jewish people?

Discussions about the Palestinian struggle in the mainstream media and among neoliberal politicians elide the power dynamics at play. The disingenuous both-siding portrays the colonized as a threat to the colonizer, which is the most highly funded and militarized state in the Middle East. It also effectively shields the Israeli government and its supporters from any past, present or future acts of violence.

We often fail to see how countries like the United States exploit the horrors of the Holocaust and antisemitism to further their own imperialist agendas by maintaining a proxy state in the Middle East. It should surprise no one that, rather than condemning Israel’s actions, Joe Biden approved $735 million arms sale to Israel as it was carrying out its brutal assault on Palestinian people.

The threat of employer retaliation for showing solidarity with Palestinian lives is very real. US imperialist interests and the false equation of Zionism with redress for the Jewish people has led to the systematic labeling and persecution of anyone who dares to speak up on behalf of the Palestinian people. It has resulted in loss of employment and ostracization from professional circles and it continues to intimidate others from speaking up.

Support for Palestine is also stifled by the performative and deceiving nature of corporate activism. By this virtue, activism that is not good for business is not worth engaging in. Corporations and academic institutions are now embracing Black Lives Matter slogans and rainbow flags, not because they are interested in material and structural changes, but in order to boost their brands to their clientele. Solidarity with Palestine, despite its popularity, is too much of a liability due to fear of backlash from the racist-capitalist ruling class.

As workers, we are intrinsically connected to all class struggles everywhere in the world. Be it the streets of Minneapolis, Yangon, Cali or Sheikh Jarrah, racialized capitalism and imperialism will continue to exploit our health and wellbeing unless we come together to support each other. We must organize against unjust workplace censorship and retaliation for showing solidarity with Palestine. Our employers might think they can silence us by punishing us, but we know that they need our bodies to make their profits. An employer’s worst nightmare is when workers realize their collective power. Together, we can and should organize against any workplace retaliation for showing solidarity for a free Palestine.